Kellie Pickler: 'The Goal Is to Cash Out and Help the World' - Rolling Stone
×
× 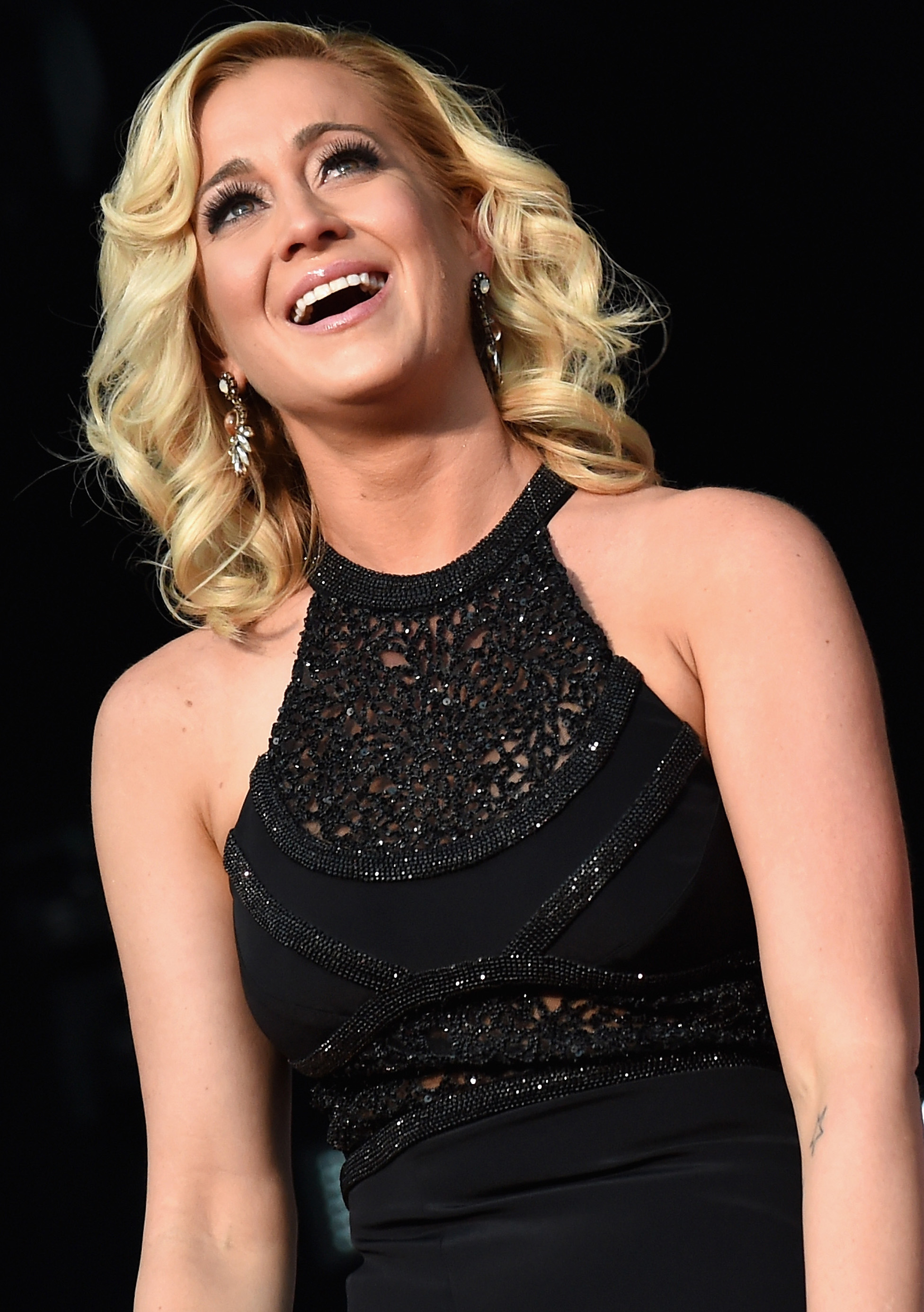 “I don’t care about what you’re wearing or what I’m wearing. I don’t give a shit about clothes,” Kellie Pickler tells Rolling Stone Country, seated backstage at the CMT Music Awards earlier this month with her husband Kyle Jacobs. In a dress of turquoise sparkles and jeweled heels, she can certainly turn on the designer glitter when the occasion demands, but she’d much rather talk about the men and women in army fatigues whom she’s met during eight USO tours than whoever made her (very shiny) clutch purse.

“It’s imperative that we get back to the basics,” she says. “Get back to what matters and what’s really important. Not our shoes, not our hair, not our makeup. Can’t take it with ya. I do my job as a vehicle to get me in the door so I can be a part of people’s lives and make a difference.”

For Pickler — who is gearing up to launch her CMT reality show with Jacobs, tentatively titled I Love Kellie Picker, in the fall, as well as beginning work on her next LP — the music is a handy way to gain the visibility she needs to pursue more charitable endeavors. Namely, her work with the military, but Jacobs mentions thinking bigger: starting some orphanages, traveling the globe. “The goal is to get to a place where we can cash out and help the world,” Pickler says.

It’s not bloated talk. Way more than just engaging in a staged celebrity photo op, Pickler’s traveled to Afghanistan and Iraq, and received the first-annual Operation Troop Aid Chris Kyle Patriot Award at LP Field during CMA Fest from the parents of the American Sniper author himself, recognizing her service.

Her newest single, “Feeling Tonight,” however, shows the duality of the onetime American Idol hopeful — it’s pure summertime breeze, as serious as silly jokes about the correct way to pronounce “salmon.” Though she’s singing about the early butterflies of young love, the song actually marks the first time she’s enlisted her husband as producer, who will also have a hand in the entire new LP.

“We met and then we started writing the very next day together,” Pickler says. “So we have been writing together for years. But we’ve never been in the studio together [before ‘Feeling Tonight’]. If we’re not happy with a lyric or a melody, we just change it. Make it right.”

Adds Jacobs, “Our marriage is first, one hundred percent. But we are also creative people.”

It’s an ethos that applies to their reality show as well. I Love Kellie Pickler will explore the more lighthearted moments of the couple’s Nashville life, though Pickler and Jacobs both hope that if it does well enough, there will eventually be a budget to allow for international travel and an integration of their philanthropic work. “We would love for the show to create an empire so we can go all around the world and make a difference,” Pickler says.

She’s also not eager to engage in the “Tomatogate” debate, opting to put things in perspective instead. “There are bigger issues going on in the world than being called a tomato,” she explains. “I’ve been called worse! If our biggest thing is fighting to get on the radio, then that’s a good problem to have, considering what other women are dealing with around the world, who would do anything to trade problems with women in country music.”

Despite her very serious side, Pickler’s still plenty goofy. Case in point: a certain photo bomb of the Terminator/Governator during the CMT Awards broadcast. “I was walking, going to my seat, and I saw the back of two people’s heads,” laughs Pickler, who copped a goofy face in the background. “But guess who it was? Arnold Schwarzenegger. I’m mortified. I couldn’t see his face, all I saw was the back of his head — and then I thought, ‘Oh crap!'”