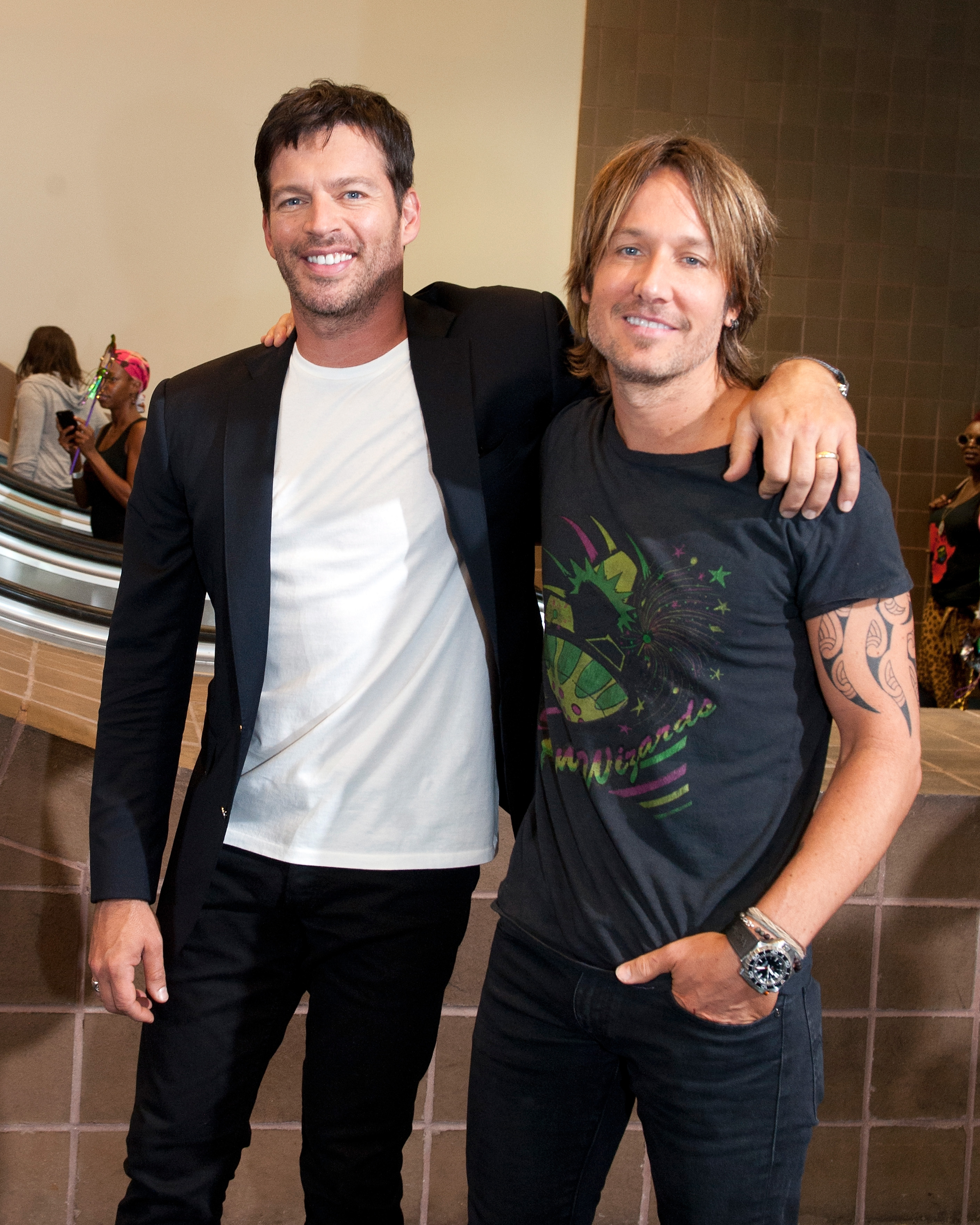 Now in their second season of flanking Jennifer Lopez at the judges’ table on American Idol, Keith Urban and Harry Connick Jr. have developed an even stronger rapport.

The two sat down with Rolling Stone Country in Los Angeles to chat about the Fox singing competition’s 14th season. While discussing changes on the show and their own respective careers, they were literally finishing each other’s sentences, cracking each other up and even musing on a possible collaboration at some point.

The pair’s most recent collaboration happened during a Kansas City audition episode, when Urban and Connick jumped up to join a banjo-playing hopeful on the theme song from The Beverly Hillbillies, singing every word and clapping along to the amusement of Lopez.

“That was pretty fun,” Connick says with a laugh. “People always want to know, ‘Do you remember that?’ And 90 percent of the stuff I don’t remember saying or doing because it’s not scripted.”

“Absolutely. I have no recollection of doing the Beverly Hillbillies theme,” says Urban, explaining that Lopez was unfamiliar with the song because, “She’s from the Bronx.”

Both think the network’s decision to trim Idol later in the season from its customary two nights to one — condensing the performances and eliminations into a single show — is a wise move for the series, which has seen declining ratings over the course of its run.

“It’s the speed of which people process everything and consume everything and the time that people have. I think the [change] lends itself to that really well,” says Urban.

“If you want to be frank about it, no matter how great a show is, I think people get viewer fatigue and it’s nice to throw a curveball at the public,” says Connick. “I remember being onstage, and an hour for a results show is a really long time.”

Urban is also happy with the addition of Big Machine Label Group head Scott Borchetta as the in-house mentor, replacing the departed Randy Jackson. He says the man behind the careers of acts like Taylor Swift and Florida Georgia Line “has a sense of the things that are required now for an artist.” (Borchetta’s BMLG will also oversee the launch of the winner’s recording career.)

Idol will occupy most of Urban’s time for the next few months but he’s always got his thinking cap on, and says he’s in the process of “conceptualizing the next record” with both full songs written and some demos recorded. He has yet to start talking to producers but is excited about following up his gold-selling 2013 album Fuse.

“Like most artists, the record’s all up in my head and I’ve got to get it out of there and figure out who can help me get it out,” he says. Urban is also tossing around ideas for the next Country Music Hall of Fame benefit concert — All 4 the Hall — that he and Vince Gill stage every year. He lights up when the thought of enlisting Sturgill Simpson is suggested. “We should just basically start with him and pick the theme based on him,” he says. “He’s the best.”

But Urban’s next order of business is shooting a video for “Raise ‘Em Up,” his duet from Fuse with Eric Church.

“We’re going to shoot it at the end of this month,” Urban says. “Eric’s wife is having a second baby so he and she are waiting on that right now.”

“And,” interjects Connick, “I’m still putting the final touches on the choreography. It’s taking me awhile.”

American Idol airs Wednesdays and Thursdays at 8 p.m. on Fox.