While the CMA Music Festival raged one hour to the north, the 14th annual Bonnaroo Music and Arts Festival brought 85,000 people to middle Tennessee this weekend, packing everybody onto a dust-choked farm with five main stages and upwards of 100 bands.

Also tossed into the mix were several left-of-center country acts, continuing Bonnaroo’s practice of honoring Tennessee’s longest-running genre while still keeping things weird. This year, Kacey Musgraves was one of the only mainstream country stars to make the cut, hitting the stage on Friday night for a performance that was considerably looser, bawdier and more hippie-friendly than, say, Miranda Lambert’s gig at the same stage several years prior. Decked out in a cowgirl dress worthy of a Disney heroine, Musgraves was eager to let the crowd know she was one of them, happily pointing out the cloud of pot smoke wafting above the audience and, halfway through her set, changing the first verse of “The Trailer Song” to include the line, “What’s it to you if it’s Wednesday at noon and I’ve traded my iced tea for. . .mushroom tea?”

Following an enthusiastic response to “Biscuits,” the lead-off single from this month’s Pageant Material, she also dished out some behind-the-scenes industry news, explaining, “They just pulled that one off the fucking radio. I don’t know what that means. I guess they don’t like biscuits.” Even so, the Bonnaroo crowd ate it up. 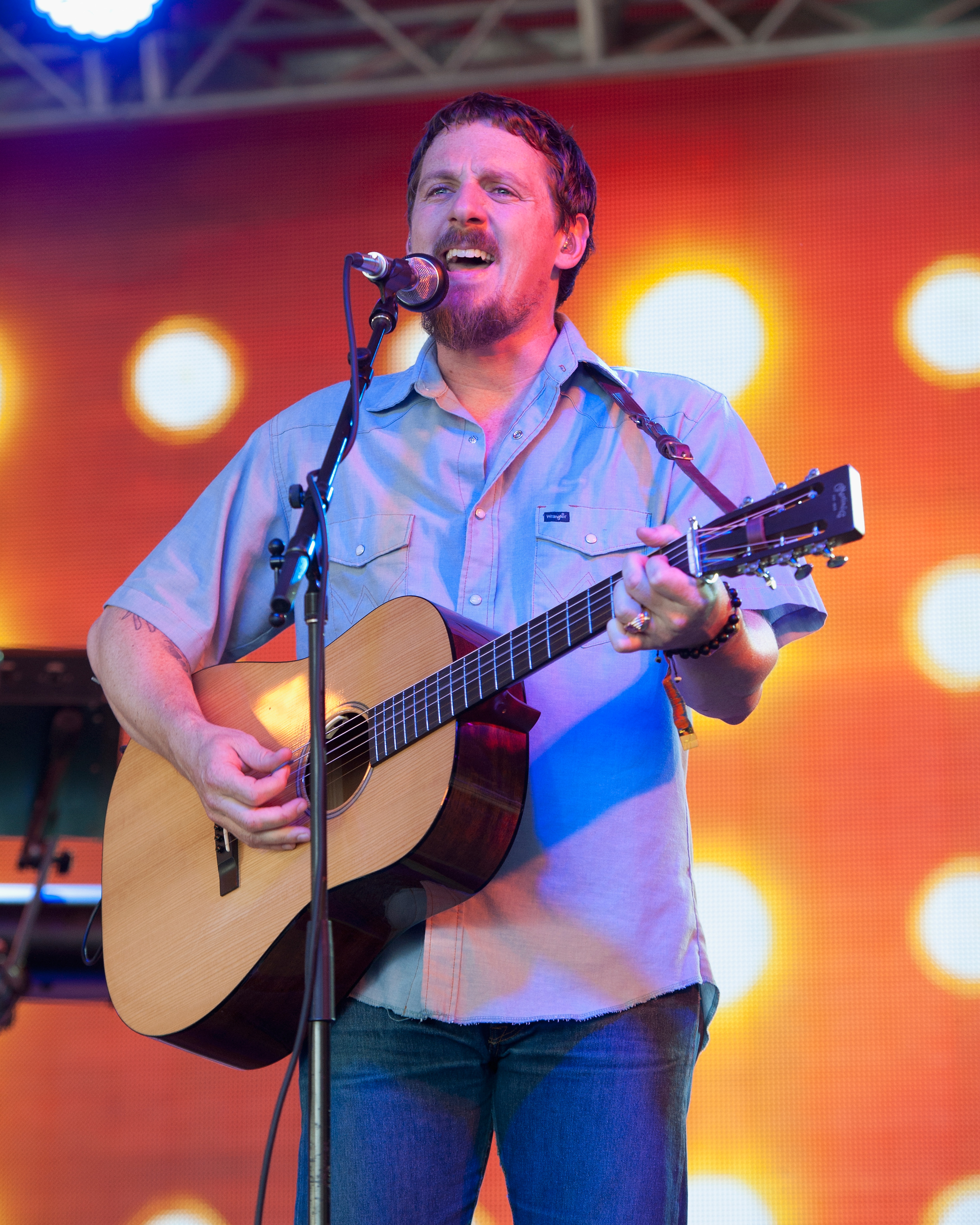 One sweltering afternoon later, while Hozier serenaded the bulk of Bonnaroo’s female fans with requests to take him to church, Sturgill Simpson brought an army of dudes to a tent filled with humidity, shirtless torsos and hard-hitting psych-country. (Slayer was the only other band to pull such a male-heavy audience.) “Let’s burn this fucking tent down!” he announced toward the end of a 75-minute set, driven forward by the one-two punch of Simpson’s backwoods bark and the honky-tonk horsepower of what may be the finest backing band in contemporary country.

It was a ferocious performance, with particular kudos going to guitar wiz kid Laur Joamets, a nominee for best instrumentalist at the upcoming Americana Awards, and Simpson himself, whose “Turtles All The Way Down” — punctuated by the infamous line “Marijuana, LSD, psilocybin and DMT/ they all changed the way I see” — could double as the official theme song for a festival rooted in hippie culture.

A Thousand Horses helped close out the weekend, visiting the Who Stage — a small, club-like venue in the back of the festival’s main field — for a short show on Sunday afternoon. An under-the-radar buzz band when Bonnaroo’s lineup was first announced, the guys have since grown into country A-listers, with “Smoke” topping the country charts earlier this month. That debut single received the best response during the band’s Bonnaroo gig, as evidenced by the number of cell phones and outstretched arms that shot into the air during the first chorus. “Trailer Trash” was another highlight, a sign that the band’s album, Southernality, may have another hit in store long after the “Smoke” clears.

Meanwhile, over on the Which Stage, Brandi Carlile professed her love for John Prine before launching into Bear Creek‘s “Keep Your Heart Young.” The folksy tributes continued on the opposite end of the festival grounds, where actor/musician Ed Helms — who’d shown up during Mumford & Sons’ headlining set on Saturday, too, making a cameo appearance on the banjo — rounded up the Punch Brothers, Hurray for the Riff Raff, Shaky Knees and Pokey LaFarge for the annual Bluegrass SuperJam.