In what will be a groundbreaking first for two of the most important roots-music organizations in the country, the Americana Music Association and the Blues Foundation are joining forces to stage “Across the Great Divide,” a joint benefit concert set for Friday, October 19th, at the Ace Theatre in Los Angeles.

Produced by UpperWest Music Group, “Across the Great Divide” will emphasize the longstanding ties and common musical ground between Americana and blues, and builds upon the behind-the-scenes relationship that has existed between the Americana Music Association and the Blues Foundation for several years. The Nashville-based AMA was founded in 1999, while the Blues Foundation was formed in Memphis in 1980. Both organizations have since expanded their respective missions to promote and preserve the tradition of American roots music throughout the world.

The 19th annual AmericanaFest takes place throughout several venues in Nashville next month, September 11th to 16th, and will include the Americana Honors and Awards show, September 12th, at the historic Ryman Auditorium. 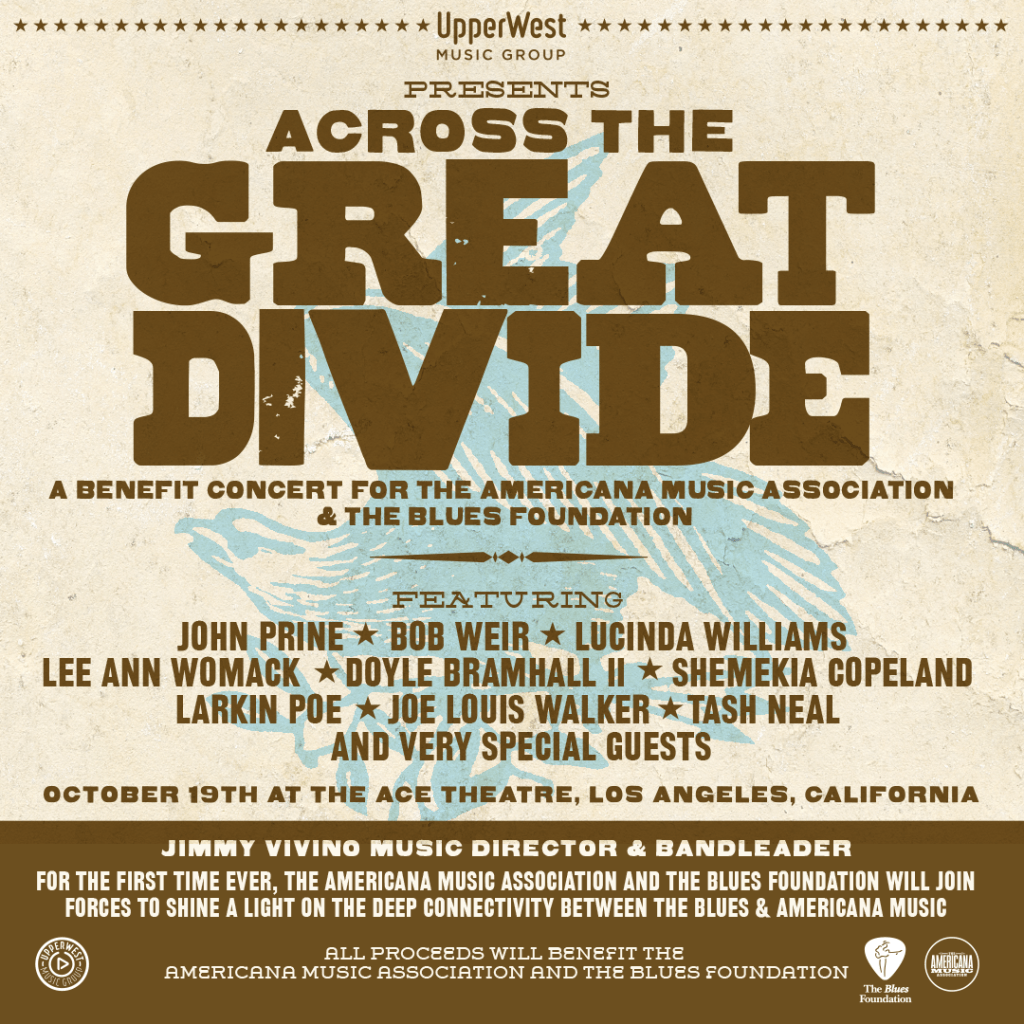