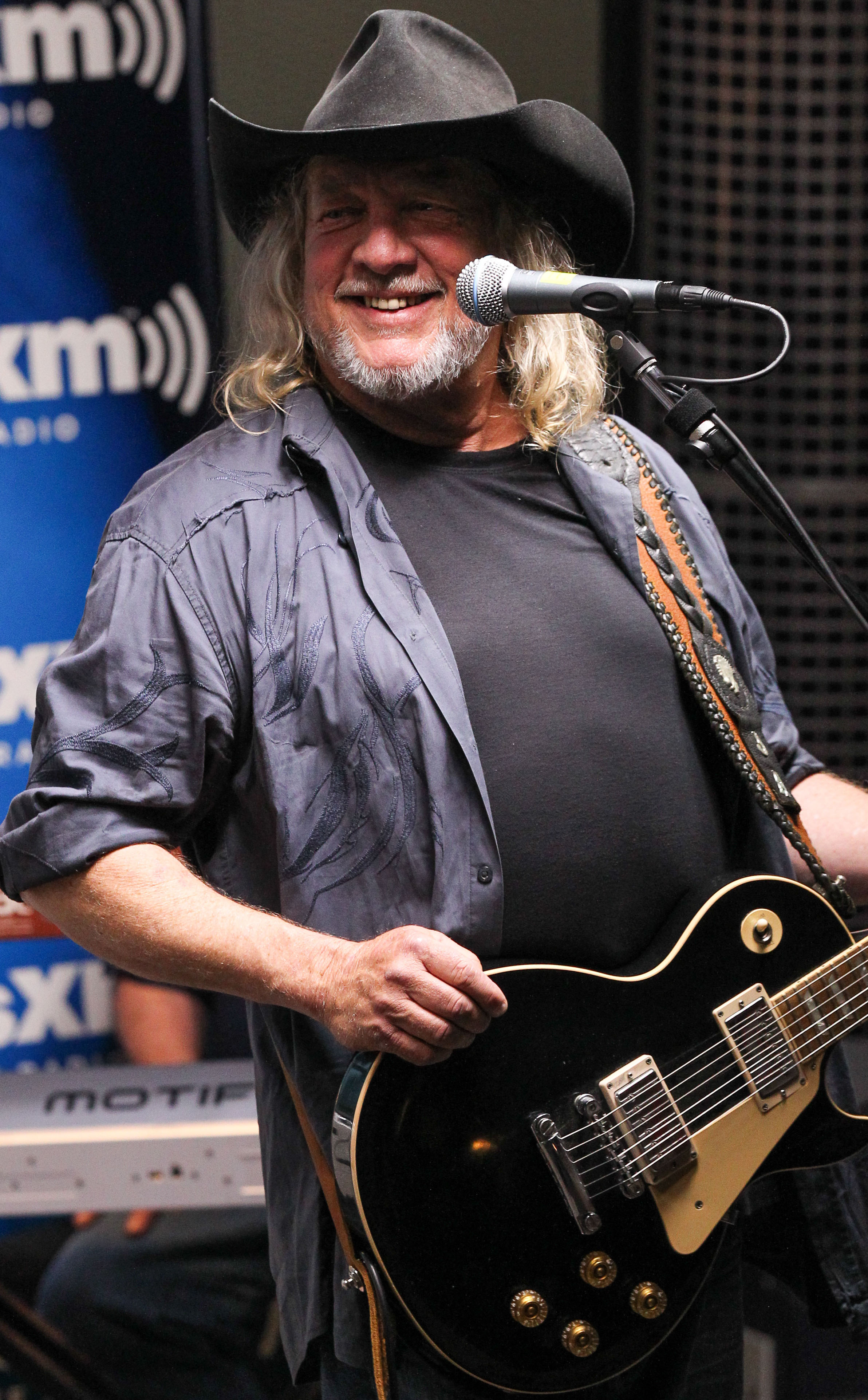 Three years ago, John Anderson received a phone call from Merle Haggard. “This is how it went,” he says, doing his best Hag impression. “‘I’m in the hospital, writing this song, and the more I write on it, hell, the more it sounds like you.’ I said, ‘You just finish it up, and I’ll do it.'”

Still flattered, Anderson laughs at the memory, of one of country’s preeminent songwriters, laid up in a Macon, Georgia, hospital with pneumonia in 2012, writing a song especially for him.

A few months later, Haggard was in Nashville for the opening of the Bakersfield Sound exhibit at the Country Music Hall of Fame and Museum, but first, he requested Anderson meet him at his downtown hotel.

“He said, ‘Tell John I want to get with him before all that other shit starts,'” Anderson recalls. When he arrived, Haggard removed a piece of paper from his back pocket. “He unfolded it and told Ben, his son, ‘Go get that little guitar in there,’ and started singing.” The song was “Magic Mama,” an imagery-rich number that is a rollicking standout on Anderson’s sturdy new album, Goldmine, his first studio LP in nine years.

RS Country Music Picks for the Week of August 30th

With quirky lyrics about a “magic mama from Malibu,” who had a “swinging backyard with an ocean view,” Anderson’s version proves Haggard right — the singer’s famously laid-back delivery fits perfectly with the breezy melody. To listen to Anderson drawl out the chorus is to hear a vocalist skilled in singing country music, which in today’s evolving country climate, is worth noting.

“You can listen to everybody in country music’s history and its present, and I bet in its future, and you won’t find any other voice that sounds anything like John Anderson,” says Jamey Johnson, who recently joined Anderson onstage in Nashville for a concert of hits and songs from Goldmine, taped for SiriusXM’s Outlaw Country channel. “He puts so much soul and so much passion into every song he does, but I’m not even sure those things are the reasons he sounds so unique. He just does.”

Josh Turner, who co-wrote the title track to Anderson’s Goldmine, along with the shuffling “I Work a Lot Better,” says the singer is an unwavering pillar in country music. At the still young age of 60 — Reba McEntire recently celebrated the milestone, and George Strait scored his 60th Number One at 60 — Anderson is not chasing trends or trying to invent a hip, young sound. Instead, he’s sticking with what works.

“The beauty of John Anderson is that he hasn’t let anybody sway him from what he believes and what he feels. Sometimes that’s hurt him in his career, but in the long run, when you mention the name John Anderson, that voice comes to mind and those songs come to mind,” Turner tells Rolling Stone Country. “He’s stayed true to his songwriting craft and his vocal style and the things he wants to sing about. He hasn’t let anybody deter him from that path.”

“Real country music and the traditional country sound does mean a whole lot to me. It’s been my whole life,” Anderson confirms. “I came here at a very young age and dedicated my whole life to studying and writing and doing country music the way I thought it should be. I grew up with guys like Johnny Cash, Merle Haggard, Waylon Jennings and George Jones teaching me. They’d say, ‘Son, you just keep doing what you do.’ In other words, to them, style is what it was about.” 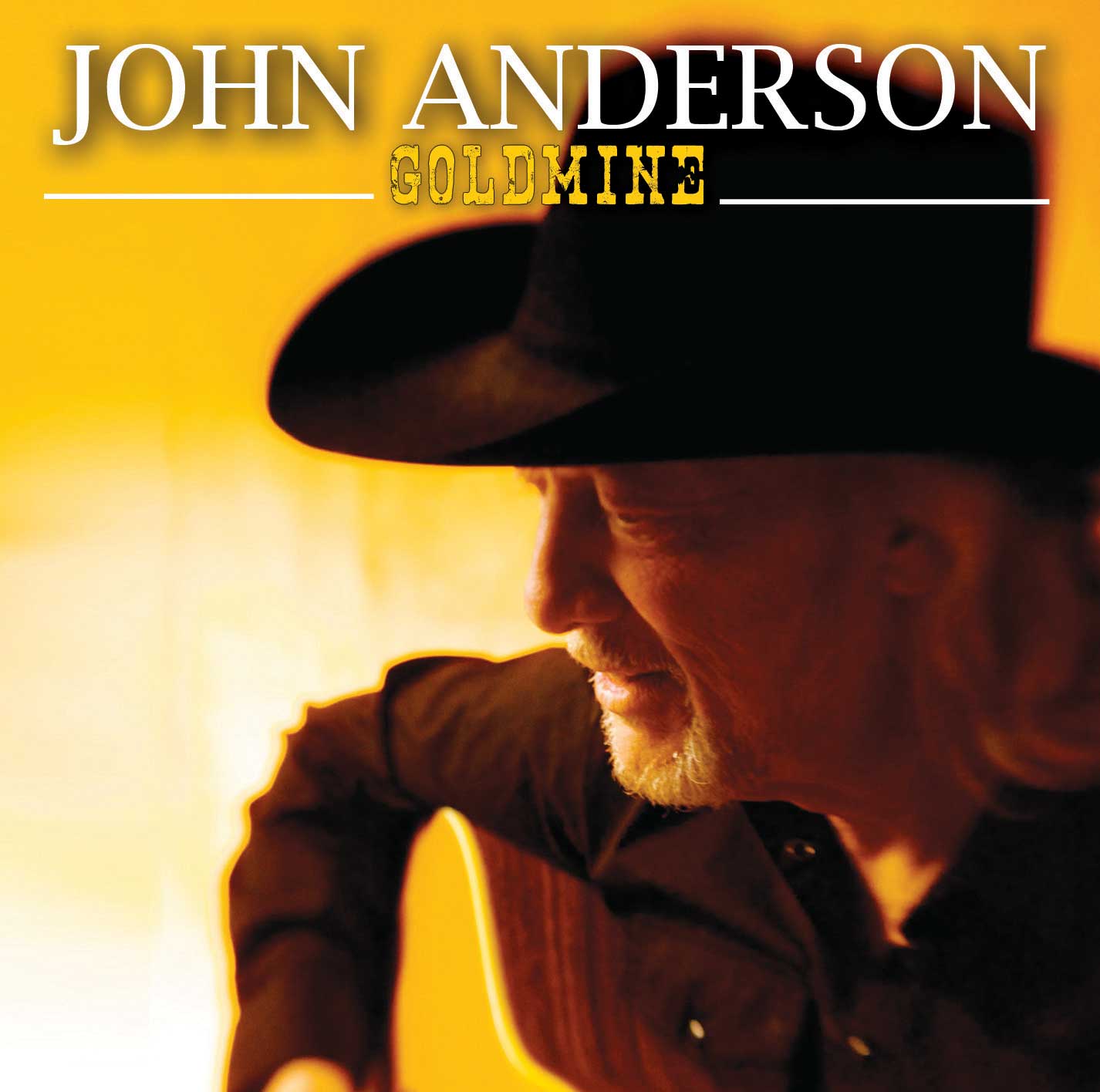 Which Anderson has in spades. His 1982 album Wild and Blue became his major breakthrough, thanks to the Number One singles “Wild and Blue” and the rowdy “Swingin’.” To this day, the latter remains the catalyst of the guitar-slinging entertainer’s live show. “More than 80 percent of the time, they’ll come out of the chairs,” he says of the crowds who continue to amass for the more than 50 shows he plays a year. “People ask me, ‘What do you think it is about that song?’ Holy shit, if I knew that, I’d wake up every morning and write one.”

Following a short dip on the charts, Anderson regained his ground with the 1992 album Seminole Wind, an ode to his home state. Its eponymous track, full of allusions to the murky everglades, stands as one of the genre’s most regionally evocative, right up there with “Wichita Lineman” and “Amarillo by Morning.” During the SiriusXM taping, Anderson recalled how his record label at the time worried that “Seminole Wind” wouldn’t work outside of Florida. To silence them, he debuted the song onstage in Seattle, where it was met with a standing ovation.

These days, he worries not about record-executive meddling — he released Goldmine on his own Bayou Boys Music label — but about the disappearance of high lonesome country music all together.

“I’m always in favor of the young [artists] doing well, and I love to see the young crowds these days in country music, but on the other hand, the real traditional stuff, even the sounds of the fiddle and the steel, has changed so much that in some ways I’m really worried about my particular kind of country music becoming extinct,” he says. “That’s a big part of what this Goldmine album is all about.”

Still, Anderson is bolstered by some of today’s newer artists. He’s a big fan of fellow Floridian Jake Owen and raves about the likeminded traditionalist Turner.

“Josh, in my opinion, is one of the finer examples of modern-day country music. He’s keeping it pretty much where it ought to be,” Anderson says. “He has a lot of style, and that’s always good to see.”

It’s that same quality that icons like Haggard and Cash first recognized in Anderson, who after nearly 40 years in the game, still shows respect for his mentors — he never once pried Haggard for what “Magic Mama” is about.

“But I did get a message that he liked our record of it, and boy, I sure hope he does,” he says. “That’s a really touchy thing, doing a Merle Haggard song.”