Jason Hawk Harris puts a unique spin on heartbreak in the "Cussing at the Light" video. Sean Rosenthal*

“When I’ve drank to excess because I’m sad — and I’ve done quite a bit of it — I always make jokes while I’m doing it,” says singer-songwriter Jason Hawk Harris. “There’s always a self-deprecating moment in the drunkenness that you just understand that you’re being kind of ridiculous.”

The Los Angeles-based performer and Houston, Texas, native embraces the ridiculous in the video for his new song, “Cussing at the Light,” the first release from Harris’s new album Love & the Dark. In the clip, directed by Stanley Sievers, the classic country trope of drinking away one’s heartbreak gets a thick layer of corpse paint, as one black-clad child of the night goes for broke in the middle of a sunny day, drinking from a paper bag and remembering happier times with a corpse-painted beau. It’s hilarious and a little over the top, in the best possible way.

“I’ve always loved strange juxtapositions,” says Harris. “The director of the video came back and was like, ‘I have this weird idea where, since it’s a country song, why don’t we have the actors dress in corpse paint?’ Immediately I was like, ‘Yes, this guy’s got it.'”

That humor is reflected in the song itself, a lush, two-stepping number that takes the drinking song form and pushes it to extremes. “I can’t wait until the night/When I can medicate this beat-down heart of mine,” Harris sings, his arch delivery enhanced by some bright, lively piano licks and ornate instrumental fills that draw on his classical composition background.

“Cussing at the Light” didn’t start its life that way, however — it was originally what Harris terms “sad bastardy” music. “There’s a completely different arrangement of it and recording of the song that’s very slow and very depressing,” he says. “I started listening to the lyrics and, oh wait, this song’s funny. I was listening to a lot of Cajun music at the time and I just added a mid-tempo country Cajun feel to it and it all of a sudden made sense. It was like, ‘Oh man, I’ve had this song wrong the whole time.'”

Love & the Dark, Harris’s first release with Bloodshot, will be released August 23rd and is available for pre-order. It also includes updated versions of “The Smoke and the Stars,” “I’m Afraid,” and “Phantom Limb,” which were previously featured on the 2017 EP Formaldehyde, Tobacco, and Tulips. 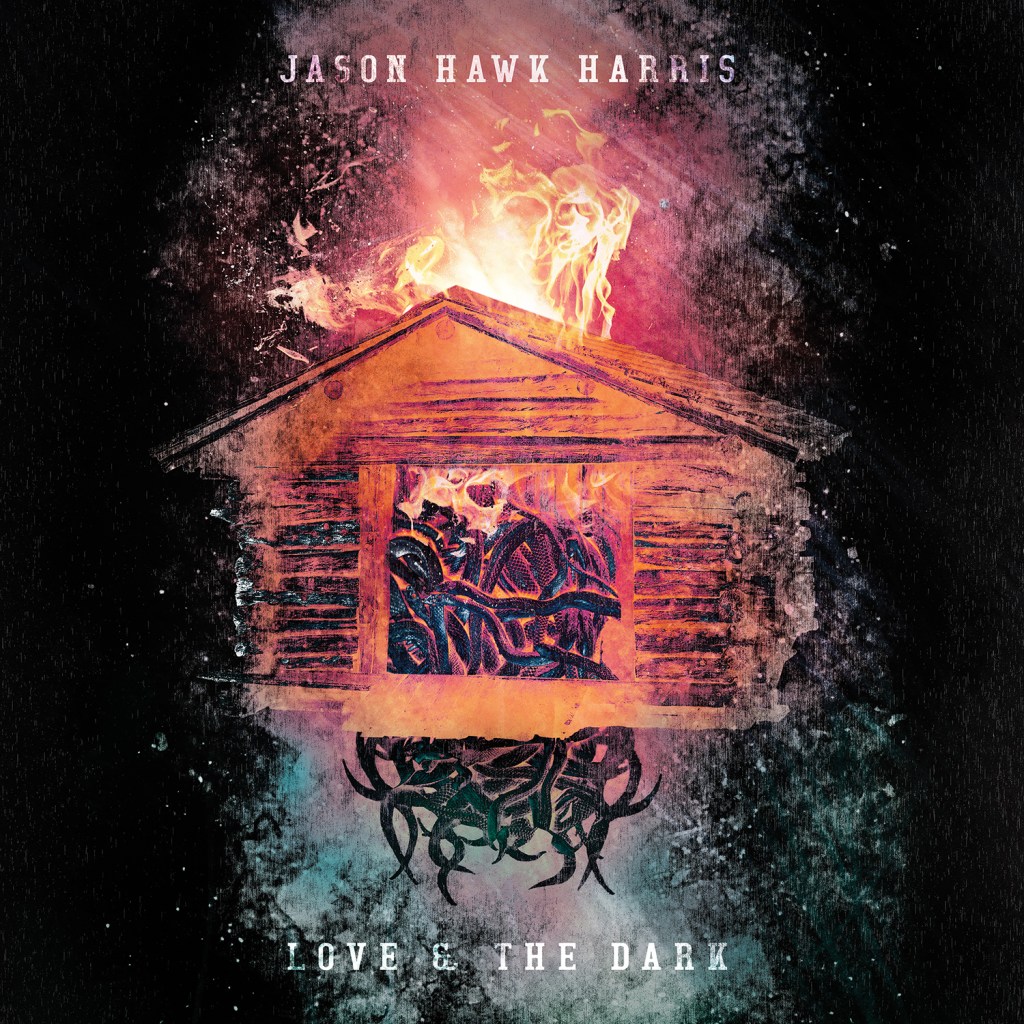