On the title track of his eighth album Rearview Town, Jason Aldean puts himself in the shoes of a man who’s saying goodbye to the place where he grew up – a little town that’s starting to feel claustrophobic after a particularly bad breakup. An eerie, minor-key arrangement evokes the bitterness of this moment, in which his hero exits in a cloud of dust as he waves a middle finger at his old life. It’s not really an autobiographical tune, but Aldean can certainly relate.

“My personal life and professional life both have been a rollercoaster ride over the last few years,” he says, settling in for a round of interviews at a Music Row production studio. “To me, it was more of a metaphor for leaving things behind that were weighing you down, or that you felt like were a weight on your shoulders – looking forward to better things to come.”

In a little more than a decade, Aldean has seen his profile grow from scrappy underdog performer on scrappy underdog indie label to country’s biggest entertainer this side of Kenny Chesney. He also saw the end of his first marriage and the beginning of a second marriage to Brittany Kerr, who gave birth to the couple’s first child – son Memphis – in December. And though “Rearview Town” was selected and recorded well before, Aldean’s rollercoaster took a horrifying turn on October 1st, when his headlining set at the Route 91 Harvest festival in Las Vegas was attacked by gunfire that killed 58 and injured hundreds. “It was the worst night of my life,” he says.

In navigating these many crests and troughs, Aldean’s musical output hasn’t strayed too far from the meat-and-potatoes country rock and power balladry that heralded his arrival with the singles “Hicktown” and “Why.” He’s introduced some novel, ear-catching variations on both forms, including rapping in the 2011 smash “Dirt Road Anthem” and incorporating sleek, futuristic R&B textures on 2014’s “Burnin’ It Down,” steadily releasing a new album every 18 months to 2 years, just like clockwork.

Rearview Town follows this approach, offering a new twist on his proven formula by foregrounding his soul influences in the lead single “You Make It Easy,” which shows a different, more supple side of his voice.

“We’ve always done things like that, where if we found a song like that, that I thought was cool and different and let us go in a different direction – within reason – if it was something I loved, we did it,” he says.

Aldean also makes a return to rapping in the party jam “Gettin’ Warmed Up” – with its redlined, chunky metal riffs – and, in the laid-back fashion of “Dirt Road Anthem,” on the wistful “Like You Were Mine.” In “Ride All Night,” he adds some new shading to the girl-in-a-truck song template with trap-lite cymbals and an ominous, almost Middle Eastern-sounding banjo figure, oddly nocturnal-sounding accompaniment that conjures an entire scene and allows Aldean to expand on a well-worn country trope in an intriguing way.

“I wish people would take the time to be a little knowledgeable before they start making assumptions.”

“On the last two albums we’ve gotten a little – I don’t want to say ‘complacent’ because I don’t think that’s the right word – but I think we played it safe a little bit,” he says. “The songs we were recording were good songs, but they weren’t really those songs that really were way different, things that allowed us to make our mark early on – songs like ‘Dirt Road [Anthem]’ and ‘Burnin’ It Down,’ songs that when you heard them you were like, ‘Hmm, that’s interesting.’ I feel like there’s songs on this record that are like that, that allowed us to step out of the box a little bit and not just keep serving up fastballs down the middle.”

Occasionally, that means picking a song with an evocative title, like the one that gave the album its name. Aldean’s catalog is full of them: “Amarillo Sky,” “Tattoos on This Town,” “Any Ol’ Barstool.” He closes out Rearview Town with one called “High Noon Neon” that dodges expectations by being a day-drunk downer instead of a high-energy rocker. “Nothing says gone like a parking lot with only one car in it,” he sings, setting a scene of utter desolation. It’s illustrative of Aldean’s strategy when it comes to making records.

“More than anything I thought [“High Noon Neon”] was a really great title,” he says. “We talked about naming the album that, and I really just liked the Rearview Town title better, but there was something about ‘High Noon Neon’ that I thought was really cool.” He ended up bestowing the name on his 2018 tour, featuring Luke Combs and Lauren Alaina.

When Aldean employs straightforward classic country melodicism on Rearview Town, he calls in Miranda Lambert and employs a delicate programmed loop on another interestingly titled song, “Drowns the Whiskey.” Aldean and Lambert previously sang together on “Grown Woman,” from his second album Relentless – a 2007 release that came out before either one of them owned the label “superstar.”

“I always said if I was a chick singer that’s who I’d be,” he says. “I had a song that I sent her that she was kind of like ‘Eh.’ She didn’t love the song. And I told her, ‘I don’t want you to do it if you don’t like the song, so let’s find something cool to do. I sent her ‘Drowns the Whiskey’ and she loved that one.”

In true Aldean fashion, he looks at different sides of the small town experience. The title track describes someone getting squeezed out of his familiar surroundings, while album opener “Dirt to Dust” pictures an individual who needs to make a clean break from his working life and cut loose on the weekends in order to start the cycle anew on Monday. It’s utterly serious in tone, as if enjoying weekend downtime to the fullest – in an almost nihilistic fashion – is a moral obligation, and it’s another fine example of the empathetic approach Aldean has taken toward working-class life and Middle America in songs like “They Don’t Know” and “Flyover States.” He’s seen that way of life up close, and though his circumstances now preclude him from living it, he knows how often outsiders mischaracterize and misunderstand it.

“I just wish people would take the time to be a little knowledgeable before they start making assumptions,” he says. “Some of the coolest, most down-to-earth people I know aren’t people that make half a million dollars a year at a job. They’re people that make 40 grand a year and work their butt off all week and then they play around a little bit on Friday and Saturdays. And Monday they’re back.”

That acute understanding of and connection to his fans is at least part of why Aldean remains such a huge draw – and why he had to take some time to collect himself in the wake of the Route 91 shooting. One week after the festival, he appeared on Saturday Night Live, singing Tom Petty’s “I Won’t Back Down” to honor the fallen, and then returned to his tour the following week with a defiant show in Tulsa, Oklahoma.

“I went through a lot of stuff of feeling guilty because [those killed] were at my show,” he says. “Knowing those were my fans, those were my people out there getting mowed down. I struggled with that stuff for a bit and I hate that. I just know when something happens to one person it channels out and goes to that person’s family and everybody that’s connected to that person.”

The birth of his son Memphis two months after the event proved to be the best kind of distraction for Aldean, giving him a break from the guilt and filling him with new hope. Like the stoic, resilient characters he embodies in his songs, Aldean has balanced his return to performing live and new album rollout with meeting survivors of the shooting, feeling both an obligation to entertain and to honor the ones who were lost. He turns to his bandmates and wife, who experienced the trauma alongside him, when he needs to talk about it.

“You [don’t] feel like you’re alone in it,” he says. “You don’t feel like nobody really understands what I’m saying.”

As with Sandy Hook and Pulse before, and now Parkland, the Route 91 shooting has ignited calls for some to speak out about the gun lobby and tighter gun control. This is a tricky proposition with country music, which has had ties to the NRA, a portion of its fan base that leans conservative, and a cultural affiliation with firearms. Aldean, being a gun owner and a father, could potentially bring some nuance to the conversation, but he doesn’t see any upside to doing that. Instead, he’d rather see our elected leaders do their jobs.

“What I say in the grand scheme of things really ain’t gonna matter,” he says. “It’s one of those things where I think the people that actually are the decision makers need to start trying to work together to figure stuff out instead of everybody being after their own agenda and trying to use this to get what they want.” 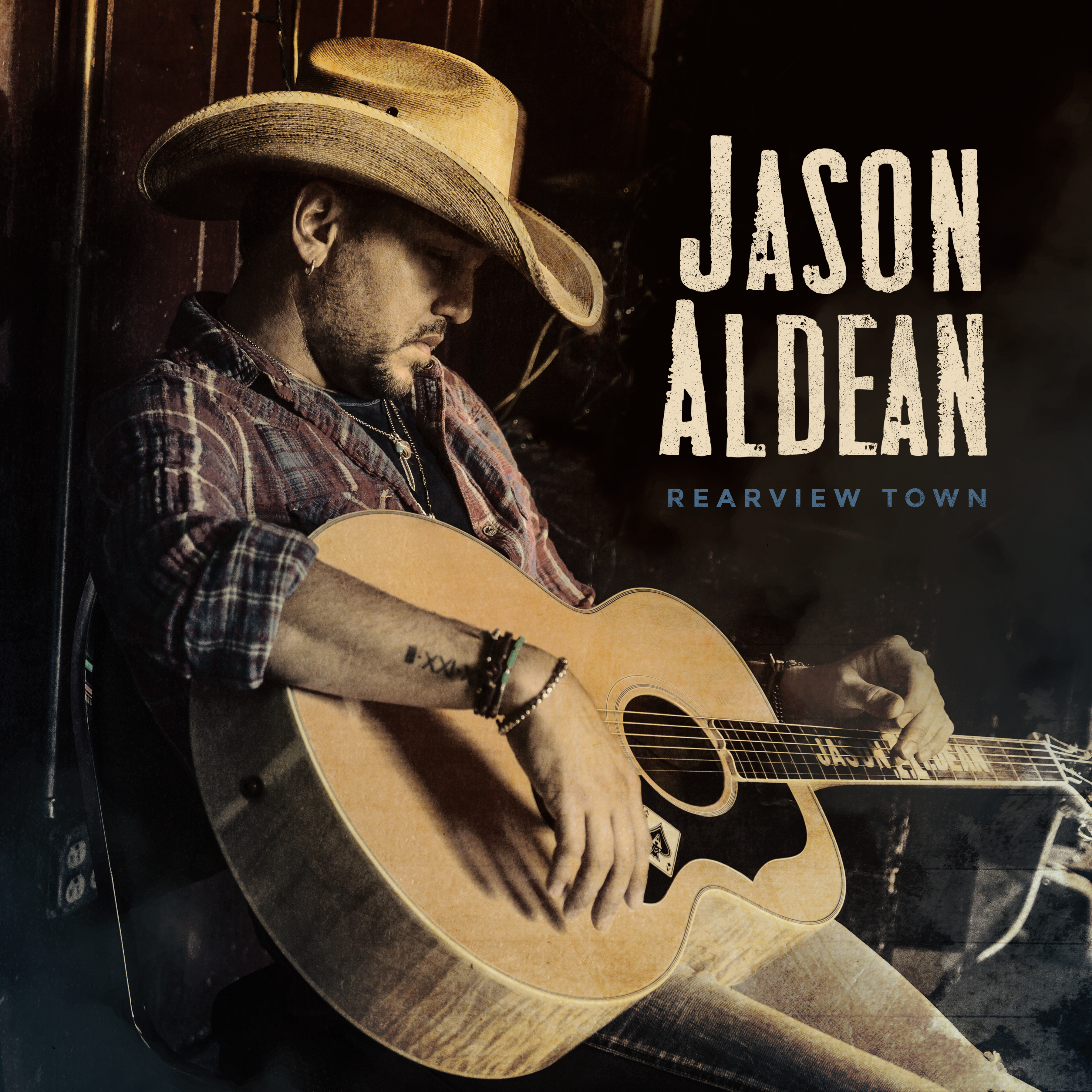