Lori McKenna would make a great psychiatrist. The lauded country songwriter can get inside the minds of characters with whom she has pretty much nothing in common and not only tell their stories but also psychoanalyze them in three-and-a-half minutes.

Take “Girl Crush,” for instance — the Grammy-winning, chart-topping Little Big Town tune McKenna penned with Liz Rose and Hillary Lindsey. It’s about a woman so crazy about a man that she becomes obsessed with the other woman who’s actually with him — and wants to transform into her. “That wasn’t my experience!” the married mother of five insists with a laugh, explaining why she didn’t include her own version of “Girl Crush” on her new album, The Bird and the Rifle. But then McKenna catches herself, admitting very few of the album’s songs are her story. Instead, they’re cinematic tales about the often tortured lives of fictional women.

“It would be hard for anybody to live all their lyrics — they’d be hard to be around,” she says, not exactly denouncing authenticity in country music but rather touting a songwriter’s poetic license. “Songs have to be exaggerated and dramatic. You don’t want to be a character of yourself. You usually sing in first person, because it’s more effective that way. But that’s because you think, ‘I know how this person feels.’ That’s a fun way to write a song, because you jump outside yourself for a minute.”

Though it has its romantic and nostalgic moments, The Bird and the Rifle finds McKenna creating several characters caught in dead-end relationships. Opening track “Wreck You” plays out like a confessional in a couples counseling session, where the woman comes to grips with the fact that she’s no longer the girl her guy fell in love with, nor does she really want to be, it seems. “Old Men Young Women” is the voice of reason for any silver-haired Decembers chasing sexy young Mays — and for those Mays who are themselves chasing the life of luxury. (“Neither one can change what’s missing,” she reasons in the chorus.)

The title track tells another story of a cooled relationship. In this metaphorical masterpiece, the man is holding his significant other back from spreading her wings. But this one is more of a look inside the antagonist’s mind: He “used to be a dreamer, but he wasn’t meant to fly” — and therefore doesn’t want her to either. Too bad for him, because the last verse presents an open window, ending the song on an unexpectedly empowering note.

“People think it’s a sad song, or they’ll ask why I have to have a gun thing going on,” McKenna says. “I think most people have felt that in a relationship: Am I holding him back? Are we helping each other be the best people we can be?”

Oddly enough, McKenna got the idea for “The Bird and the Rifle” from the ABC sitcom Modern Family. An episode in the show’s sixth season titled “Haley’s 21st Birthday” had a scene in which Haley (Sarah Hyland) and her mother Claire (Julie Bowen) contemplated getting mother-daughter tattoos. A bird and rifle were suggested, with Claire oblivious to the suppressive connotation.

“You never know where song ideas are gonna come from,” says McKenna. “I was folding laundry and just had the TV on in the background.” 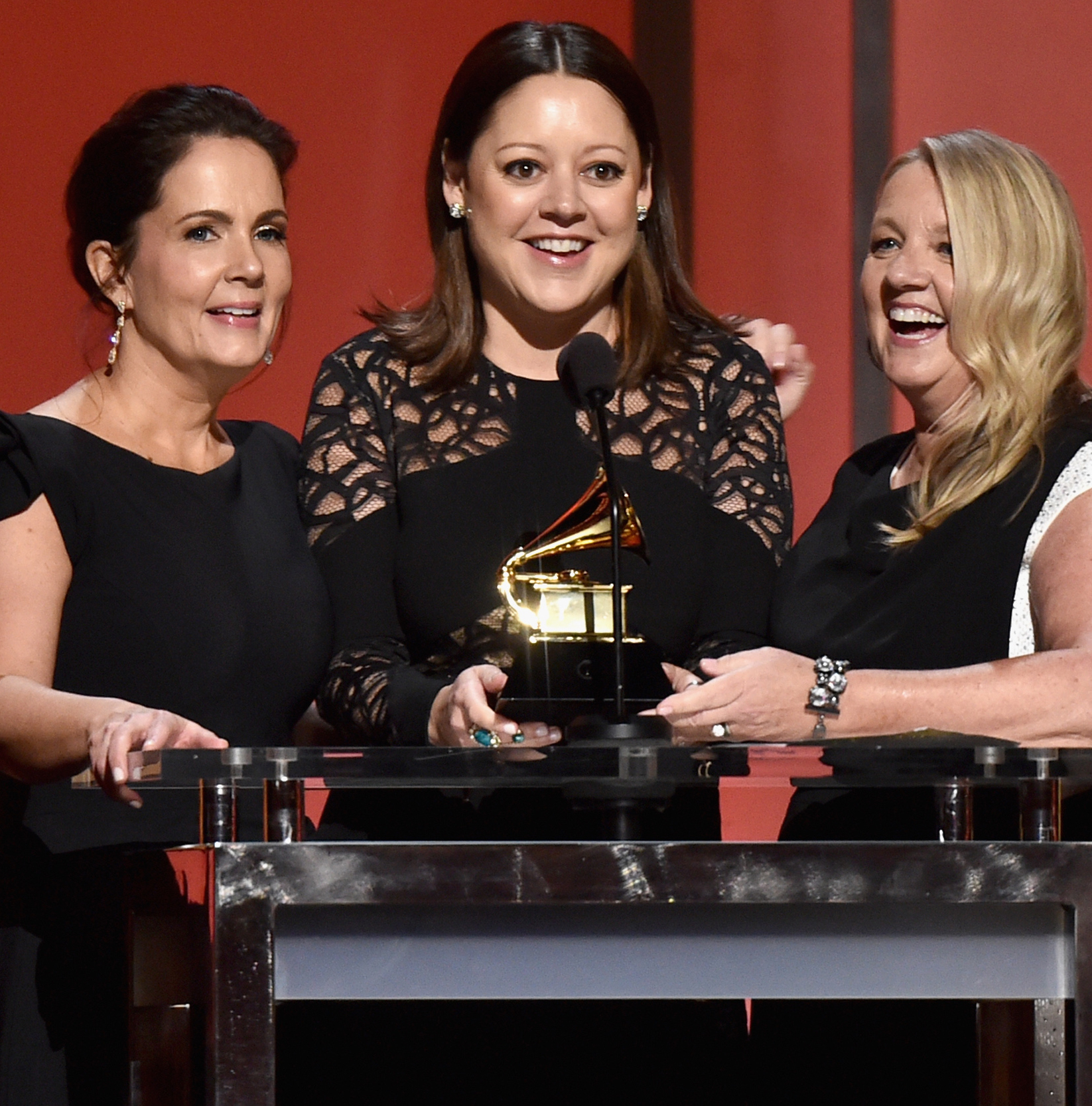 The Massachusetts native admits she has a penchant for sad songs. But that’s less about the lyrics and more about what her voice sounds best doing. “If I could sing differently, I’d write differently,” she insists. “But with the voice as the vehicle. . . I keep the melodies very simple, so the words need to be really bright. I think that’s why I’m drawn to ballads.”

Still, the singer knows the value of a good up-tempo. So when McKenna was crafting The Bird and the Rifle and realized how slow its melodies were from start to finish — and keeping in mind her audience tends to still purchase full albums rather than singles — she went to producer Dave Cobb with concerns about the LP’s variety. His answer: “I don’t care about that.”

Cobb, who’s been behind the board for such multi-award-winning albums as Chris Stapleton’s Traveller and Jason Isbell’s Something More Than Free, was the no-brainer choice of producers for revitalizing McKenna’s recording career. She had admittedly gotten too comfortable as a songwriter for other artists — and understandably so, given her hot streak with Little Big Town, Hunter Hayes, Faith Hill and Tim McGraw, among others. Plus, she loathes the living-in-suitcases life of an artist. She had nine albums of her own under her belt, dating back to 2000, and didn’t see that number increasing any time soon, if at all. But Beth Laird, co-owner of McKenna’s publishing company, Creative Nation, convinced her that she shouldn’t give up the recording side of her career and introduced McKenna to fellow Grammy winner Cobb. Their chemistry was instant, with the singer likening Cobb to “one of my brothers.”

The famed producer coaxed McKenna into recording her album live —his signature method. That resulted in the singer-songwriter not only changing her studio mindset but also finding more of a sense of peace with her vocal delivery and guitar playing.

“My only question afterward was, ‘I didn’t question anything! Is that OK?'” she remembers. “We just played everything live a few times until he said, ‘OK, we got it!’ It just seemed like a process to trust. Everything is about the feel for Dave. I can’t sit there and listen to myself for 10 hours, and he knows that about me. So we’d do a song, then go to dinner, then do another song, then have a glass of wine. . . then another glass of wine [laughs] and then another song. It was more about the hang. I’ve never made a record that way, and it was great.”

While “Girl Crush” was never on the table, Cobb was in complete agreement about another chart-topper making the cut. “Humble and Kind,” the colossal hit for Tim McGraw that is also being adapted as a book, was McKenna’s very first pick of songs for the new album and is that rare tune where the narrator is actually herself. She penned the song as advice for her five kids. “Hold the door, say ‘please,’ say ‘thank you,'” she sings. “Don’t steal, don’t cheat, and don’t lie / I know you got mountains to climb / But always stay humble and kind.”

Sound advice for anyone. . . and it’s clear McKenna practices what she preaches. When asked what she knows now that she wishes she knew 10 albums ago, the singer humbly psychoanalyzes herself.

“The biggest thing I wish I knew then is, I can do this! I’ve always had a confidence issue, not in the way that stage fright keeps people from performing but more in a way that I’m always questioning, ‘Am I really good enough to do this?'” she says. “My career has been crazy lucky. The way it all worked and the timing of it all. . . I couldn’t have written it better.”

Lori McKenna, The Bird and the Rifle Track List:

3. “Giving Up on Your Hometown” (McKenna)