In 1979 Percy Sledge recorded a collection of country music covers in Nashville and released it under the on-the-nose title Percy Sledge Sings Country. Although eternally tied to his monumental 1966 love hymn “When a Man Loves a Woman,” the Alabama-born vocalist — who died today from liver cancer at age 74 — was a skilled interpreter of many other songs, be they soul, R&B or country.

The versatile Sledge’s salute to Nashville then shouldn’t be viewed as much of a curveball. On Sings Country, the Rock and Roll Hall of Fame member wraps his silky smooth voice around songs like Merle Haggard’s “Today I Started Loving You Again,” Jim Reeves’ “He’ll Have to Go” and Johnny Cash’s “I Still Miss Someone.” The results are entirely natural, as organic and honest as Ray Charles’ own seminal country release, 1962’s Modern Sounds in Country and Western Music. But while Sledge’s album may not have been as successful, or as influential, as Charles’, it nonetheless helped solidify the connection between country music and soul — a bond that today’s artists, including Ashley Monroe, Chris Stapleton and even Gary Allan, are recognizing in their own R&B-tinged music.

The real head-turners on Percy Sledge Sings Country, however, are the more ramped-up honky-tonk numbers. Lefty Frizzell’s “If You’ve Got the Money I’ve Got the Time” and the folk staple “Wabash Cannonball,” defined by Roy Acuff in 1936, showcase a rowdier side of Sledge, as he yelps, shouts and barrels his way through the performances. His take on Haggard’s “Mama Tried” is particularly revelatory, with the singer leaning more on sorrow and regret than the Hag’s defiance when delivering the lyric “I turned 21 in prison, doing life without parole.” 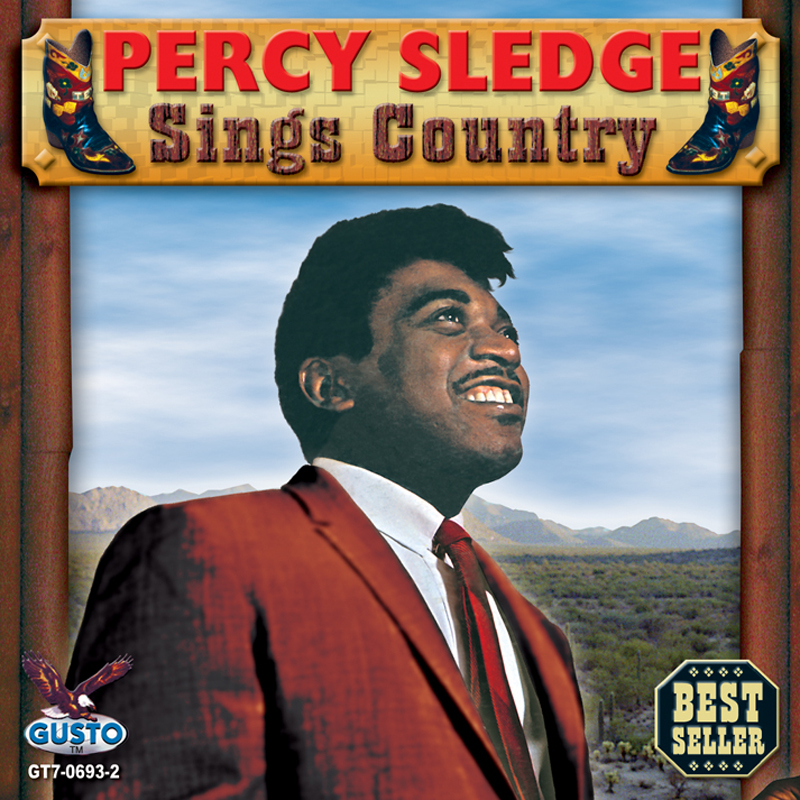 Still, Sledge couldn’t shy too far away from the sound that made him famous. His “Just Out of Reach,” once recorded by Patsy Cline and transformed into a hit by another soul singer, Solomon Burke, in 1961, calls to mind the church organ and waltzing gait of “When a Man Loves a Woman.”

In turn, some of country music’s biggest stars covered Sledge’s signature song. Barbara Mandrell cut the quintessential wedding anthem in 1991, while Kenny Rogers included his own version on a 1996 album of love songs. Percy Sledge Sings Country, meanwhile, was re-released on CD by Nashville label Gusto Records in 2008 and stands as a legendary R&B artist’s intrepid exploration of Music City.