Bluegrass king Del McCoury recorded his first album in a Pennsylvania basement with two borrowed bass players and a German-born aristocrat producing. The label released Del McCoury Sings Bluegrass 50 years ago, and although the singer-guitarist emerged from the cellar long ago, echoes of that first outing have inspired his latest release: Del McCoury Still Sings Bluegrass.

Due out Friday, May 25th, just in time for the kick-off of DelFest, his annual festival in Western Maryland, McCoury’s new album honors the Bill Monroe-Earl Scruggs tradition that dominated his first album, but these days he frequently tweaks the old sounds and welcomes the new, like when he recorded the Lovin’ Spoonful’s “Nashville Cats” and bluesman Robert Cray’s “Smoking Gun” in the 1990s. This time around he drops an electric guitar into Shawn Camp’s rocker “Hot Wired” and girds the Jerry Lee Lewis country classic “To Make Love Sweeter for You” with a barrelhouse piano, an instrument that remains as heretical in mainstream bluegrass as the electric guitar. “I think variety is where it’s at because everybody don’t like the very same thing,” says McCoury, settling into his squeaky office chair in Nashville. “I always approached a record that way, you know. People say, ‘What kind of theme are you thinking about for the album?’ I say, ‘I want to have a variety of sounds and moods on a record instead of having a certain thing in mind.'”

The Pennsylvania native, who chuckles at the slightest provocation, keeps it bluegrass on two compositions of his own making: “Love Love Love,” a hard-knocks love story, and “Joe,” about a raffish lead singer that McCoury must have met somewhere in his travels. “I had a whole bunch of material that I could record, and I found ‘Joe’ on this letterhead paper,” he recalls. “And I said, ‘You know what? I haven’t used that letterhead paper in 30 years.’ And here was this song I had written on it, and I thought, ‘It’s not a really good song, but it’s not a bad song. I think I’ll record it.'”

Diversity of songs has marked McCoury’s repertoire for decades now, but mandolinist Lee Bidgood, a professor at East Tennessee State University who has played with the Steep Canyon Rangers, says the Still Sings part of the new album title endorses the primacy of vocals in bluegrass music. “Often the grassroots and folk revival-based idea of bluegrass is as an instrumental framework,” he explains from his office in Johnson City. “His guitar playing is important and it’s present, but it doesn’t define who he is. He’s framing bluegrass as something that the lead singer carries out and this is one aspect of Monroe and of Flatt and the Osborne Brothers as well. A vocal-centric idea of what bluegrass music is provides you with a different framework. It’s one that’s more oriented toward country music.”

The album title also seems to proclaim that, come what may, McCoury clings to the tap root of bluegrass in an era that’s seen many unusual derivatives of the genre, like Old Crow Medicine Show and the Infamous Stringdusters, who’ve delighted in pushing Monroe’s creation to its limits. Indeed, he’s often blanched at innovations in bluegrass, placing him, it would seem, in the conservative ranks of the industry’s raging “traditional versus progressive” debate.

“When Sam Bush came along with his band, and even John Hartford, they kind of strayed away from that traditional sound,” says McCoury. “They were guys that grew up listening to other music, so when they started playing their mandolin and fiddles, they started playing rock songs that they heard when they were growing up. That’s kind of how it got influence. I heard Earl Scruggs, and I’ve been ruined ever since. That was my problem. I liked what Sam was doing, but I couldn’t picture doing that kind of stuff because it wasn’t in me to do that. I could have just started doing progressive bluegrass then but it didn’t measure up to what I heard out of Bill Monroe or Jimmy Martin or Lester Flatt and Earl Scruggs. I never strayed from that style even though when I started recording I knew I had to have my own material.”

What McCoury thought when his hero Scruggs marched into rock music in the early 1970s with his Earl Scruggs Revue he does not say, but he must have taken note because he’s never been shy about bending the original rules of bluegrass, as he does on his new album – which may mean he’s not as conservative as his Sam Bush comments suggest. Letting in the fresh air while acknowledging the fathers has refreshed his music, a key to success, he says.

“I can see why a lot of [bluegrass] bands get to a certain level in their bookings and they can’t go any higher because I think they’re afraid to branch out and try new things, like new sounds. And I think you have to do that. It keeps you interested. On my shows, I don’t have a set list. These people pay to get in here – whoever they are – so I’m going to do requests from the stage. I do what they want to hear and try to get a few songs in that I have on a new record. The fans will give you a variety show because they’ll come up with things you haven’t done in six months and you think, ‘I wonder if I’ll remember this.’ And you do . . . usually.” 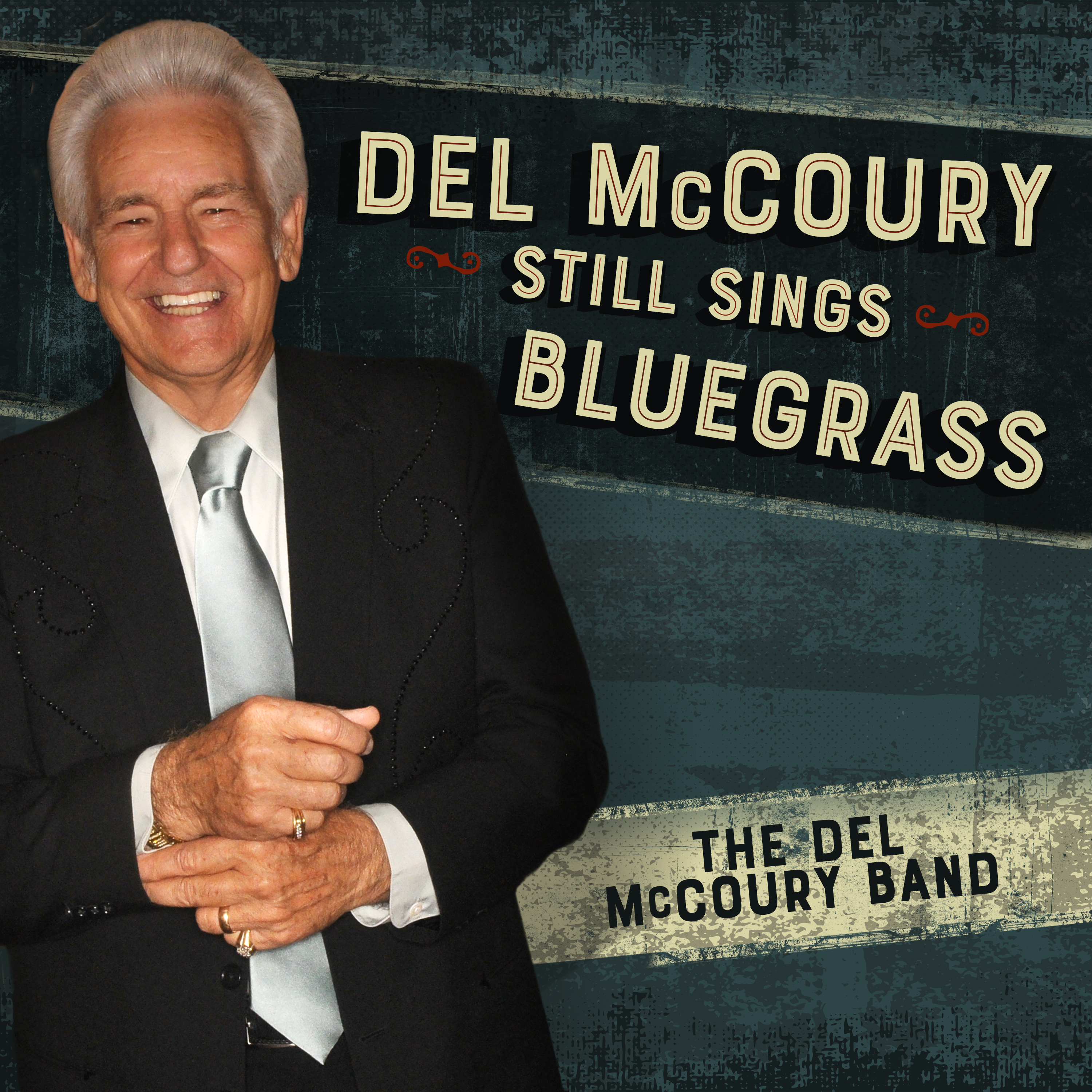 McCoury’s well-publicized excursions into jazz with the Preservation Hall Jazz Band, outlaw country with Steve Earle, and hardcore folk with his full album of Woody Guthrie compositions, not to mention the youthful influence of his band (which features sons Ronnie on mandolin and Rob on banjo) has expanded the bluegrass master’s reach. He’s pried open new venues away from the firemen’s carnivals and regional festivals, and corralled new audiences who come to watch Trey Anastasio and other jam artists with whom he often shares the bill, and end up sticking around for McCoury, too.

Bidgood argues, “Being the face of [bluegrass] is of arguable value when you’re trying to expand your audience. Attendees at bluegrass festivals are known as the RV crowd. They’re older people and they’re more conservative in their tastes. That’s a limited market … Bluegrass is something he optionally takes on. He’ll choose to play the [bluegrass-heavy] HoustonFest in Galax, Virginia, but he’s not limited by it. He doesn’ need to have that recognition. The bluegrass industry pales in comparison to this larger one that he’s after.”

In coming months on the road, carrying boxfuls of new albums for sale, McCoury will join acts such as Mavis Staples, Trombone Shorty, Irma Thomas, Gillian Welch and Chris Isaak on the schedules of Bonnaroo in Tennessee, San Francisco Jazz Fest, the Chateau Ste. Michelle Winery in Washington and the Sheldon Concert Hall in St. Louis. “You can play anywhere you want to now,” says McCoury, perhaps meaning that he can play anywhere he wants to. “I can actually remember when Bill Monroe would play a date for $400 or $500. That was kind of a going price for those guys back in the early Sixties. People make a lot more today. There’s more venues today. The more venues you get, the better the price gets.”

His was a smaller world in 1968 when Del McCoury Sings Bluegrass hit the market, but the album foreshadowed bigger and more varied worlds to come. That German aristocrat turning the knobs on McCoury’s basement session 50 years ago was producer Chris Strachwitz, a giant in the roots music world, whose Arhoolie Records boasted blues people such as Big Mama Thornton and Lightnin’ Hopkins, along with Louisiana music barons Clifton Chenier and Nathan Abshire. McCoury assuredly took his place among such diversity. He did then, and he does now.