Backstage at the Susquehanna Bank Center in Camden, New Jersey, the four members of A Thousand Horses are still processing the news that their debut single “Smoke” has just reached Number One on Billboard‘s Country Airplay chart. The rock-boogie-country group is in the gritty city just across the Delaware River from Philadelphia to play the 31st anniversary concert of WXTU, the region’s country music station. And with “Smoke” the week’s chart-topper, the band is expecting an especially strong response when they light into their new hit later that afternoon.

Horses’ singer Michael Hobby knows for sure how he’ll react. “Every night when we sing ‘Smoke,’ I’m overwhelmed and smile, like ‘ho-ly shit,'” he says.

There’s likely to be an uptick in holy-shit moments for the band when their debut album, Southernality, is released next Tuesday, June 9th. Produced by Dave Cobb (Jason Isbell, Chris Stapleton), the record is a muscular mix of radio country and Southern rock, with accents of Seventies gutter rock weaved throughout. Guitarist Zach Brown, seated on a dressing-room couch between guitarist Bill Satcher and bass player Graham Deloach, is a passionate Aerosmith fan.

When they asked him to join the band, Hobby says Brown only had one question: Could they cover Aerosmith? “I was like, ‘Yeah, we can do it,'” remembers Hobby. “He was like, ‘Cool, I’m in. I’ll see you tomorrow.'”

These days, it’s more plausible that the group would channel Lynyrd Skynyrd or the Allman Brothers. Since forming in 2010, A Thousand Horses have grown from compact quartet to sprawling troupe — in addition to the four guys, they tour with drummer Ryan Scarborough, keyboardist/fiddle player Brian Purwin and three backup singers: Morgan Hebert, Kristen Rogers and Whitney Coleman. The result is a boisterous flesh-and-blood stage show that recalls Skynyrd circa 1976, during their One More From the Road period.

“Having the fiddle and keys player, and the girls, was something we always wanted to do,” explains Hobby. “They are such incredible singers and musicians, and everybody feeds off everyone’s energy. When I hear them in my ears, it fires me up.”

“They’re like their own thing over there, just bringing it,” says Deloach of the female trio, who once traveled with the band in a tight van. They’ve since graduated to a tight bus, a 12-bunk coach with every bed accounted for.

Despite the close quarters, or perhaps because of it, there’s a palpable camaraderie within the group, which also informs Southernality. “It’s our story and situations for the last five years,” says Hobby. “From when we formed and became a band to now, every song on that album is real and somebody in the group lived it.”

Indeed, the LP feels lived-in, a complete entity rather than a collection of singles. While the radio-ready tracks are easy to pick out, the deeper cuts are far from filler — instead, they seem destined for the set list. Or, in the case of “Travelin’ Man,” a thundering freight train of a jam co-written with the Cadillac Three’s Jaren Johnston, are already live favorites.

“That song is the oldest song on the album. We’ve played that song at every A Thousand Horses show we’ve ever played,” says Brown. “Smoke,” meanwhile, is the newest, with Hobby writing it shortly before the group entered the studio.

“The day before we started recording, we had a show. So we learned the song at soundcheck, played it at the show and recorded it the next day,” says Satcher, who first met Hobby in middle school in their small town of Newberry, South Carolina. The pair began hanging out at a local record shop and jamming with Deloach, Satcher’s cousin, eventually all ending up in Nashville in a house and rehearsal space on 46th Avenue in the Sylvan Park neighborhood. 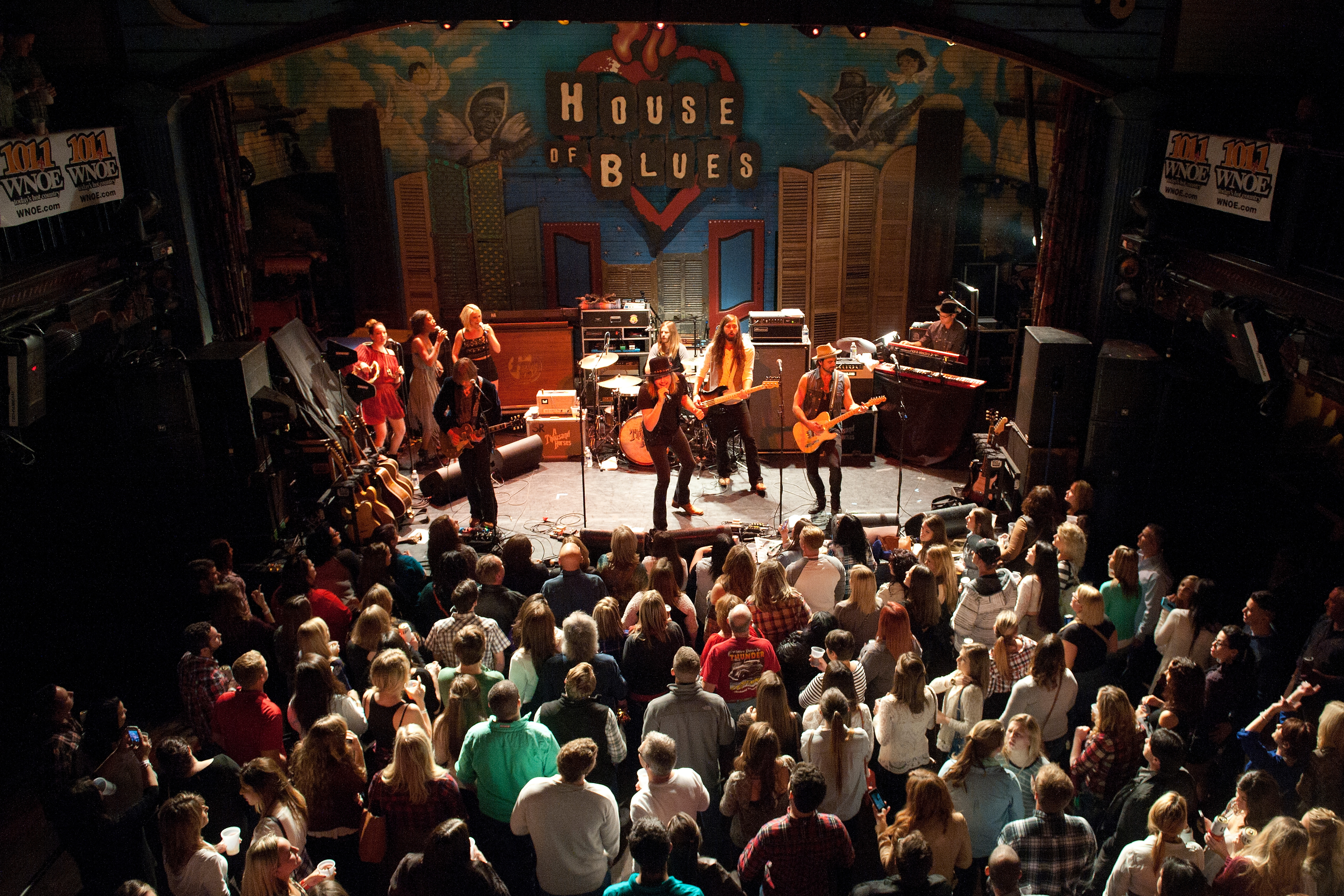 “That’s when we formed A Thousand Horses,” says Hobby. “We’d all live in a house together and [Zach] would drive back and forth from Atlanta and sleep on our floor. I miss that house.”

Once Brown relocated to Nashville, the Horses were off, hitting the road on seemingly endless runs. At one point, they opened for Gregg Allman during his solo theater tour.

But when a previous record deal (with Interscope in 2010) went south, the members found themselves adrift.

“We had just lost our record deal, and our booking agent and management quit. We came home from tour, all of us not sure what the fuck we were going to do. So we did the only thing we knew. We set up in that little room on 46th Avenue and we played,” says Hobby.

The song that came out was the Southernality highlight “Landslide.” “Looking back at it now, we were angry, and we were against the Man. At that point, the Man was the label,” he continues. “But we decided, fuck it, we’re going to keep rocking. We’re going to keep moving, and you’re not going to stop us.”

A Thousand Horses went back to touring and played themselves right into a new deal with Republic Nashville, part of the Big Machine Label Group.

“We all had that in common, we all wanted to be on the road,” says Hobby, looking to Satcher, who takes it one step further. “I don’t think the band functions unless we are out playing,” he says.

“Sharks gotta swim, you know?” adds Deloach, prompting a laugh from his mates.

The band will certainly do a lot of playing this summer. The Horses are on the road with Darius Rucker through September and already have their fall mapped out. The group is also staring down a promising follow-up to “Smoke,” the addictive “(This Ain’t No) Drunk Dial” (co-written, incidentally, by Johnston’s Cadillac Three bandmate Neil Mason). The band recently filmed a video for the song at an old Masonic temple in Nashville.

“You write a song, you record a song, you put it out to the public and you hope that they like it too,” says Hobby. “‘Smoke’ has blown our minds with how well it’s done and how fast it went. To see the fans react to it, that’s what really connects for us. It’s all a whirlwind right now.”