Raised in Alabama, Shelby Lynne has made her home in California for 16 years, but as the saying goes, you can take the girl out of the South, but you can’t take the South out of the girl. That’s especially true when it comes to the music Lynne has been creating throughout her career. From the stone cold country of her first three albums (criminally ignored by country radio) on Nashville’s Epic Records, to the gutsy and groove-filled I Am Shelby Lynne in 2000, right up to her most recent LP, 2011’s exceptional Revelation Road, the singer-songwriter has excelled at working in multiple genres, all the while crafting deeply personal lyrics that vividly reflect her upbringing.

“There is no way you can deny that I’m a damn southerner,” Lynne tells Rolling Stone Country. “Everywhere I go, I should have a subtitle under me because people can’t understand a word I say.”

For her 13th full-length album, I Can’t Imagine, the Grammy winner once again draws on her roots and her myriad influences, delivering 10 new tunes she has written or co-written. Set for release May 5th, the self-produced LP marks her debut on the Nashville-based Rounder Records. (See its complete track listing below.)

Mostly penned in 2012, I Can’t Imagine features five songs composed solo by Lynne, along with a pair of tracks (“Love Is Strong” and “Be in the Now”) co-written by Ron Sexsmith. Three songs were written with band mates – “Better” and “I Can’t Imagine” with Philadelphia guitarist-keyboardist Pete Donnelly and “Sold the Devil (Sunshine)” with her “right-hand man” Ben Peeler, who is also a Southerner and plays steel guitar on the title track, the inspiration for which stretches back to a few years before Lynne permanently relocated to the West coast. (Hear the exclusive premiere of “I Can’t Imagine” below.) 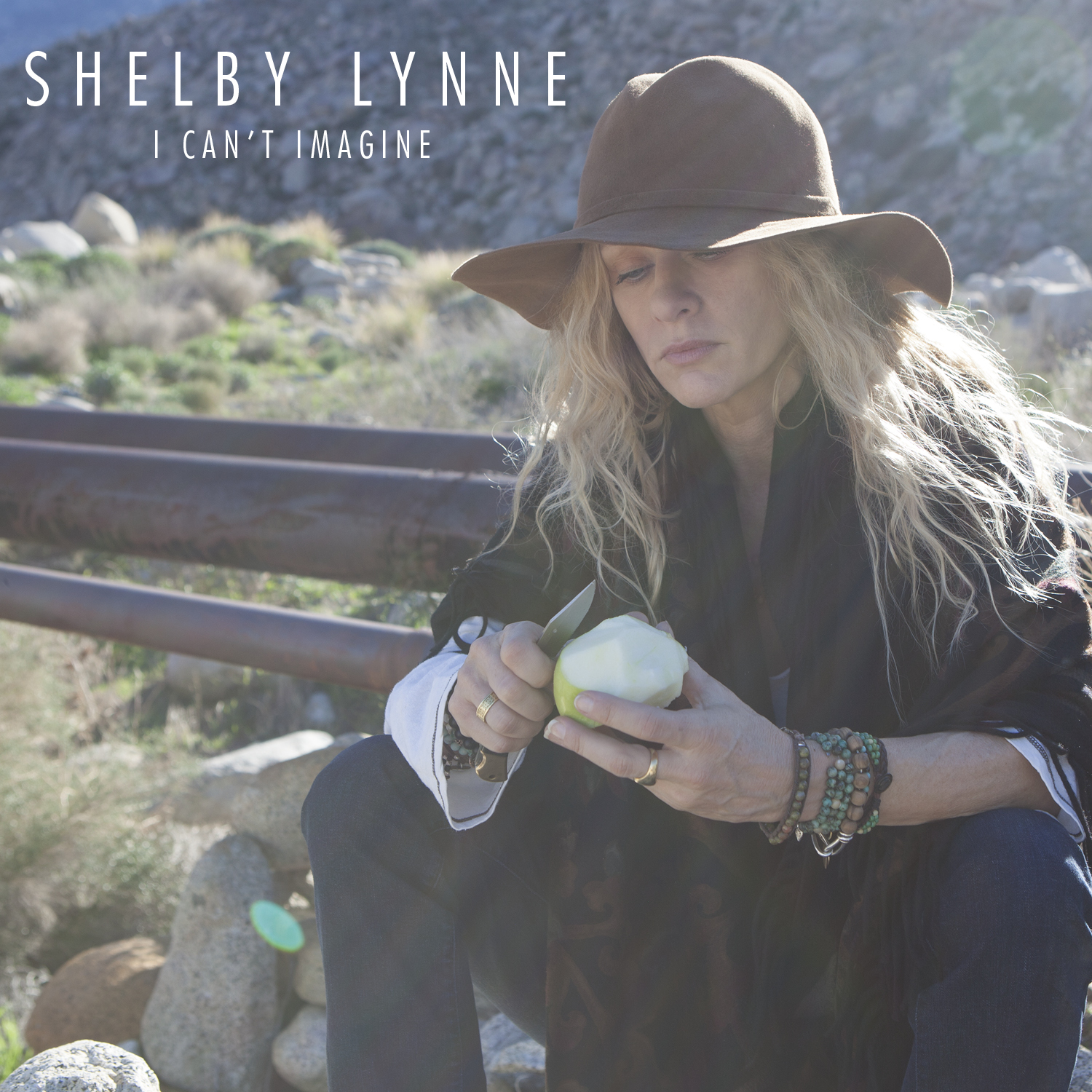 “I always had a fascination with the bigness of California, and then just making my path here, it’s gotten in me,” Lynne tells Rolling Stone Country of the easygoing song’s inspiration. “I was out here making the I Am [Shelby Lynne] record.. . . It was about just getting in the car and driving, finding just desert and being at home, knowing I’m in the right place. I had left and found my place. It’s kind of … ‘I can’t imagine I made it.’ It’s a song that puts you in a place.”

Other tunes on I Can’t Imagine include the touching “Son of a Gun,” about a Depression-era migrant worker, “Following You,” which Lynne says is “about my daddy – shooting squirrels in the woods with him when I was 11,” and “Down Here,” a southern rocker of which Lynne says, “When I read stories about people in the South throwing out their kids for being gay, I say, ‘What the… ?'”

I Can’t Imagine was recorded at Dockside Studio in Maurice, Louisiana (pop. 642), on the Vermilion Bayou, and also features singer-songwriter Clarence Greenwood, better known as Citizen Cope, on three of its tracks: “Back Door Front Porch,” “Down Here” and “Better.”

Lynne is currently working on a live show that will spotlight the new album and I Am Shelby Lynne, both in their entirety. “One long, two-hour show,” she promises. “I want to give people their money’s worth. No intermission, two great albums. Boom!”