For Shooter Jennings, Record Store Day is a national holiday — it’s also the ideal opportunity to explore the more out-there side of his musical tastes. On April 18th, the eighth annual Record Store Day, Jennings’ label Black Country Rock will release a wealth of noteworthy vinyl, including the very first recording by his famous father, Waylon Jennings, a trippy mash-up by Dennis Haskins (Mr. Belding from Saved by the Bell) and his own collaboration with Billy Ray Cyrus. Titled “Killing the Blues,” the song was written by Rowland Salley, who plays bass for Chris Isaak, and had been previously recorded by Robert Plant and Alison Krauss for their Grammy-winning Raising Sand album. (Listen to the premiere of Cyrus and Jennings’ “Killing the Blues” below.)

Cyrus, ever the mystic, calls the track “magic” and views his reunion with Jennings as a sign from the universe. He remembers first meeting the elder Jennings, who after being suspect of Cyrus’ “Achy Breaky Heart” brand of country, took him under his wing.

“I sat across the kitchen table in my house in Tennessee looking at my hero Waylon Jennings,” Cyrus tells Rolling Stone Country. “Waylon looked at me and said, ‘Son, do you know what the definition of an outlaw is?’ I said, ‘No, sir, what is that?’ And he said, ‘One who has been outlawed.’ He winked and said, ‘Welcome to the club.'”

“He took me into this room where his stereo is. He said, ‘My son is onto this new sound, and it’s full fledged rock & roll, but it has southern roots,’ and he started playing me Shooter’s stuff,” Cyrus says. “And here we are now, full circle. Shooter has some kind of outlaw mojo around him that he’s been born with, and you can’t ignore it.”

Jennings echoes Cyrus’ it’s-all-about-the-fate sentiment. He remembers the Kentucky singer-songwriter, whose 1992 debut Some Gave All was certified nine-times platinum, turning up in the strangest of places, including a remote film set in Toronto.

“The times I was probably most lost in my life, he would randomly show up,” says Jennings. Later, while performing a series of shows in Los Angeles, Jennings invited Cyrus to join him onstage. The reunion went on to spark “Killing the Blues.” 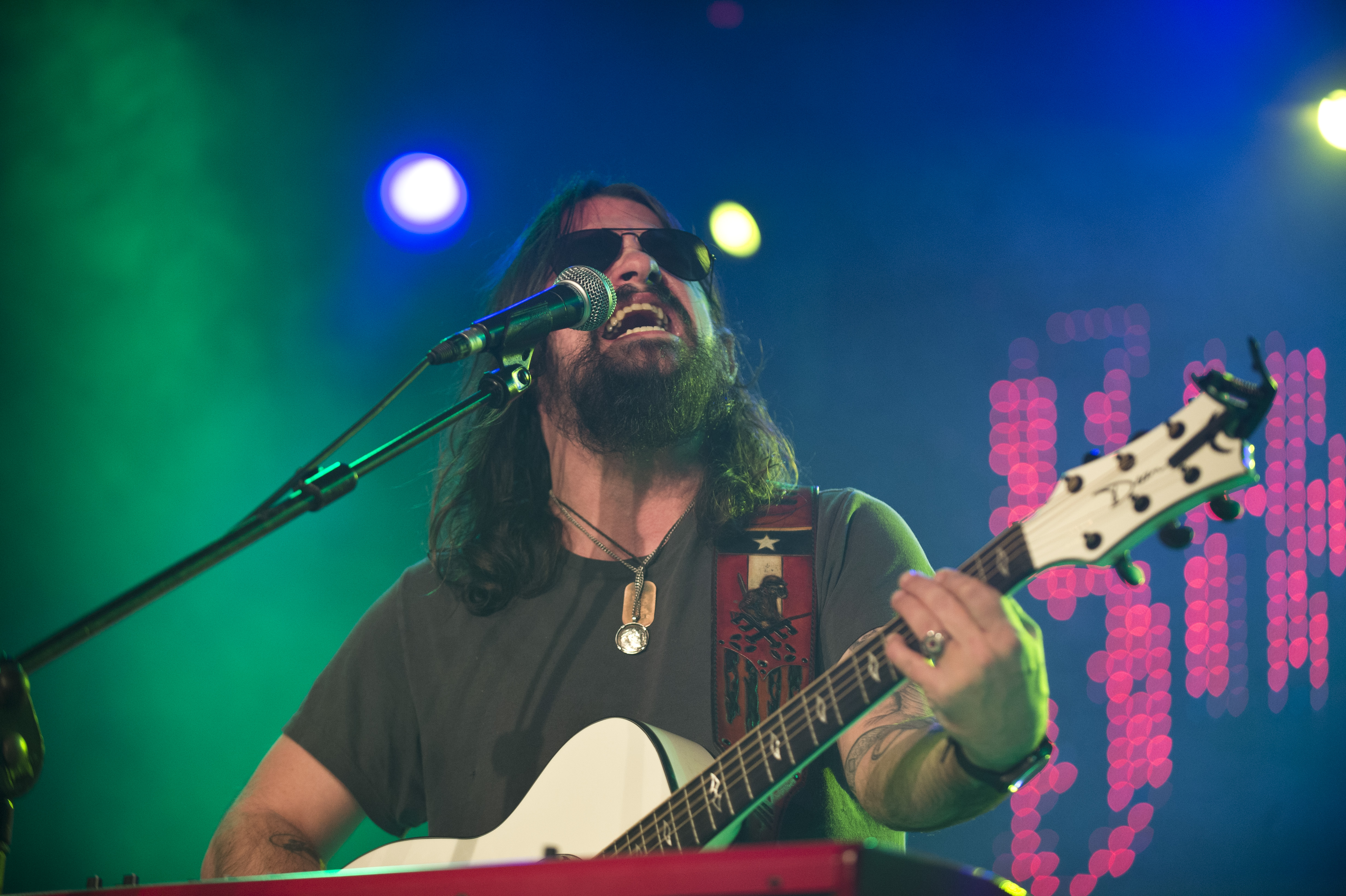 Recorded in the Echo Park neighborhood of L.A., in a studio Cyrus calls “the meat locker,” the finished duet, produced by Jennings, is a swirling mix of psychedelic echoes and stacked harmonies. Jennings, along with frequent collaborator Ted Russell Kamp, sat mesmerized as Cyrus dug into his bag of vocal tricks, inhabiting different characters for each part.

“He has names for the different people, the different voices,” Jennings says. “He’s like a country Freddie Mercury. It was so cool to witness that.”

Cyrus explains that the voices in his head — and the ones that manifest themselves in the studio — came from mimicking his father’s vocal quartet as a child.

“I play by ear, so I just name those parts. One is called ‘Ruthie,’ and it’s when I sound like my mom when she’s singing gospel music. There’s a cat named ‘Sammy’ and he does more of the rough rocking stuff. There are variations of many of those and that’s the only way I know how to do it: give it a name,” Cyrus says.

The friends returned to the studio a few months later to record the B-side to “Killing the Blues” — a cover of Waylon’s “I’ve Always Been Crazy,” with Lee Roy Parnell on guitar. It was Cyrus’ idea to cut the roadhouse anthem, says Jennings, who compares the arrangement to Derek and the Dominos.

For Cyrus, “Killing the Blues” represents a comeback of sorts. His last album was 2012’s Change My Mind, which, he says, got lost in the shuffle while he was appearing on Broadway in the musical Chicago, the same time that Hurricane Sandy struck New York City.

“My whole career blew out to sea with the storm. It took me two years to recover from all the bad stuff that happened to me. I had withdrawn into this place where I felt sad and all I did was play music. In the midst of that, Shooter hit me with this wonderful piece of music,” he says of “Blues.” “It sounds crazy, but it’s like something that was totally meant to be.”