“Part Time Lovers (Full Time Fools)” was one of the first songs Andrew Combs recorded for his excellent second record All These Dreams, which Rolling Stone Country recently named one of the 30 Great Country Albums of 2015 You Probably Didn’t (but really should) Hear. But the song actually didn’t end up making the final cut.

“It didn’t fit the mold for me,” Combs tells Rolling Stone Country about the track written with Jabe Beyer, “so we put it aside. It’s about something I am sure everyone who has been in a relationship has thought about — two people who were in an old relationship that’s long past, and, at the time, they thought they were in love. But it fell apart, because they were too young and green to know what love felt like.”

Streaming exclusively below, the song blends jangly piano and steel guitar riffs with a wistful folk refrain — Combs and his band were shooting for a Bob Dylan Planet Waves-era vibe. “A polished version,” he says, “that rollicking band kind of thing.” It’s a period Combs often evoked in his debut full-length, Worried Man, tapping into the spirit of songs like Dylan’s “Tough Mama” that whirled around a chugging, soulful groove. For All These Dreams, however, Combs added complex, rich and, at times, even ethereal instrumentals to his ace lyricism, taking a look at the world through Roy Orbison’s rose-colored sunglasses.

“Youth is wasted on the young/that’s old news,” he sings. As a writer, Combs has always found himself drawn to the narrative style of Guy Clark, spinning lines that are as brutally honest as they are evocative. But lately he’s been “trying and probably failing” to get into poetry, digging into the likes of 2014 poet laureate Charles Wright, a Tennessee native.

“I find his stuff fascinating,” says Combs, who also admires southern fiction writers like Larry Brown (he named a track on Worried Man “Big Bad Love,” the title of a Brown short-story collection). “Poetry has always seemed inaccessible, but maybe I wasn’t looking in the right places.” Does he anticipate that any sort of poetic structure will show up on future songs? He pauses, and says, “possibly.” 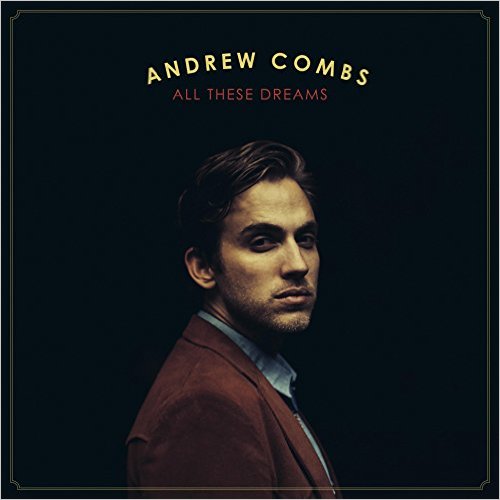 But for now, he’s not doing much songwriting. Currently on the road with Nicki Bluhm & the Gramblers, followed by a slew of headlining dates in Europe, he’s looking forward to landing back in Nashville and taking some time to tap into his creative self again (and not sharing one hotel room with his entire band). “I definitely gather ideas when I am gone, but there is not enough private silent time for me to escape everybody,” Combs says. “I’m itching to get back to it.”

When he does make it back to Nashville, however, he’ll have one major conquest before settling down with that pen and guitar: opening for Kacey Musgraves at the famed Ryman Auditorium.

“I’ve known some of the folks in her band for a long time,” Combs says of Musgraves, “and we have a good old time hanging out. She’s writing what she wants and singing what she wants, which is refreshing. That’s something that’s lacking.”

Though it’s his debut on the storied Ryman stage, Combs isn’t nervous, and he isn’t planning on any special tricks or one-offs either. “I’m just going to keep it real,” he says, “and keep it honest.” And for Combs, that’s really nothing new at all.