In the spring of 1949, Hank Williams had his first Number One hit with “Lovesick Blues” and made his final appearance on the Louisiana Hayride. He would then join the Grand Ole Opry, where he made his triumphant debut that June, shortly after his son, Hank Jr., was born. In October of that monumental year for the entertainer, Williams began hosting his first syndicated radio program, The Health & Happiness Show. In honor of the show’s upcoming 70th anniversary, BMG will release both a two-CD and three-LP vinyl set containing the entire collection of Williams’ eight Health & Happiness radio shows from 1949, boasting familiar hits, never-before-heard performances and other rarities among the 49 tracks, including the only known recording of the gospel song “Tramp on the Street.”

Among the unheard cuts from the forthcoming collection is Williams’ mournful version of “Lost Highway,” which, in the audio clip premiering here, the singer calls “one of the prettiest things I ever recorded.” With lyrics that lament a life gone astray, the song has been closely associated with the troubled country legend since he first recorded it, yet was actually written and first released in 1948 by Leon Payne, composer of several other classic tunes including “I Love You Because.”

“My dad didn’t write ‘Lost Highway.’ It was never much of a hit for him,” his daughter Jett Williams says. “But its cautionary lyrics have defined the way we think of him now more than any other song in his catalog.”

All eight radio shows contained in The Complete Health & Happiness Recordings were transferred from the original 16-inch transcription discs, and produced by Omnivore Recordings’ co-founder Cheryl Pawelski, a Grammy winner for her work on the Hank Williams set The Garden Spot Programs, along with historian Colin Escott and Grammy-winning engineer Michael Graves. Other performances include hits such as “Lovesick Blues,” “Mind Your Own Business,” “I Saw the Light” and “I’m So Lonesome I Could Cry.”

Recorded at Nashville’s WSM studios on two successive Sundays in October 1949, the set offers the earliest recorded evidence of Williams’ now-iconic backing band, the Drifting Cowboys, with a spotlight on fiddler Jerry Rivers. Also featured on four of the programs is the singer’s wife, Audrey Williams, of whom Williams scholar Colin Escott muses in his liner notes, “There’s really nothing redeeming about Audrey’s singing: you either hate it or you loathe it.” 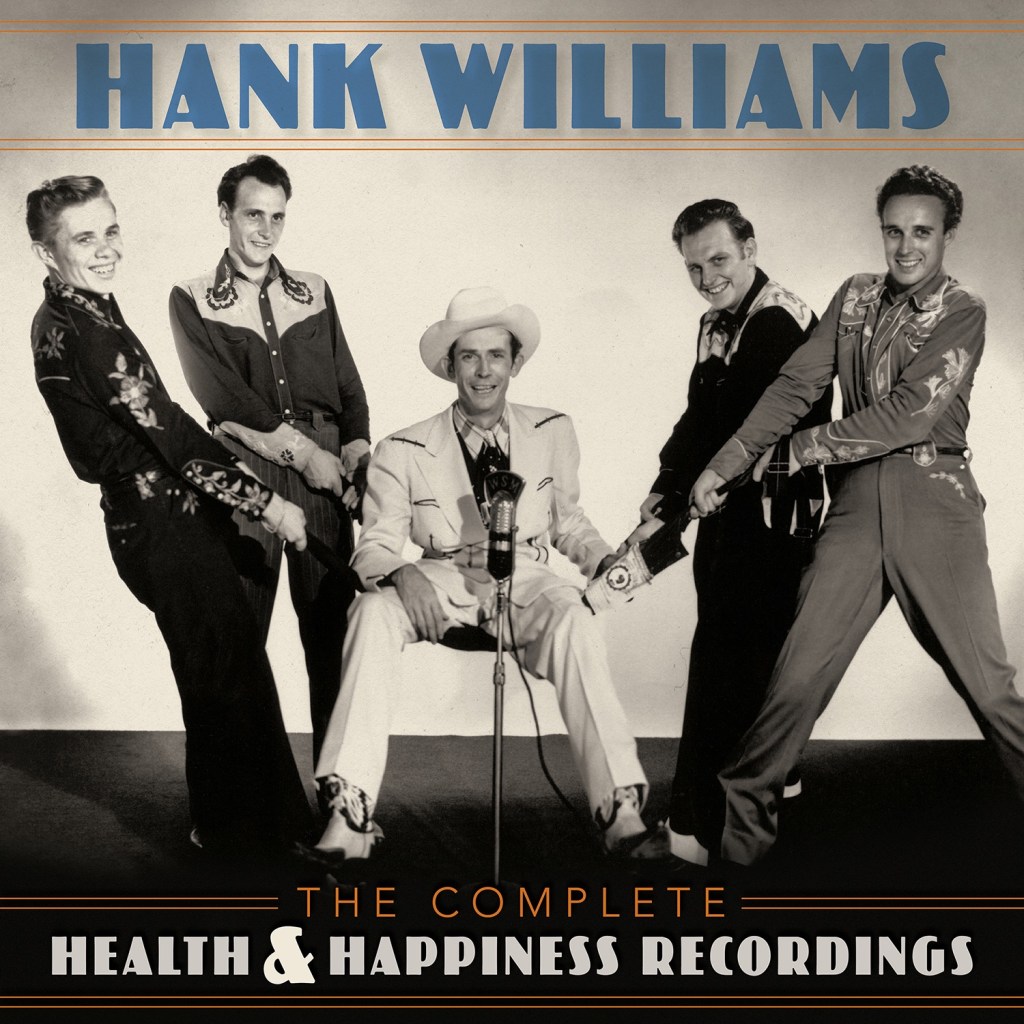 As originally aired, the Health & Happiness Show was underwritten by the makers of Hadacol, a foul-tasting “dietary supplement” that gained most of its supposed curative properties from its 12 percent alcohol content. The traveling Hadocol Caravan roadshow featured Williams, as well as Bob Hope, Milton Berle and Jimmy Durante on its eclectic bill of performers, but scandal and financial ruin put an end to the company in 1951, not long before Williams died of heart failure brought on by drug and alcohol abuse at just 29 years old.

The Complete Health & Happiness Shows will be available June 14th.