This week marked a major victory for Glen Campbell’s oldest children in what they claim has been an ongoing battle with their stepmother over rights to visit their ailing father. On Monday, Tennessee Governor Bill Haslam signed the Campbell/Falk Act, which protects communication rights for people who’ve become wards of the state and those who have conservators over their financial and living situations.

Named after the country music legend and Emmy-winning actor Peter Falk (Columbo, Murder, Inc.), the new law restricts conservators from blocking interaction with loved ones, whether it be in person or via phone, email or mail. And if the disabled person is unable to communicate — as is the case with Campbell, who is in the final stages of Alzheimer’s — his or her prior relationship with the visiting person presumes consent.

Campbell’s eldest daughter, Debby, and son Travis teamed with Falk’s daughter, Catherine, in lobbying the government to get behind the cause. Catherine Falk claims her stepmother tried to prevent her from seeing her famous father, resulting in extensive (and expensive) legal action. Peter Falk suffered from dementia and passed away in 2011. Catherine claims her stepmother neither notified her of her father’s passing, nor of his funeral.

Falk was at the Tennessee state capitol this past Monday, along with Debbie Campbell Cloyd, Travis Campbell and his wife Trudy, Marcia Southwick with Boomers Against Elder Abuse and Joseph Roubichek of the National Association to Stop Guardian Abuse. Country legend Tanya Tucker — who dated Glen Campbell in the early Eighties and has remained a close family friend — was also in attendance to lend her outspoken support.

“If this can happen to Glen Campbell, it can happen to anyone,” Trudy Campbell said at the bill’s signing, as reported in a news release from Tennessee’s Senate Republican Caucus. “It is a civil right and certainly a God-given right to see your child and to receive mail from them. We know that thousands of others are suffering from restrictive action by a ward and are very pleased that Tennessee has passed this law to protect them.”

Senator Rusty Crowe (R-Johnson City), who sponsored the bill with Representative Jeremy Faison (R-Cosby) commented that it’s “heartbreaking to hear sons and daughters who cannot spend quality time with their parent after they are incapacitated and their health is in decline,” adding, “We believe this new law strikes the right balance so that it protects the rights of some of our most vulnerable citizens, while at the same time giving the conservator a fair process to follow in protecting the ward.” 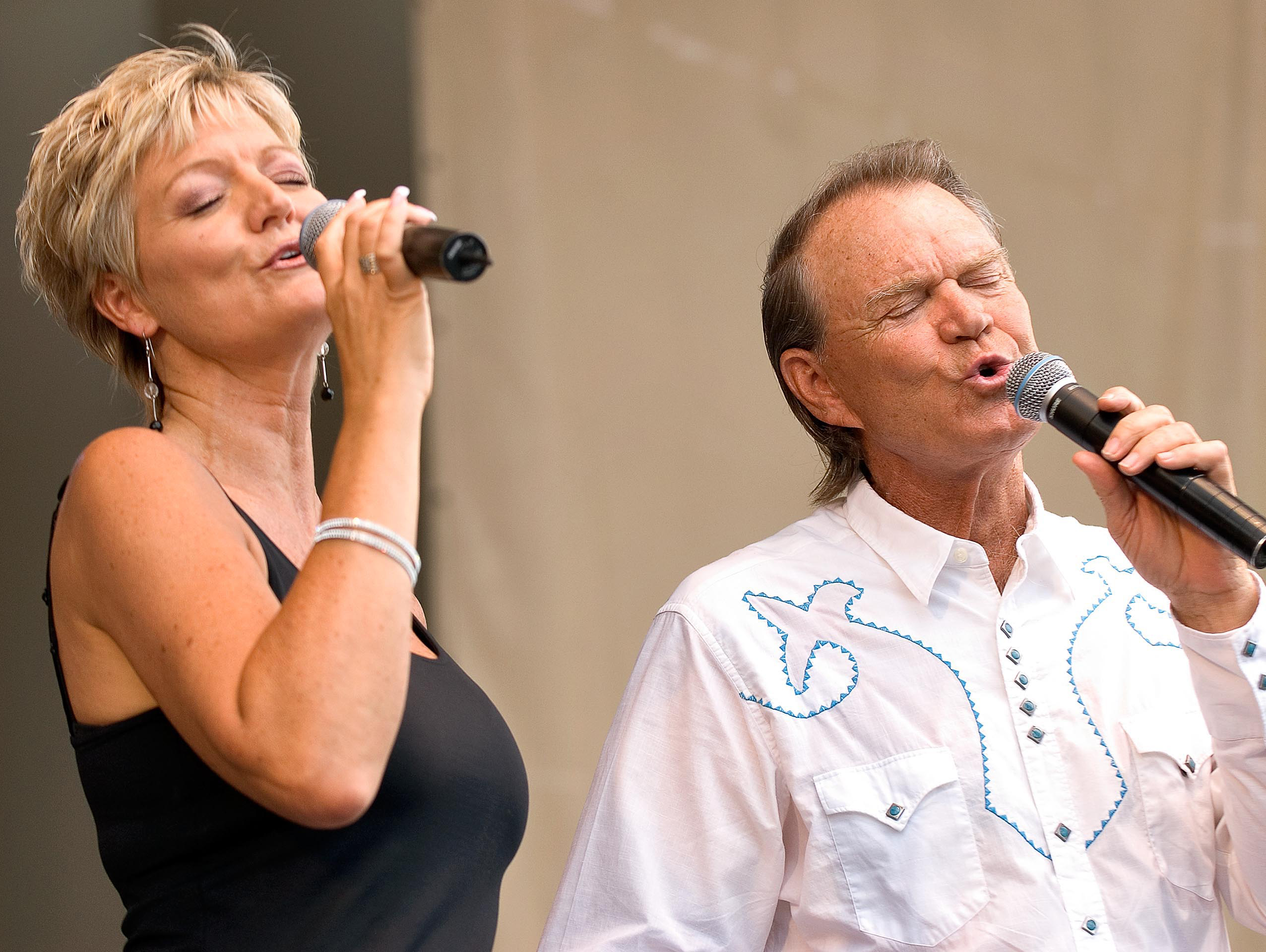 The passage of the bill means that Debby and Travis can now freely visit their father unless specifically prohibited by a court order. But the singer’s wife, Kim Campbell, retains her rights to petition the court for restrictions — if she can show just cause. Kim and Glen’s daughter Ashley insists that’s not even an issue.

“No family member has ever been denied a visit to my dad. Sometimes we have restrictions as far as for his privacy and safety, like restricting photos taken or items brought in, but no family member has ever been denied,” she told Rolling Stone Country last summer. “We have some family members who don’t understand the disease and what he’s going through and like to make a fuss. What they don’t know is what they’re doing is a disservice to their dad and to people with Alzheimer’s everywhere and their families dealing with it. What I will say to any negativity that’s being spread out there by whomever and whenever, is that he is surrounded by love and he is getting the best care possible. He’s not missing out on anything. He’s being taken care of by people that love him and are making sure he has everything he needs.”

Glen Campbell, the iconic entertainer beloved for such hits as “Galveston,” “Rhinestone Cowboy” and “Wichita Lineman,” was diagnosed with Alzheimer’s in 2011. He is now living in a memory care facility in Nashville. Glen Campbell: I’ll Be Me, an acclaimed documentary shedding light on his illness — and also celebrating his unparalleled career — has just been named a Peabody Award finalist.