Boasting three new full songs and 25 instrumental pieces scored especially for the show, the soundtrack arrives at digital retailers on May 18th.

Strait sings “Take Me to Texas,” a Brandy Clark and Shane McAnally-penned theme song that sounds right up the proud Lone Star native’s alley, while Kristofferson combines his acting and singing experience to style a haunting, somber rendition of Tom Petty’s classic “I Won’t Back Down.”

Using his ultra-weathered voice to full effect, Kristofferson gives “I Won’t Back Down” a whole new outlook, going from proud and optimistic to full of regret and pain, but resilient all the same.

History recently released a behind-the-scenes video of Kristofferson cutting “I Won’t Back Down,” which mixes studio footage with scenes from the dusty, chaotic Texan frontier depicted in the miniseries. 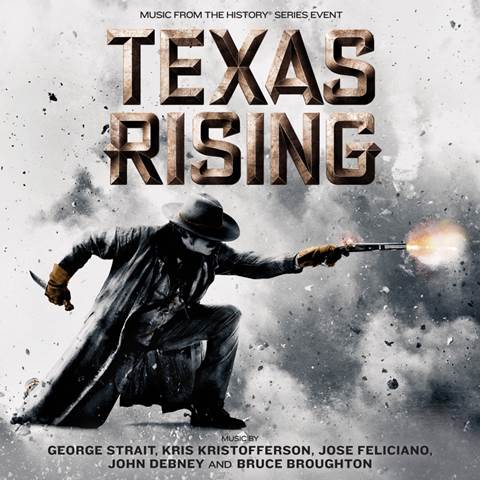 In addition to appearing on the soundtrack, Kristofferson portrays President Andrew Jackson in the series, joining a star-studded cast that includes Bill Paxton as Sam Houston, Olivier Martinez as Mexican General Santa Anna and Ray Liotta and Brendan Fraser.

Texas Rising premieres on History on Memorial Day, May 25th at 9 p.m. ET/PT.