The Academy of Country Music’s first Lifting Lives Gala, hosted by Garth Brooks and Trisha Yearwood, was a rousing success raising more than $1.5 million for the ACM’s charity arm, as well as Brooks’ Teammates for Kids.

The co-hosts got help from some of their talented friends Friday night, turning the ballroom at the Omni Dallas Hotel into a world-class mini-country festival, featuring sets by Hunter Hayes, Little Big Town, the Band Perry, Lady Antebellum and Keith Urban. TV personalities Nancy O’Dell and Montel Williams also helped emcee the event. The benefit, originally slated to be split between the Omni and Fort Worth Zoo was switched to only the Omni just days before, to allow attendees to see all of the acts. It was a smart move given the stormy April weather.

The Year in Garth Brooks: Why 2014 Was a Revamp, Not a Comeback

Hayes started the evening with a stripped-down set, accompanied only by a guitarist, mandolin player and a drum loop. Show opener “Tattoo” melted into an extended version of “Storm Warning.” “Not often do we get to play acoustic and do this kind of arrangement,” Hayes said. “Thank you for indulging us in a little jam time.”

Next came a sweet and sultry “Wanted, the Louisiana native’s first Number One, which drew a cheer of recognition from the well-heeled 800-plus person crowd, who paid up to $1,250 each for tickets. Hayes ended with a unrestrained, bouncy version of “I Want Crazy,” finally unleashing his guitar prowess with a dazzling solo.

Little Big Town’s set was as rambunctious as Hayes was intentionally low-key. Under a flood of red lights, they opened with an effervescent “Day Drinking,” segueing into a raucous “Stay All Night” that highlighted their harmonies. If the audience was aware of any of the controversy surrounding rising single “Girl Crush,” they showed no glimmer of recognition during the band’s sterling performance of the haunting tune. “Pontoon” led into a full-bodied, thumping “Boondocks.”

Reigning ACM vocal group of the year the Band Perry launched their segment with the cautionary “Better Dig Two,” leading into a rollicking “Chainsaw” that had Kimberly Perry traversing the stage with abandon. The trio slowed it down for a stirring acoustic version of “If I Die Young,” but the emotional high point of their set came when they were joined by some special guests. Last summer, the trio wrote an uplifting song, “Bright Eyes,” with Lifting Lives campers with Williams Syndrome, a rare neurodevelopment disorder. Friday night, they were joined by more than a dozen of the campers for the feel-good, folky number.

Kimberly Perry told Rolling Stone Country that the sibling act did not hesitate when Brooks’ team contacted their management to ask for their participation. “Garth is such an institution in country music and not only because of his music and all his contributions creatively, but his good heart,” she said. Her brother Reid joked that the superstar pestered them to get an answer. “He was texting us at midnight, and we just told him, ‘Dude, we’re trying to do stuff here.'” 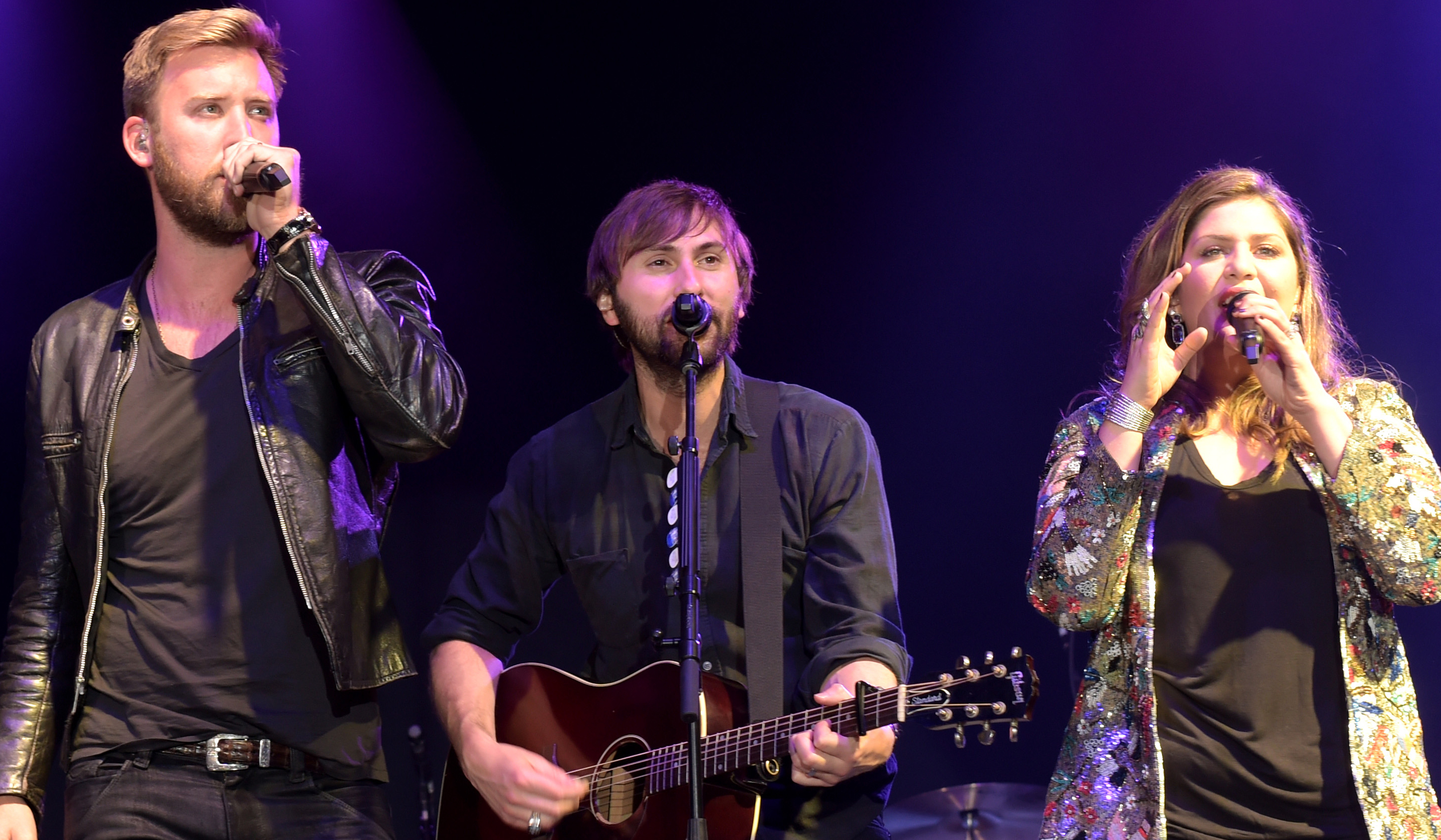 A day after Hillary Scott’s tour bus caught on fire, 10-time ACM winners Lady Antebellum worked hard as they pumped up the room following an auction that raised more than $600,000, in part thanks for Brooks’ generosity: He bid $285,000 to buy back his 1994 Maroon Dually Chevrolet truck. Not aware that Brooks had already committed to auctioning off the truck, Yearwood had just refurbished the vehicle for her husband’s February birthday. “If we would have brought it the way it was before I fixed it up, no one would have bid on it,” joked Yearwood to Rolling Stone Country. “I know it was Garth Brooks’ truck, but it was hurting and now it’s beautiful.”

Brooks admitted under other circumstances, it would have been difficult to give up the ties to his past, “but since it’s going to help kids, it’s like, ‘Are you kidding me? What else can I get rid of?'” he told Rolling Stone Country.

Lady A’s fast-paced set included buoyant versions of “Hey Bartender,” “Run To You,” “Downtown” and “Need You Now,” which the band turned into a collective effort, as attendees, who had abandoned their tables for the dance floor, sang along.

Urban provided the evening’s most rocking set with robust versions of “You Gonna Fly,” “Put You in a Song,” “Cop Car,” “Raise ‘Em Up” and “Somewhere in My Car.” “It feels good to be playing, we haven’t played in a while,” said the American Idol judge, who starts a North American tour in June. “I wish we could play all night.”

As the clock neared midnight, Brooks joined Urban for “Friends in Low Places” for the first — but not the last — duet of the evening. The pair then brought out Yearwood, who performed a jubilant “She’s in Love With the Boy.” She stopped singing to praise Urban’s guitar chops. “I just have to take a moment. . . that was awesome,” she said after Urban played a particularly tasty solo.

Hayes then returned to back Urban and Brooks on “The Dance,” even taking the second verse, to close out the evening.

Since its inception 50 years ago, Lifting Lives has awarded more than $8 million in grants to more than 150 causes, including music therapy programs, musicians in need and the Wounded Warriors Project. Brooks stressed that much of the money raised Friday night would stay in Texas, including funneling it to Teammates for Kids’ Child Life Zones at Children’s Health of Dallas and and Cook Children’s [CQ] of Fort Worth.

Friday night’s gala was the kickoff to the 50th anniversary Academy of Country Music Awards, to be held Sunday night, April 19th at Arlington, Texas’ AT&T Stadium, home of the Dallas Cowboys. 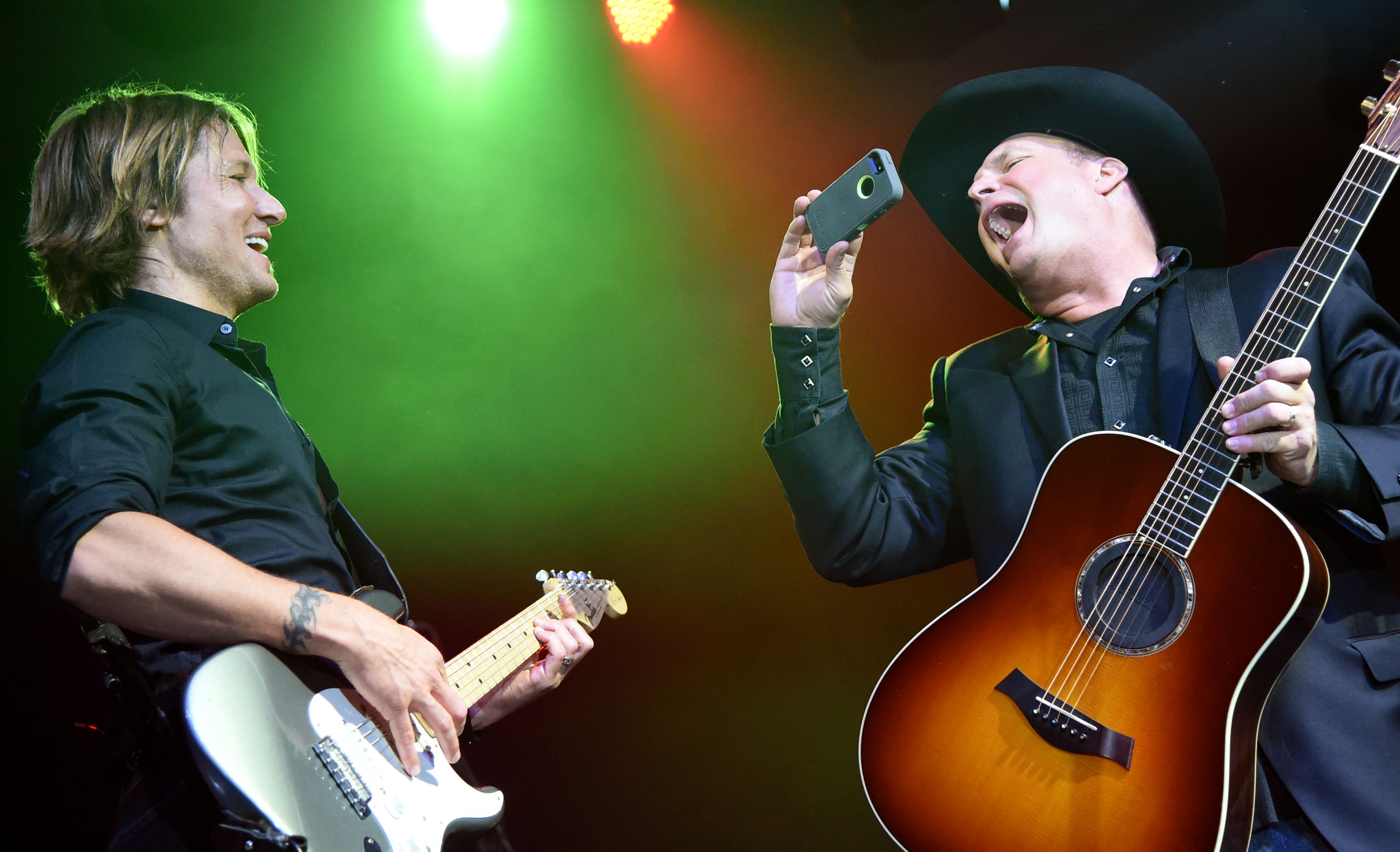