Dolly Parton’s impeccable gift for turning an intimately personal anecdote into a universally embraced anthem has never been truer than with her “Coat of Many Colors.” The intricately detailed story song, which she recorded in April 1971 just as her solo career was beginning to take off, is one of the reasons Parton earned such sobriquets as “a hillbilly Louisa May Alcott” or “the Charles Dickens of country music.” As she goes “wandering once again, back to the seasons of my youth,” Parton takes listeners along with her to a place where even the most unworldly of us find common ground with one of the most famous women in country music.

Those who know her life story know that Parton was brought up in a little cabin in a holler at the foothills of the Great Smoky Mountains of East Tennessee. In her 1994 autobiography Dolly: My Life and Other Unfinished Business, Parton quips that her family of 14 (she was the seventh of 12 children) was “poor as Job’s turkey.” One year, when Dolly was around 9 years old, her mother Avie Lee decided that her daughter needed a warm coat to wear. With an old treadle machine, Avie Lee sewed the youngster’s coat out of the brightest scraps of material she could put together because she wanted the garment — which would have to last the youngster as long as possible — to match the pint-sized Dolly’s bigger-than-life personality. Once the coat was finished, its proud owner was, she recalls, “strutting around like a patchwork peacock.” But the reaction from her classmates wasn’t what the youngster had expected. Even though she thought they would understand when she told them about the coat’s Biblical inspiration — of Joseph and a likewise colorful coat he wore because he was his father’s favored son — Parton’s memory of her school friends making fun of her stung the sensitive, perceptive young girl for a long time.

By the early Seventies, while Parton was still a member of Porter Wagoner’s touring band and the “girl singer” on his popular syndicated TV series, she was beginning to enjoy success as a solo artist as well. Late in 1970, she released what would become her first Number One hit as a solo act, “Joshua.” One of her many story songs, it would lead the way for such slice-of-life dramas as “Jolene,” “Down From Dover,” and the song she would use to ease the pain of finally stepping out from Wagoner’s shadow, “I Will Always Love You.”

While “Coat of Many Colors” would only reach Number Four on the country chart after it was released late in 1971, it has gone on to become a signature song and concert staple for Parton. Additionally, the tune has been covered multiple times by country singers including Emmylou Harris and even Scottish comedians — mainly one Billy Connolly, whose rendition on a live record (listed as “Coat of Many Colours”) starts off sounding like it’s going to be a shameless parody then turns into a very moving performance and yet another example of the song’s widespread appeal and charm.

The song has evinced other influences as well. For the 1982 LP The Winning Hand, which features previously recorded songs from Parton, Willie Nelson, Brenda Lee and Kris Kristofferson, Johnny Cash contributed liner notes in which he stated it was Parton who helped turn him to the Bible after he heard “Coat of Many Colors” for the first time. Dolly’s original “coat of many colors” would be seen on both the cover of the 1970 duets LP, Porter Wayne and Dolly Rebecca, and inside the original My Tennessee Mountain Home LP from 1973.

Parton herself would (only halfheartedly) joke that the song’s financial success took the sting out of the memory of being taunted by her classmates, but her attempt to repay her mother for the coat didn’t get the reaction she expected. In her autobiography, Parton recalls suggesting that the two of them go to Knoxville so Dolly could buy her mother a mink coat, but the elder Parton wouldn’t hear of it. “It’s bad enough we have to eat little varmints,” Parton recalls her mother joking. “I don’t have to start wearing them.” Avie Lee suggested to Dolly that if she really wanted to repay her, she should just give her the money a coat would cost instead, and that’s exactly what she did.

In November 2003, Dolly was celebrated during a special episode of the Oprah Winfrey Show with musical performances from Melissa Etheridge, Shania Twain and Alison Krauss — all of whom had paid tribute to her on the Just Because I’m a Woman LP released that same year. The album paired the sterling songwriter’s tunes with some of the female artists who had been influenced by her and also included appearances from Sinead O’Connor, Shelby Lynne, Norah Jones, Mindy Smith and more.

As Oprah’s audience clapped and the host sat by singing along, Parton was relegated to the role of harmony singer as Shania took the lead on “Coat of Many Colors” (which she performs on the tribute LP with Alison Krauss and members of her band Union Station, who provided musical accompaniment for the Oprah performance). With the towering influence Parton had been on her own singing career, it’s no surprise to see Twain overcome with emotion as the song ends.

Coat of Many Colors comes to NBC Thursday night with a cast that includes Sugarland singer Jennifer Nettles in the role of Avie Lee Parton and Ricky Schroder as her dad, Robert. The film, while recalling the events surrounding the now-iconic coat and the close-knit musical family, will touch on other real-life events, including the death of one of Parton’s siblings to whom she was especially close. Anticipation for the film is high as the network is also preparing to bring other Dolly Parton songs to life on the small screen. The next in the series will be based on the 1973 smash “Jolene.” 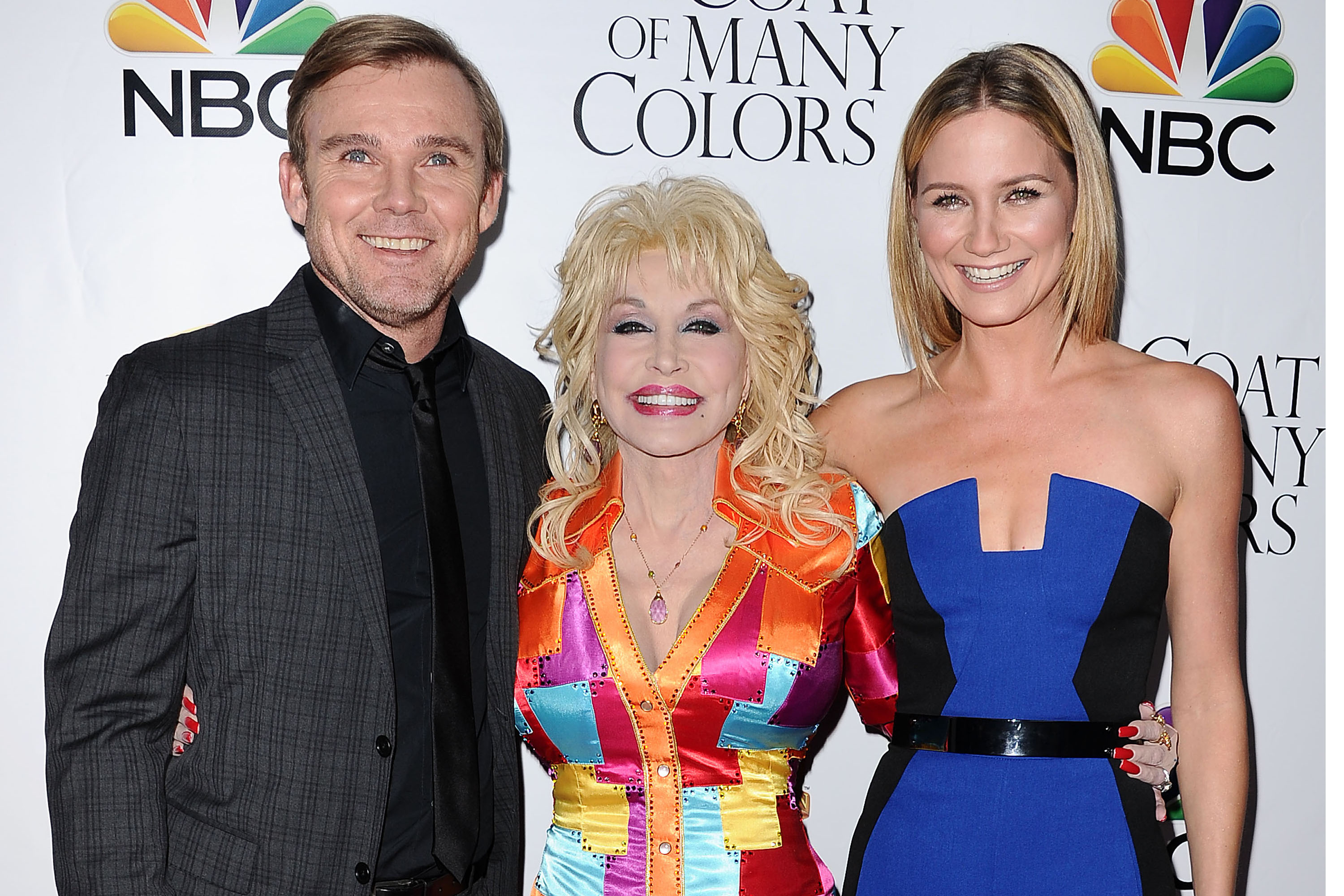 Parton easily identifies “Coat of Many Colors” as her personal favorite of all she has penned and notes that she appreciates the personal reaction others have had to it, understanding that its theme, although difficult, is universal.

“I’ve had so many people tell me through the years that this song itself has had a healing effect on them, whether it’s about their race, their nationality, whether they were overweight or whether they were crippled, people just identify with it,” Parton told Rolling Stone Country and other reporters at a preview for the film last summer. “When people make you feel less about yourself, it’s a hard thing to deal with.”