Eric Church’s 2019 Double Down Tour — which finds the singer-songwriter playing two nights in each city — kicked off on Friday in Omaha, Nebraska. For three hours each night, Church tapped into all phases of his career, from the hard-nosed confidence of his first two albums to the introspective and often funky troubadour fare of his latest, Desperate Man. Here are 10 things we learned about the tour, which resumes Friday in St. Louis, Missouri, and is slated to run through June.

No two shows will be the same.
Church is adamant about giving fans their own experience and, with two shows in each town, he says he’ll play four unique sets at each tour stop. The opening weekend setlists in Omaha varied drastically: on Night Two, Church played 22 songs different from Night One.

Church is still a Sinner.
While some artists with six albums to their credit may only offer a quick nod to their debut, Church has a special affinity for his first LP, Sinners Like Me. Over the two Omaha shows, he played 11 songs off the 13-year-old album, from the rarities (“Can’t Take It With You”) to the musts (“These Boots”).

Joanna Cotten is a force of nature.
Church’s longtime backing vocalist, both onstage and on record (that’s her harmonizing with him on “Chattanooga Lucy” on Mr. Misunderstood), is indispensable to his live show. On opening night, she had a number of star turns, including covers of Del Shannon’s “Runaway” and the Meters’ “Just Kissed My Baby.”

Lighting is a key component of the tour’s production.
Church doesn’t do pyro and concussions these days, favoring a bare-bones but no less impressive set built around three tiers of video screens that move and shift to form half of a Borg cube. But the eye-catcher are the lights: flashing red during “Desperate Man,” bathing the stage in green for “Smoke a Little Smoke” and, thanks to a rig that runs the length of the arena, zeroing in on individual fans with silos of white light.

Church pays tribute to the Poet of the Common Man.
Another track off Sinners Like Me, the Merle Haggard homage “Pledge Allegiance to the Hag” has always been a fan favorite. On this tour, it seems to have achieved a place of honor: Church sang it at both Omaha shows as various images from throughout Haggard’s career flashed on the video screens behind him.

Whiskey drinkers have an opportunity to buy next-level merch.
It’s no secret that Church enjoys his Jack Daniel’s — he played his ode to the brown liquor both nights this weekend and, at one point, descended the stage to do a shot with his crew. For the Double Down Tour, the Lynchburg, Tennessee, distillery is selling an Eric Church edition of its Jack Daniel’s single barrel. Available on the Friday of each show weekend at designated liquor stores in that city, the bottle comes with a replica of the police badge that Church wears around his neck. (And sales help support his Chief Cares charity.) 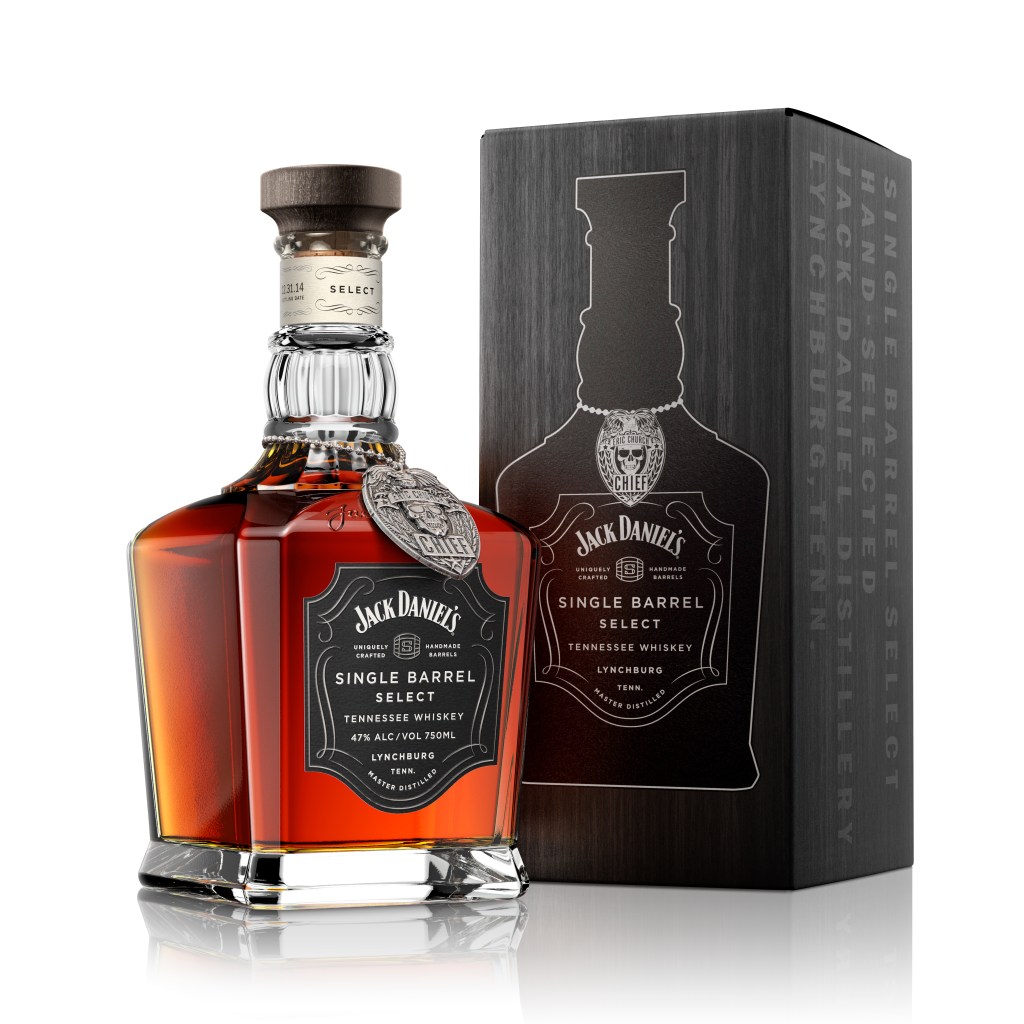 He’s taking requests.
During Night One, Church told the crowd that every show would include a song he’s never played before with his band — and it was up to the audience to shout out what that’d be. On Friday, someone called out Rodney Crowell’s “Ain’t Living Long Like This.” On Saturday, it was Bob Seger’s “Get Out of Denver.” If you’re not in the first few rows of the pit, yell loudly.

The scarves tradition continues…
During 2017’s Holdin’ My Own Tour, fans began tossing red, white and blue scarves like the one Church wore in the “Springsteen” video onstage, which the singer would drape around his neck. That communal experience with the fans continued in Omaha: by the end of Night One, he had three proudly hanging off his shoulders.

…And so do the raised boots.
Even the most casual of Eric Church fan knows what to do whenever the performer sings Sinners Like Me‘s “These Boots.” Pants legs come up, boots come off and heels are raised high in the air. Near song’s end, Church scans the crowd, looking for a few fans to toss their boots onstage. Watching him sign them is a thrill — but it’s cheering him on to accurately throw them back to their owners that’s most fun.

“Springsteen” remains the ultimate set-closer.
Assuming he doesn’t really blow up the set list, Church prefaced the encores of his first two shows with “Springsteen,” his nostalgic anthem off Chief. Delivered with unabashed earnestness, it’s impossible to not feel the connection between star and audience, who, while singing along to lyrics about musical memories, are creating their very own. So meta.