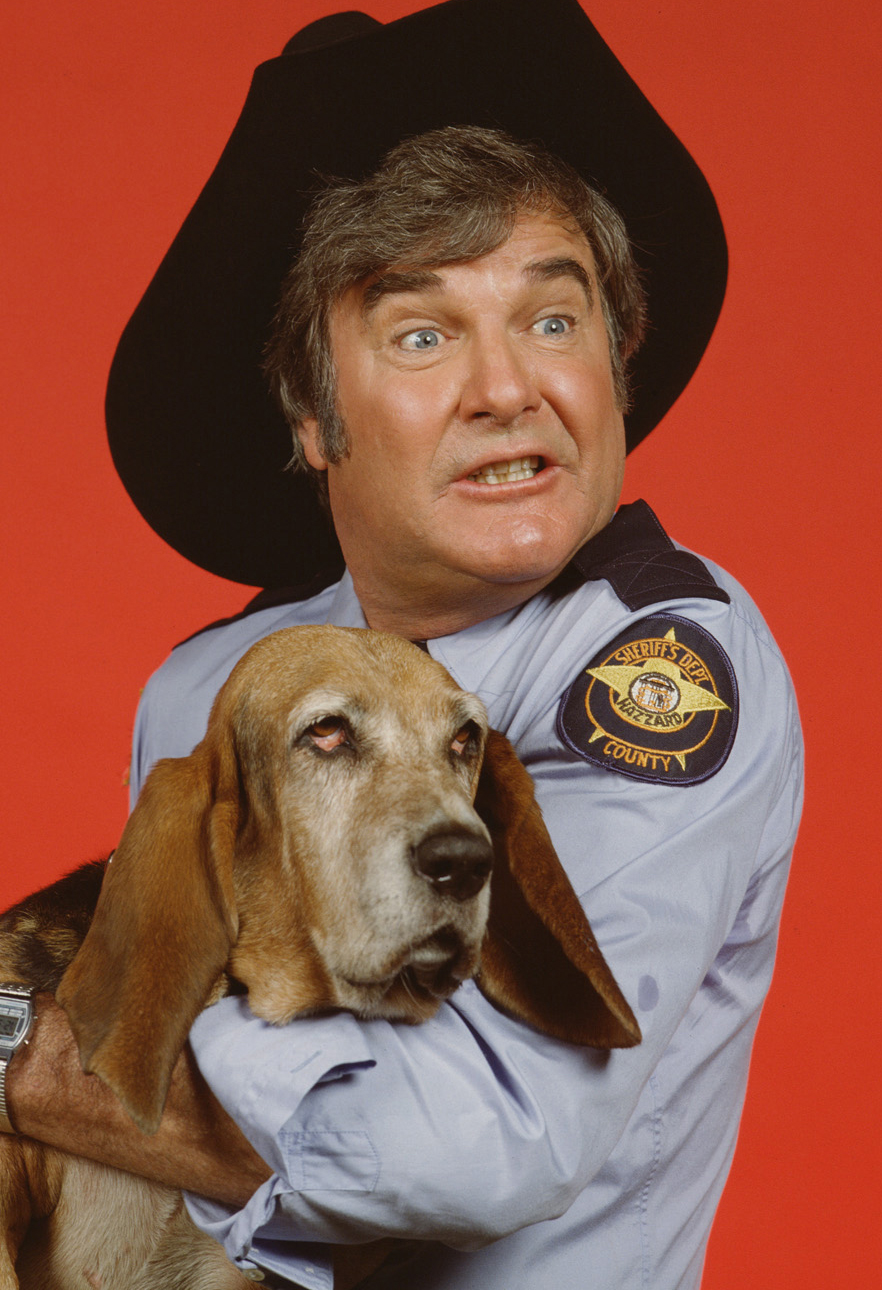 Actor James Best, who played hapless Sheriff Rosco P. Coltrane for six seasons on the hit CBS series The Dukes of Hazzard, died Monday, April 6th, in hospice care in Hickory, North Carolina. According to the Charlotte Observer, Best died from complications of pneumonia. He was 88.

Best was born Jules Guy in Muhlenberg County, Kentucky, the youngest of nine children. His mother, who died when he was three, was the sister of Ike Everly, the father of music duo the Everly Brothers. After her death, the child was adopted and raised in Indiana. Beginning in 1949, he began appearing on episodic television, with hundreds of credits to his name during his lifetime, including such landmark series as Gunsmoke and Twilight Zone. He later played a musician in a pair of episodes of the Andy Griffith Show. He was also featured in nearly 100 films, including as The Caine Mutiny, Winchester ’73 and Ode to Billy Joe. But it was Best’s role as the bumbling lawman in constant pursuit of Bo and Luke Duke, played by John Schneider and Tom Wopat, for which he would be most recognized.

“I learned more about acting in front of a camera from Jimmie Best in an afternoon than from anyone else in a year,” Schneider tells the Associated Press. “When asked to cry on camera, he would say, ‘Sure thing. . . which eye?’ I’m forever thankful to have cut my teeth in the company of such a fine man.”

Best, who served in the Army before relocating to Hollywood, honed his craft in a military theater company and later went on to teach motion picture technique and drama at the University of Mississippi as an artist-in-residence and taught classes at the University of Central Florida. For 25 years, he also instructed young Hollywood hopefuls in an acting technique class, working with such future stars as Clint Eastwood, Burt Reynolds, Teri Garr and Farrah Fawcett, among others. He chronicled his long career in a book called Best in Hollywood: The Good, The Bad and the Beautiful.

As recently as last year, Best took the lead role of Norman Thayer in the Hickory Community Theater production of the stage play On Golden Pond. Best was a longtime advocate for animal rights. Beginning in his third season on Dukes of Hazzard, his Sherriff Coltrane was accompanied by a four-legged (and snail-paced) sidekick, his basset hound named Flash, whom Best himself had rescued from a pound.