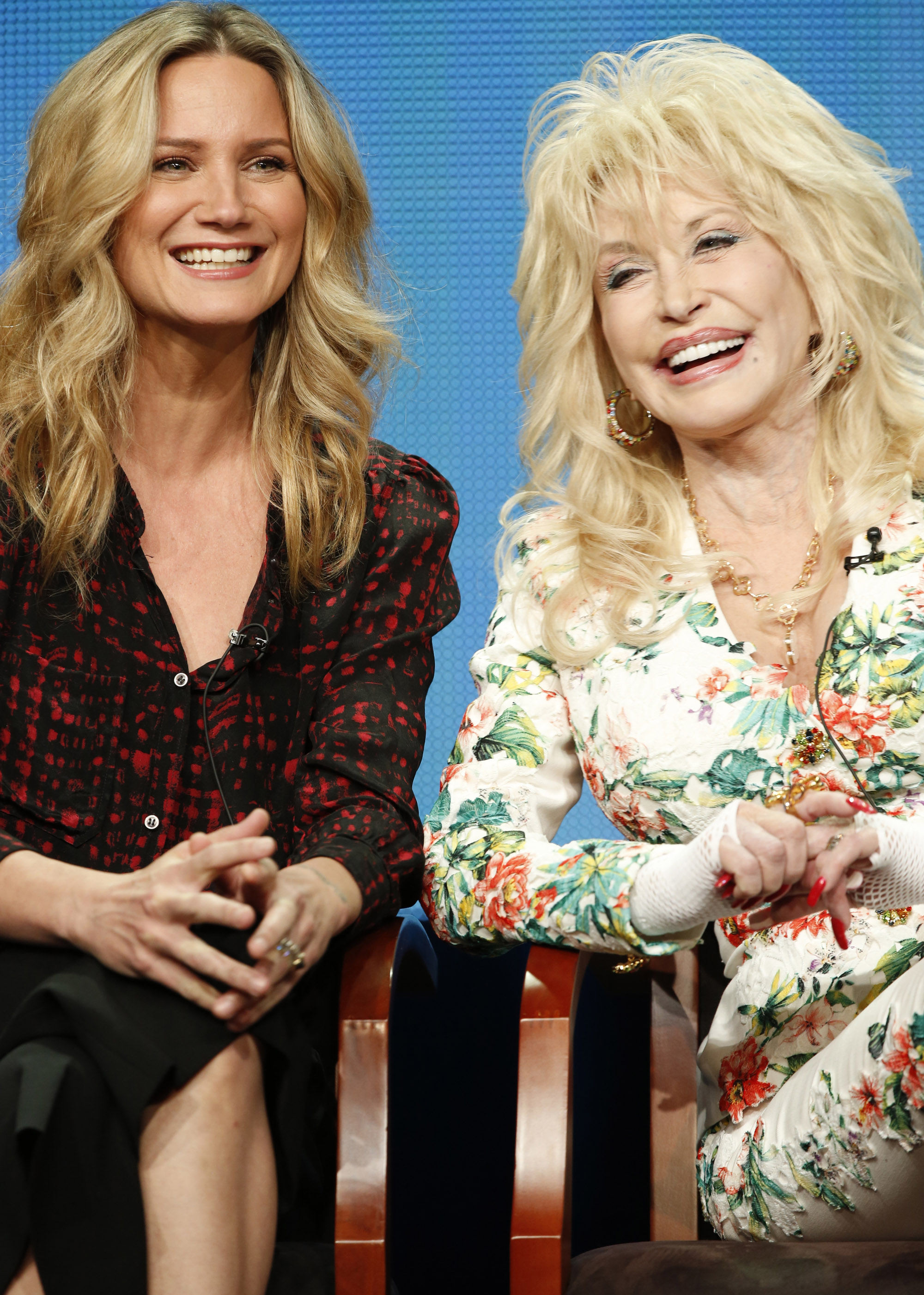 Dolly Parton and NBC are stitching together a family-friendly holiday event with the TV-movie Dolly Parton’s Coat of Many Colors, set to premiere on December 10th.

Speaking to reporters covering the summer edition of the Television Critics Association press tour in Los Angeles, Parton called her first film production with NBC, “exciting. . . because it’s very personal to me.”

“This little story just encompasses so many things,” Parton said. “It’s an attitude. It’s more than a song. It’s about so much that we’ve forgot so much of these days, just to bring families together.”

Based on her 1971 hit single of the same name, the fictionalized tale is based on a portion of the Country Music Hall of Fame member’s life, spanning a nine-month period in 1955 when Parton was eight years old. Jennifer Nettles stars as Parton’s mother, with Ricky Schroder cast as her father. Young actress Alyvia Lind portrays the singer as a child, and Gerald McRaney is in the role of young Dolly’s grandfather.

“It’s really almost like my life story, summed up,” Parton told a group of reporters. “People already know the other parts, but this little part shows really how and why all that happened.”

The singer and her production partner, Sam Haskell of Magnolia Hill Productions, intentionally chose “Coat of Many Colors” as the first in a multi-production TV movie deal Parton inked with NBC, which was first announced in January.

“Most of Dolly’s greatest hits have told stories,” Haskell explained. “‘Coat of Many Colors’ is her signature. It had to be the first one. . . For the holidays, what better gift than the song that is most identified with Dolly Parton and her life?” 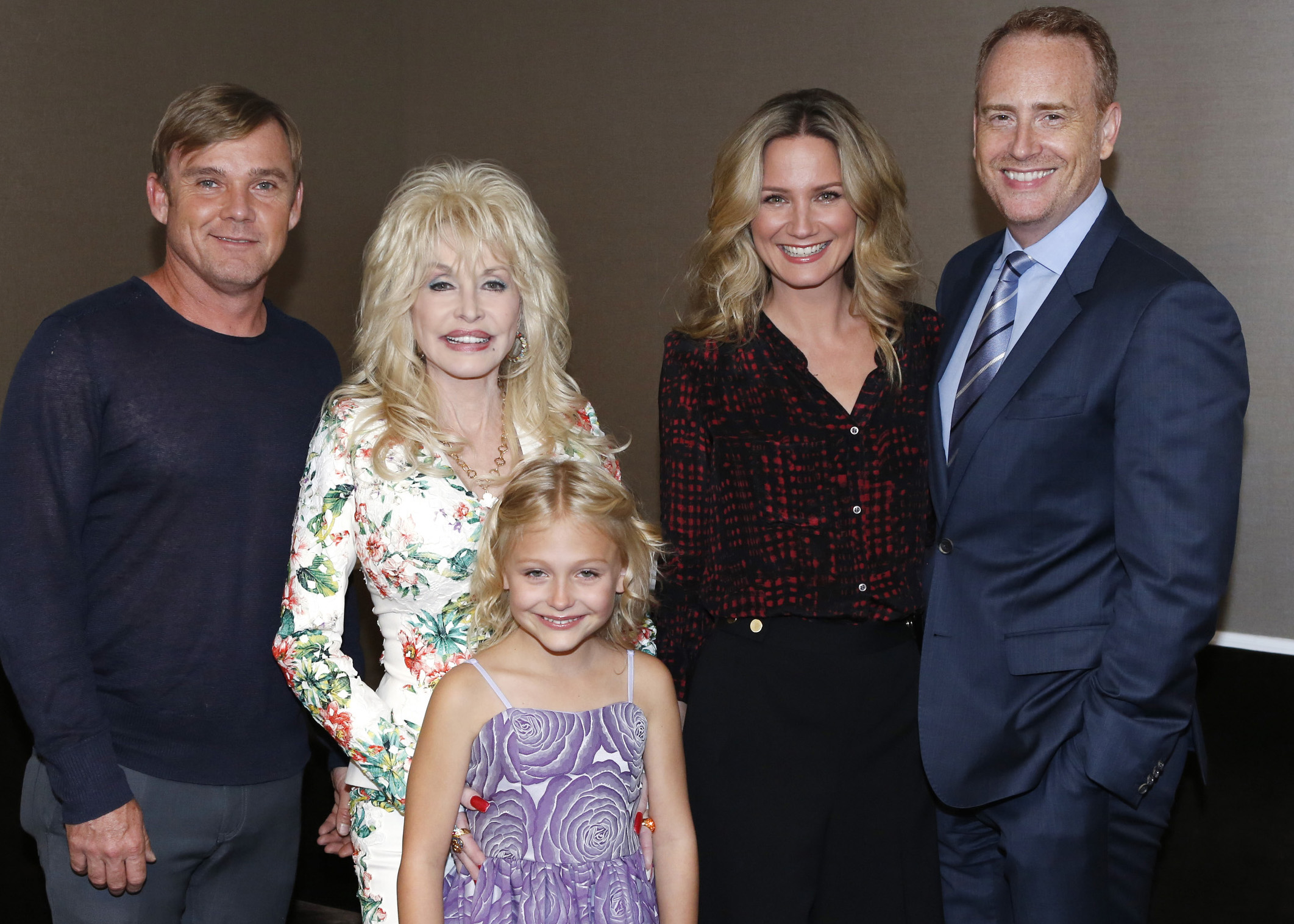 Like the ballad, Coat revolves around the story of Parton’s relationship with her mother, with the creation of the song’s legendary coat playing a central role in a story that Parton describes as an anti-bullying tale.

In the lyrics, Parton sings about her mother hand-stitching a garment out of rags while telling her the biblical story of Joseph and his Coat of Many Colors. The child Dolly, excited to show off the coat, wore it to school and was ridiculed by her classmates.

“I’ve had so many people tell me through the years that this song itself has had a healing effect on them, whether it’s about their race, their nationality, whether they were overweight or whether they were cripple, people just identify with it,” Parton said. “When people make you feel less about yourself, it’s a hard thing to deal with.”

Nettles, whose casting was announced just days before NBC appeared at the summer press tour, spoke exclusively with Rolling Stone Country on Wednesday night, saying how honored she was to be chosen to play the legendary country vocalist’s mother.

Although she hasn’t yet had a chance to work directly with Parton on the role, she says she’s anxious to learn more about Parton’s hardscrabble upbringing. “What I really want to talk with her about most is the relationship she had with her mom,” Nettles says, “and to find more about where those moments of levity would shine through.”

At the time that the film takes place, Nettles explains, Parton’s mother has eight children — she would eventually go on to have 12. “But that, in and of itself, could be at times, crazy mad fun and also might cause one to have a few moments of gravity, too.

While Parton will not be appearing in the film, she’ll introduce the story — “in a nice Christmas outfit, probably,” she told reporters — and will return for the epilogue. She is also recording voiceovers for the film and will be heard in a duet with Lind.

Haskell also revealed on Thursday that Parton’s next NBC film will be based on her smash hit “Jolene,” which has been covered by artists from the White Stripes to Olivia Newton-John.