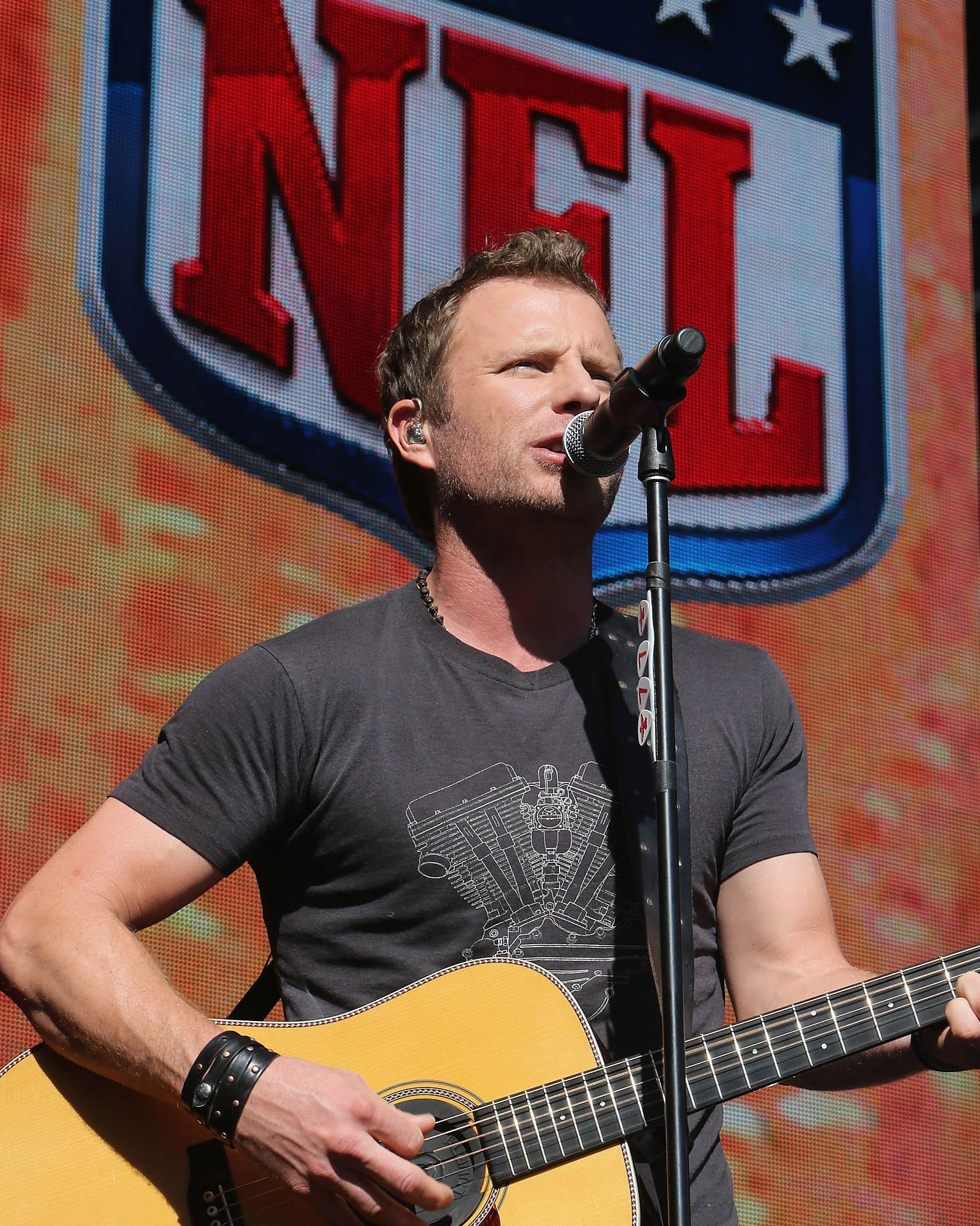 With another NFL football season just around the corner, Dierks Bentley has been announced as a featured performer at the league’s opening game blowout.

Joined by OneRepublic, Bentley will perform live during the first 2016 NFL Kick Off Presented by Hyundai, a high-profile 60-minute pregame show held at Sports Authority Field at Mile High in Denver. There, the defending champion Denver Broncos will take on the Carolina Panthers in a rematch of February’s Super Bowl 50, but not before Bentley, a stadium full of fans and millions watching at home celebrate the Broncos’ success and pop the cork on a new year — and a new quarterback, with Peyton Manning retiring and Mark Sanchez stepping in for Denver.

The Thursday night game and pregame extravaganza will air September 8th on NBC and the NFL Network at 7:30 p.m. ET.

Earlier this year, Bentley released his eighth studio album, Black, and scored his 11th Number One hit with “Somewhere on a Beach.” His current single, “Different for Girls” features banjo-picking rocker Elle King and is climbing toward country radio’s Top 10. Meanwhile, Bentley’s headlining Somewhere on a Beach Tour has been extended with additional arena dates through the end of October.