When the nominations for the 48th annual Country Music Association Awards were announced this morning in New York, Dierks Bentley was very much, like the title of his latest album, a “riser.” With five nominations, Bentley ascended as the leading male nominee and found himself back in the hunt in some of the CMA Awards’ most prestigious categories, including Male Vocalist of the Year and Album of the Year for his February 2014 release, Riser.

“I feel like every record I’ve made I’ve always given it my all as a songwriter, but for some reason this record came together to make that one album that you always dream of putting out there,” Bentley told Rolling Stone Country immediately after getting the good news.

Along with the Male Vocalist and Album recognition, Bentley was nominated for Single of the Year for “Drunk on a Plane” (which also scored a Video of the Year nod) and Song of the Year for “I Hold On.” The mile-high hijinks of “Drunk,” with its sing-along chorus, and the poignant thoughtfulness of “I Hold On” are prime examples of what defines each category.

“When you think of Single [of the Year], you think of a song that impacts radio and an artist’s career. With ‘Drunk on a Plane,’ that song has had an impact on our live show. And on radio, it’s been a big hit,” explains Bentley. “But when you think of the craft of songwriting, being nominated for Song of the Year is really special. Every 10 years something like that comes along, and it all works out. [‘I Hold On’] wasn’t a song that I was even trying to write. I was just talking about the death of my dad, and asked a lot of personal questions about myself.”

Bentley says the type of songwriting he employed in “I Hold On,” co-written with Brett James, revolves around personal verses and universal choruses. “I think ‘I Hold On’ is the best song I’ve ever written in that particular area of country songwriting,” he says. “It’s the best I’ve done.”

Of all his five nominations, however, it’s Album of the Year that would mean the most to him to win. Bentley recalls working nonstop on Riser, poring over each possible song, whether written by him or not, in an effort to find just the right mix. 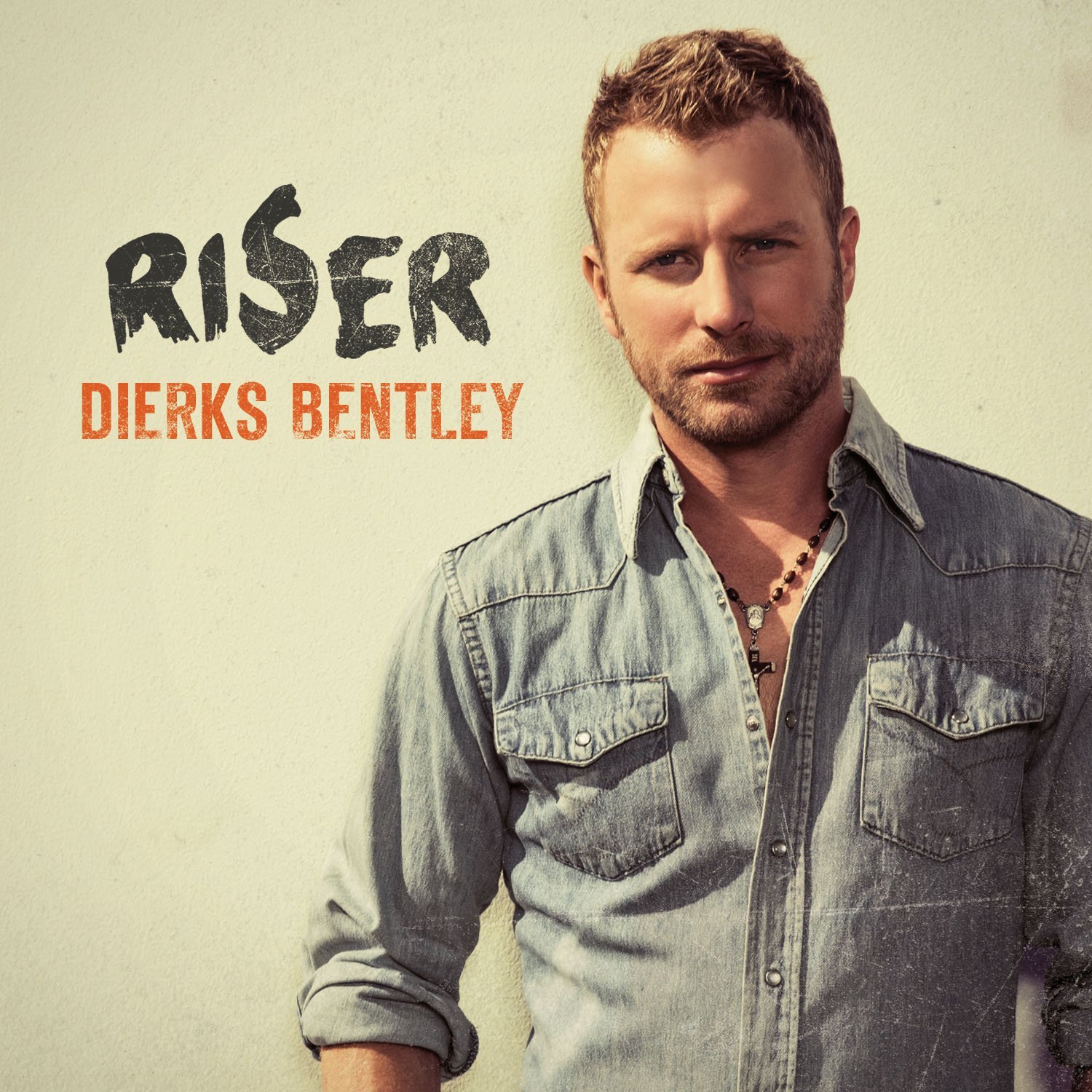 “Probably the most special is Album of the Year, just because of the process I put into making this record,” says Bentley. He credits his 2010 bluegrass project Up on the Ridge, which also garnered him a CMA Album of the Year nomination, as getting him back on track when making albums. “It’s a tornado out there on the road and you can get lost in what you’re doing and [lose] the style of music that really brought you to the game to begin with. Up on the Ridge took me back to my roots, and every record since then has been a step toward Riser.”

Currently on his corresponding Riser Tour, Bentley has been amazed by the success of his headlining trek. And the industry and his peers are noticing as well. Keith Urban, who competes against Bentley in the Album and Male Vocalist categories, is thrilled for his colleague’s strong showing.

“We’re very good friends; we have kids the same age so we have playdates all the time,” says Urban. “I’ve known Dierks for over a decade so it’s sweet to see him in those categories.”

Should CMA voters remember Bentley’s well-received tour and radio-star status next year, perhaps he’ll finally find himself alongside Urban in the coveted Entertainer of the Year race.

A humble Bentley laughs it off. “My fans honestly make me feel like Entertainer of the Year every night,” he says. “And I walk out there onstage every night feeling like I am.”