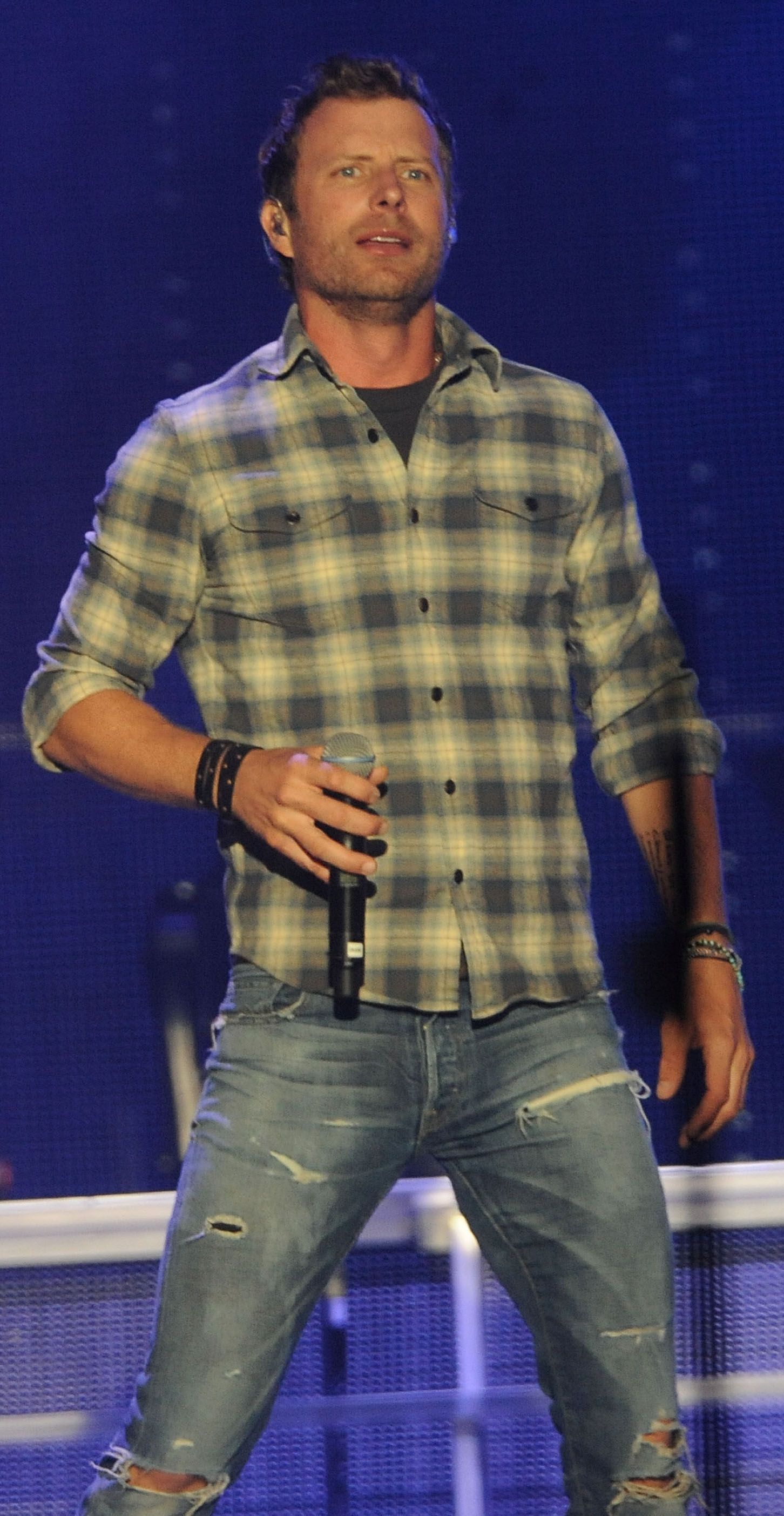 Last Friday, Dierks Bentley headlined the opening night of FarmBorough, New York City’s first large-scale country music festival. His only regret was that this left him little time to hang out in Manhattan or Brooklyn. “I wish today that I could have cruised around,” he told reporters backstage before his set. “I just love walking around. I got little places that I like to go — I’ve been coming up here enough times.”

The Arizona native first visited the city in 2003, when he opened for Cross Canadian Ragweed and Pat Green at B.B. King’s in Times Square. He recalled some initial fear — both for his reception and his livelihood — but all he received was an enthusiastic embrace: “It was kind of like, ‘New York City, country music, are people gonna like it? How’s it gonna go over?’ And then you realize pretty quickly that it goes over really well.”

Bentley’s path to the main stage hasn’t quite been linear. Although each of his seven albums has earned the singer more hits and more fans, Bentley himself has often played small shows at unusual venues. He occasionally stops by songwriter events at Joe’s Pub (capacity: 190), and when he released his bluegrass-heavy Up on the Ridge, he celebrated with four shows at spots like Southpaw (400) and City Winery (250).

He sends the credit back to his most devoted followers. “I totally trust New York country fans,” he continued. “They’re hardcore, they’re dedicated, they’re appreciative that you’re here. I’ve got this one guy who looks a lot like Will Ferrell that comes out to, like, every show I’ve played near the city, and he parks his pick-up truck on the street and is throwing beers out of the cooler after the end of the night.”

For Bentley, FarmBorough was a place where he could see those fans, and those fans could see some of his own favorite up-and-coming acts. “There’s something for everyone to kind of check out,” he said. “When I was a country fan I’d go to any show no matter what the conditions were or how crappy it was put on. I just wanted to go, because that’s where I knew other country fans were gonna be.

“You look at the list of people that are here for this whole weekend: Sturgill Simpson, Wade Bowen — it’s not just who’s current in Nashville on the country radio charts. . . Mickey [Guyton]’s here. Brandy Clark’s here. It’s pretty diverse. And country’s such a wide genre: there’s rock, pop, hip-hop, Disney, kind of all within this umbrella of country music.”

A few hours later, Bentley would play one of the weekend’s best sets, gesturing toward all but Disney. He covered Taylor Swift’s “Welcome to New York,” went on about that first B.B. King’s show and didn’t play a single bad song. This leaves one NYC goal for the still-rising 39-year-old: headline Madison Square Garden, an arena he’s previously played on tours with Kenny Chesney and FarmBorough Night Two headliner Brad Paisley. “That’d be pretty cool,” he admitted. “If I get a chance to headline the Garden it’d be ‘Top of the world, ma.'”