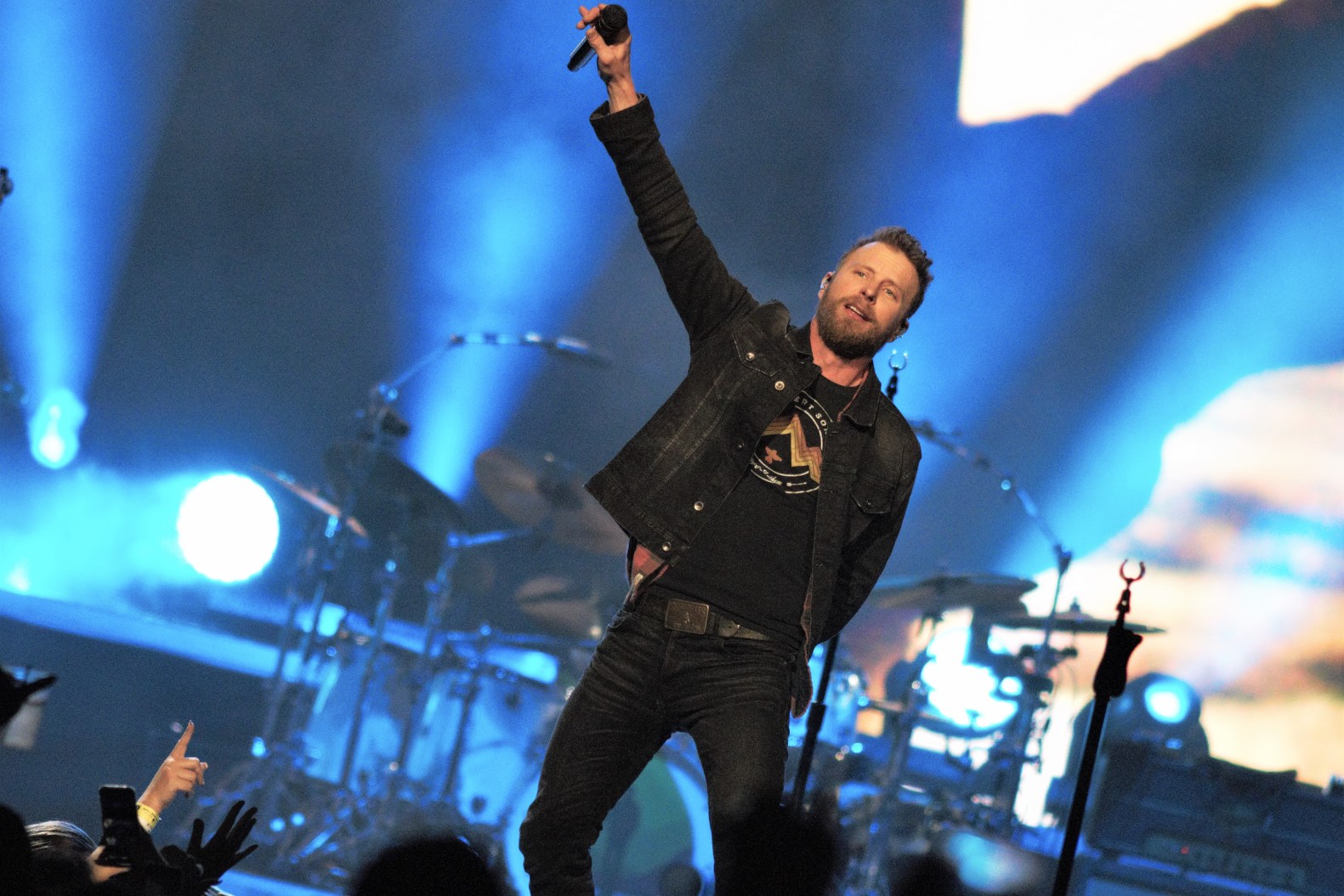 Miranda Lambert made her first public appearance since her surprise wedding announcement last week, joining Dierks Bentley onstage at his Friday night headlining concert in Nashville. That Bentley was able to entice the singer, whose personal life has been scrutinized of late, to join him, and another surprise guest, Keith Urban, in a medley of country classics speaks to Bentley’s reputation as one of country music’s most gregarious artists and his own A-list status.

Achieving the latter was a long climb for Bentley, who launched his career in 2003. But any questions as to his top-tier acclaim — and why he deserves to be included in any Entertainer of the Year conversations — were erased with Friday’s performance, the latest stop on his Burning Man Tour. Many country artists throw around the word “real” to describe their music, but Bentley doesn’t have to preach it; rather, he manifests it with his ultra-personal material, like new single “Living” and the standout “I Hold On.” That track, off 2014’s Riser, was a high point of the concert, with the singer emotionally recalling his drive from Arizona to Tennessee with his father, who died in 2012.

Family loomed large for Bentley throughout the night. Both of his daughters, Evie and Jordan, joined him onstage, and he told a story of how he and his wife Cassidy bumped into a friend and her husband earlier in the week. That friend turned out to be Lambert, who was met with stunned applause as she walked onstage to sing Hank Williams’ “Your Cheatin’ Heart” with Bentley and Urban. The trio, left alone onstage with just Bentley and Urban’s guitars, segued into Merle Haggard’s “The Bottle Let Me Down” and Loretta Lynn’s “Blue Kentucky Girl,” before Lambert took lead on a medley-closing version of the Dixie Chicks’ “Cowboy Take Me Away.”

But for all the guest star power — Thomas Rhett, incognito, showed up to sing his father Rhett Akins’ “That Ain’t My Truck” during an opening set by Bentley’s hilarious Spinal Tap group, Hot Country Knights — this was Bentley’s show, and he kept the enthusiasm up for the remainder. During “Am I the Only One,” he walked through the crowd to a B-stage at the end of the venue, high-fiving fans and arena staff along the way. “Come a Little Closer” and “Say You Do” followed, underscoring Bentley’s role as an expert balladeer.

It was Bentley the affable party dude, however, who returned for the encore, the one-two punch of the woozy “Drunk on a Plane” and the wandering “Free and Easy (Down the Road I Go).” Bentley again sprinted through the crowd for the final number, this time making it all the way into the upper deck to close the show in the arms of his fans. He was home.