The first of four nights of massive CMA Music Festival stadium shows kicked off at Nashville’s LP Field Thursday night, bookended by two generations of country megastars and highlighting just how far the genre has come.

Jason Aldean closed the show with attitude and swagger, while Alan Jackson got things going with cool confidence and a nod to the past. Interestingly — given the timely, red-hot debate over country radio’s longstanding gender inequality issues — not a single female artist sang a note. The others on the bill included Florida Georgia Line, Dierks Bentley, Rascal Flatts and Sam Hunt.

Aldean’s set didn’t start until almost 11:30 p.m., but that didn’t deter the majority of fans. They were rewarded when Aldean blasted right out of the gate with “Tattoos on this Town” and “Just Gettin’ Started.” Mixing the tough-guy tunes of his early career with the steamy, sneering R&B influence he’s got going on now, Aldean also included “Take a Little Ride,” “When She Says Baby” and “Burning It Down.”

“2015 is the 10 year anniversary of our first single, ‘Hick Town,'” Aldean said from the stage with appreciation. “The coolest thing is that not only do we get to make music and have this great career, but you fans allowed us to do it our way. It’s no big secret that sometimes we put out songs that are a little left-of-center, not right down the middle.”

“My Kinda Party” got the crowd pumping their fists, and “Dirt Road Anthem,” the first truly successful country-rap combination, kept them going. By the time Aldean closed with “She’s Country” and its industrial rock-leaning intro, it was clear that country music’s current bad boy feels right at home pushing the musical envelope.

Just before Aldean, Florida Georgia Line turned in a high-energy performance that could have worked as a headlining set of its own. Often standing back-to-back at center stage or sharing thrashing dance moves with fans in the photo pit, the duo delivered every song like it was their last. “This Is How We Roll,” “Sipping on Fire” and current single “Anything Goes” came off in quick succession before the duo’s Tyler Hubbard addressed the huge crowd.

The fireball-whiskey worshiping “Round Here” came next, with almost all of those 70,000 or so singing along at the top of their lungs.

In a moment that almost stopped the show in its tracks, a little bit of TV production snuck its way into the middle of FGL’s set. ABC is taping all four LP Field shows for the upcoming CMA Music Festival: Country’s Night to Rock special, so at one point the duo were asked to take a selfie from the stage — but not just any selfie, a video selfie with a script to read.

The script was something cheesy to the effect of, “We’re ‘Cruising’ to your homes for CMA Fest,” so it bombed, but Hubbard was quick-thinking enough to come up with a better idea. Belting out the first line of the chorus in “Round Here,” the crowd instinctively picked up where he left off. FGL were then left to just mug for the camera while 70,000 country fans screamed their song behind them. 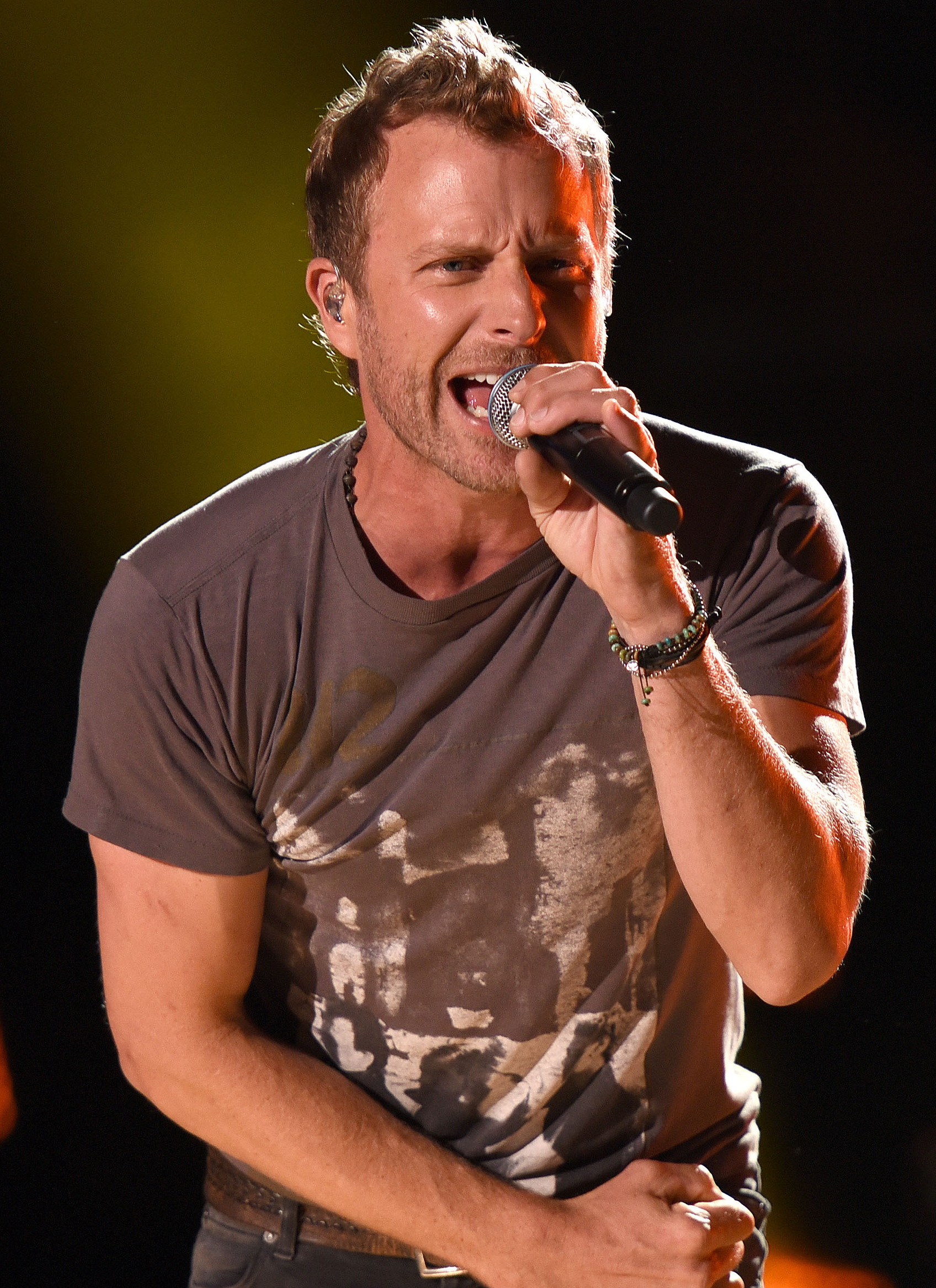 Earlier in the night, Bentley made the most of his short set by sprinting out onstage and jumping right into “What Was I Thinkin’,” his smash debut from 2003 that spawned a generation of girls in white tank tops and cowboy boots. All of the acts were careful to thank the fans, since the CMA Fest really is all about building that relationship, but the Arizona native went farther than most. After telling the crowd this was his favorite concert of the year, he got down on his knees to say, “Thank you, country fans, for giving us a chance to live our dreams.”

The rest of Bentley’s set was a little more heartfelt than most, too, including “I Hold On,” “Riser” and “Say You Do” before he attacked the microphone for his high-flying hit, “Drunk on a Plane.”

Perennial CMA Fest stars Rascal Flatts were as solid as ever, running through hits from across their long career such as “Me and My Gang,” “Banjo,” “Why Wait” and their new single, “Riot.”

“I think everybody in America got married to this song,” lead singer Gary LeVox said as he introduced the band’s 2004 hit “Bless the Broken Road.” “Time to karaoke with Rascal Flatts!”

The crowd was game for that request, and when LeVox asked for an “Amen” at the end, he got that, too.

For Hunt’s first LP Field appearance, the newcomer was performing in front of the biggest crowd of his career, and fans were behind him the whole way. He came out full of energy and with a big, gracious smile to begin his set with “Raised on It.”

“Just a few years ago I was sitting right down there,” he told the crowd. “It’s so cool to be hanging out with you. Happy CMA Fest!”

Hunt’s first Number One song, “Leave the Night On” went off without a hitch, and the pounding beats of “Break Up in a Small Town” propelled the newcomer down into the pit to slap hands and take selfies with fans. Hunt is still developing as a performer, but he’s come a long way even since last winter’s Lipstick Graffiti tour and now looks much more comfortable taking control of the crowd.

As for Jackson, who opened the show, he was right at home in front of the super-sized audience. The country legend always seems to be moving in slow motion, but maybe that’s just because he’s so tall. He took his time and leaned back as waves of applause greeted each song, including “Good Time,” “Remember When” and “5 O’ Clock Somewhere.” But even though the traditionalist is celebrating 25 years in the business this year, he’s not done moving forward. He introduced his new single, an uptempo with a sense of humor called “You Never Know,” joking that the straightforward lyrics weren’t rocket science.

Then, in a moving moment that tied past to present, Jackson started walking offstage but stopped short and came back. He gave a nod to his band and sang one heartfelt chorus of “Pop a Top,” a song made famous in 1967 by Grand Ole Opry star Jim Ed Brown which Jackson released as a single in 1999. Brown had passed away earlier in the day after a long battle with cancer.