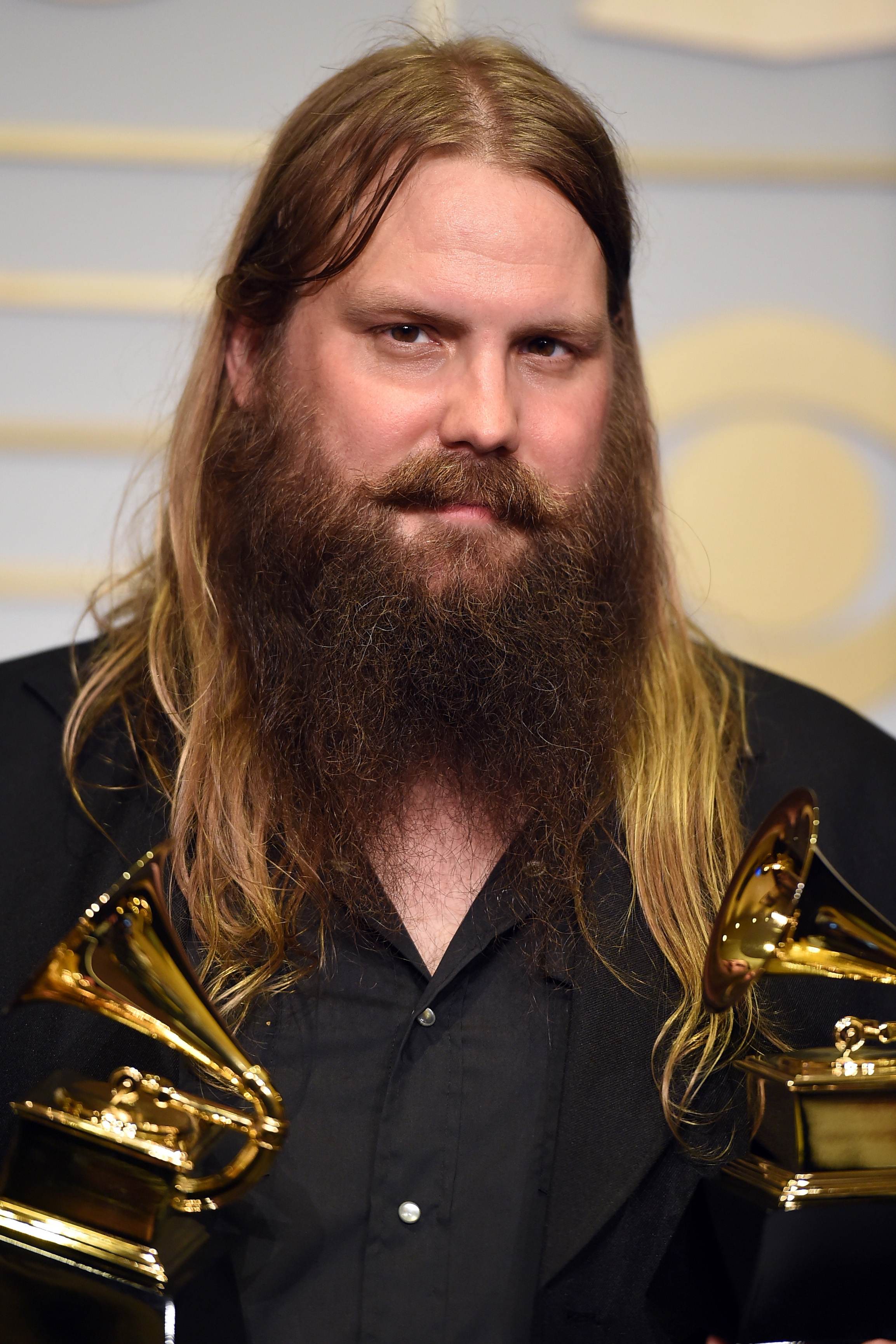 Not only did Chris Stapleton win a pair of Grammys at Monday’s 58th ceremonies, he also participated in one of the evening’s most buzzworthy performances — a tribute to B.B. King with Bonnie Raitt and Gary Clark Jr.

Stapleton says he chose the group take on King’s “The Thrill Is Gone” over singing one of his own songs off Traveller, which won the Grammy for Best Country Album. Stapleton also scored a trophy for Best Country Solo Performance for the LP’s title track.

“You reach a point on a record where we’ve played virtually everything off of it, with the exception of maybe ‘Was It 26,’ on TV,” Stapleton tells Rolling Stone Country, after arriving back in Nashville from Los Angeles. “[Grammys executive producer] Ken Ehrlich gave me the option of the B.B. King tribute or a song off my record. Secretly, when we’re warming up in soundcheck, that’s the kind of stuff I want to play — the blues. So it was a real treat to get to do that on that stage.”

With Clark already onboard, it was Stapleton who suggested they enlist Bonnie Raitt.

“I called [Ken] back and said, ‘Can we get Bonnie Raitt?’ because Ken is the kind of guy who has those phone numbers. And he said he was just talking to Bonnie, and within a day we had Bonnie Raitt agreeing to do it,” Stapleton says. “The next thing you know we’re in California rehearsing ‘The Thrill Is Gone.’ And, I don’t know if you noticed, but B.B.’s guitar was onstage with us.”

While this was Stapleton’s first Grammy performance and victories, it wasn’t his first time at the big show. He was nominated in the past for his work with bluegrass band the SteelDrivers, who, in a bit of kismet, also won their first Grammy on Monday, taking Best Bluegrass Album for The Muscle Shoals Recordings.

“We were texting back and forth, congrats to each other,” he says. “It’s a neat thing to see people you know and are friends with, and are rooting for, get that recognition.”

With the Grammy triumph putting yet another point on Traveller, Stapleton is starting to plan its follow-up (though the Traveller awards cycle is far from over: Stapleton competes at the ACM Awards in April). He’ll reunite with producer Dave Cobb in the coming weeks, in the same building where they recorded their first success: RCA Studio A in Nashville.

“Wintertime is going to be record time for us, if we can work it out. And I think we will. Dave has taken over RCA from [prior producer-in-residence] Ben Folds, so that is going to be there as a clubhouse, which is amazing,” says Stapleton, who will play three sold-out nights at Nashville’s Ryman Auditorium this week. “We’re blocking out time and leaving holes, and we’re thinking about it a little bit. It’s not much more than thoughts right now, but we’ll get back in.

“I wish I could say the pressure is off, but maybe it’s not?” he continues. “But it is in a way, because we’ve already done more than we can ever imagine with this record and the way we made it. If the next one is not as well received or commercially successful, that’s ok…we didn’t expect the last one to be. We can temper our expectations and just have fun making music again.”