In a career that has spanned six decades, multi-instrumentalist Charlie Daniels has played on records by Bob Dylan, won a Grammy for his signature tune, “The Devil Went Down to Georgia,” dabbled in bluegrass and gospel music, and pioneered the Southern rock genre. While his 1976 LP High Lonesome blended jam-band elements with lyrics exploring cowboy mythology, 40 years later Daniels is putting his own distinct spin on songs in – and inspired by – the cowboy tradition on his new album Night Hawk.

Reflecting the stories told through the years by cowboys around the campfire, many of the songs are presented acoustically, with the tracks a mix of well-known classics in the Western swing genre, including “Big Balls in Cowtown” and “Stay All Night (Stay a Little Longer), and others more obscure. Daniels also revisits a couple of tunes from High Lonesome: “Billy the Kid” and “Running With the Crowd,” both of which he had a hand in writing.

“Most of our concepts about cowboys, and all things Western, are mostly derived from movies and TV,” the recently elected Country Music Hall of Fame member said in a statement. “The truth of the matter is the real cowboys are not glow-in-the-dark characters who go around fighting rustlers and cleaning out saloons with their fists. The actual working cowboy is a hard-working, different breed who spend endless hours in the saddle. As [Western novelist] Louis L’Amour said, they ‘ride for the brand.’ Night Hawk is a tribute to the working cowboy and his way of life.”

Daniels, who will turn 80 on October 28th, will be the subject of a new Country Music Hall of Fame exhibit, “Million Mile Reflections,” opening September 23rd. On November 30th, his 80th Birthday Volunteer Jam will be held at Nashville’s Bridgestone Arena with special guests including Chris Stapleton, Travis Tritt and Kid Rock.

Night Hawk will be released on August 26th and will be available for presale August 15th. The first 100 copies pre-ordered will be autographed and hand-numbered by Daniels.

“(Ghost) Riders in the Sky: A Cowboy Legend”

“Running With the Crowd” 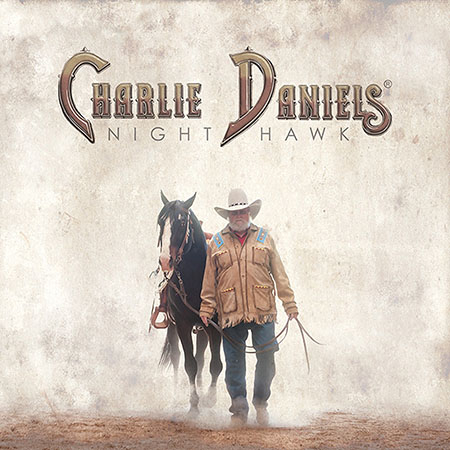