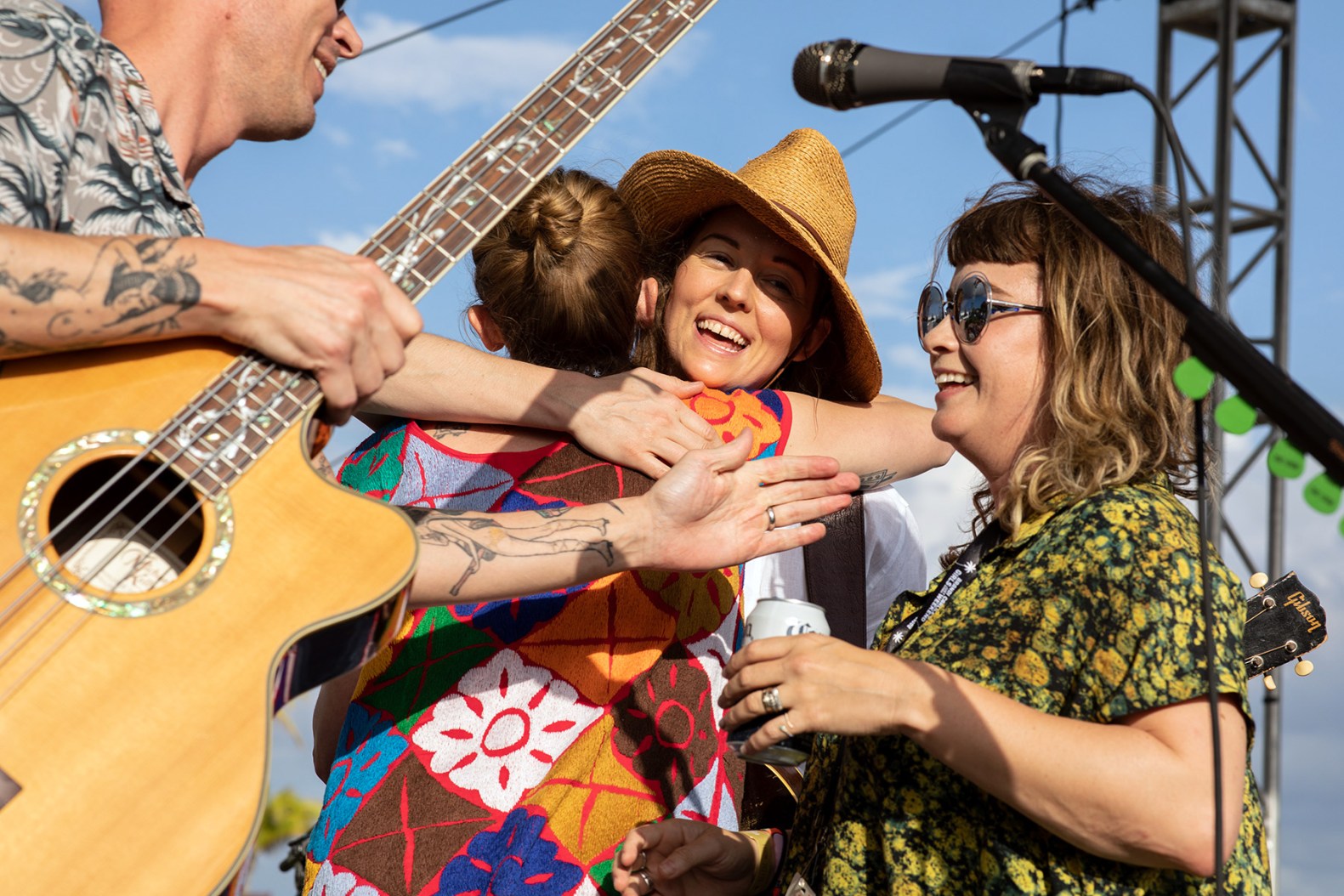 Brandi Carlile’s inaugural Girls Just Wanna Weekend wrapped up this week in the Riviera Maya, Mexico. Curated by the Washington state native, the festival was far from a simple string of concerts. Carlile, whose By the Way, I Forgive You album scored her six nominations at this Sunday’s Grammy Awards, took pains to provide a one-of-a-kind experience.

To that end, Carlile hosted Brandioke, where artists, fans and even her niece interpreted Carlile’s songs; donned hair-metal wigs and bandannas to stage an Eighties tribute night called Ladies of the Eighties; and welcomed surprise guests like Anderson East and Mavis Staples, who filled in for an unable-to-attend Margo Price.

One of my favorite things about this weekend is that @andersoneast came all the way to the festival JUST to be a proper feminist and show his support for all of us! We wound up singing just like we always do- SWOON 😍 Thank you my friend- you’re as good as it gets @justwannaweekend Photo @petesouza 💥💥💥💥💥

@rubyamanfu set the night on fire when she sang “like a prayer”for the 80s set!! But her gorgeous voice was ubiquitous this weekend- Ruby your spirit was everywhere. Thank you my friend! @justwannaweekend

Carlile also duetted with Maren Morris, premiering their new collaboration “Common,” and cementing her friendship with Morris, a longtime fan. “The first week I moved to Nashville, I went to Grimey’s record store and Brandi had just released her album Bear Creek. It was the first thing I saw and picked it up. It was in my car for the next three years,” Morris told Rolling Stone. “When I met Brandi, I told her I bought your album and I was obsessed with you, and now we’re duetting.”

Both Carlile and Morris are set to perform at the 61st annual Grammy Awards, airing Sunday on CBS.

People! @marenmorris is my GIRL!! I mean look at us! We’re an odd couple but we’re quickly becoming soul mates 😍 I was witness to Maren’s talent and power this weekend and I’m better for it. I hung out with her rad parents and her absolute prince of a husband (donor material 😂) @ryanhurd who also got up and sang beautifully. Mostly folks look out- Maren’s leading the way and I’m following. Thank you for doing this festival and throwing down the party with your shoes off and your heart on your sleeve. Photo @petesouza 😍