Already on the bill at California’s Coachella and New York’s Governors Ball, Kacey Musgraves is set to perform at this June’s Bonnaroo Music & Arts Festival. The in demand Golden Hour songwriter is one of many country and Americana artists highlighting the 2019 lineup, set for June 13th through 16th in Manchester, Tennessee.

The Grammy-nominated Musgraves, who made her Bonnaroo debut in 2013, makes her third appearance at the festival, part of a particularly stacked Saturday lineup. Musgraves’ fellow Texan Maren Morris — herself a Grammy nominee on the strength of her dance hit “The Middle” — is also on the day’s schedule, returning to Bonnaroo after playing the tiny Who stage in 2016. Elsewhere, John Prine, Shovels & Rope and blues-rock trio the Record Company help represent Americana, along with songwriter (and Musgraves’ husband) Ruston Kelly, who released the superb debut album Dying Star last year.

Other country and Americana names performing over the four-day fest include the Avett Brothers on Friday, and Brandi Carlile, the Lumineers and jamgrass group Trampled by Turtles on Sunday.

Bonnaroo kicks off Thursday night with a return engagement from the Grand Ole Opry. The long-running country radio show travels south from Nashville to the farm with a lineup that is yet to be announced. (Last year’s Opry included Old Crow Medicine Show, Bobby Bare and Joshua Hedley.) 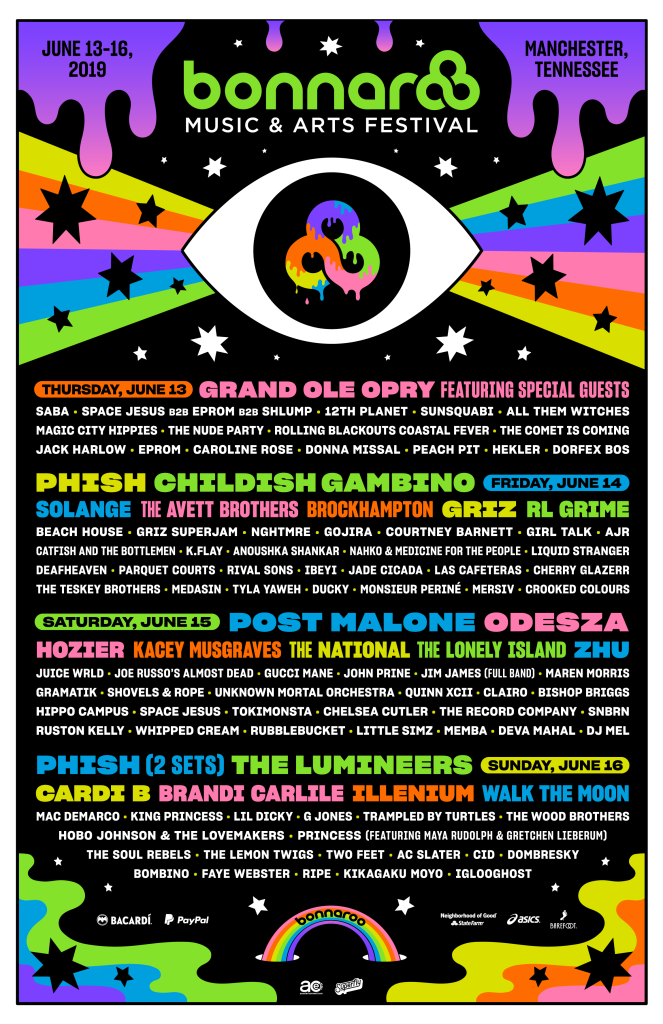