The spirits company that oversees Bob Dylan’s Heaven’s Door whiskeys has announced a new home for the songwriter’s signature line — the Heaven’s Door Distillery and Center for the Arts will open in Nashville in the fall of 2020.

A multi-use space, the facility will include a distilling operation, a concert venue, a restaurant and whiskey library, and an art center that features paintings and metalwork sculptures created by Dylan. The distillery is set to inhabit a church, built in 1860, in downtown Nashville. A Tennessee straight bourbon, a 100 proof whiskey and a rye whiskey are among the spirits making up the Heaven’s Door line.

The announcement dovetails with the 50th anniversary of Dylan’s album Nashville Skyline, released April 9th, 1969. Dylan’s ninth album, it was his first true country project and his third with producer Bob Johnston. The Country Music Hall of Fame and Museum highlighted the record and Dylan’s relationship with Music City in an immensely popular 2015 exhibit.

“I’ve been traveling for decades, and I’ve been able to try some of the best spirits that the world of whiskey has to offer. This is great whiskey,” Dylan said upon the launch of Heaven’s Door whiskey in April 2018.

Prior to the opening of the Nashville distillery, the whiskey is being produced elsewhere in the U.S., according to a representative for Heaven’s Door. All of the Dylan whiskeys are directly tied to Tennessee either via distillation, aging, barrel finishing or bottling.

The legendary songwriter is currently on an overseas tour that runs through the summer. In May, his artwork and handwritten song lyrics will be on display in a new exhibit at the Gilcrease Museum in Tulsa, Oklahoma. 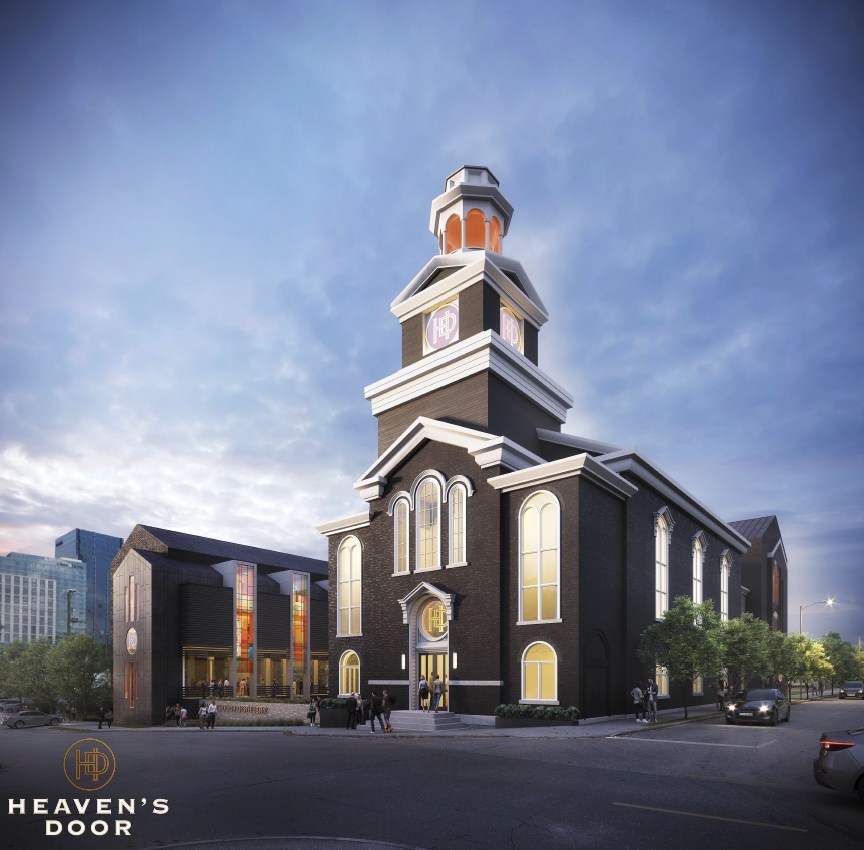 A rendering of the future Heaven’s Door Distillery and Center for the Arts in Nashville.