Steve Cropper, the guitarist for Booker T. and the MGs and songwriter of such soul staples as “(Sittin’ On) The Dock of the Bay” and “In the Midnight Hour,” was honored with the BMI Icon Award at Tuesday night’s BMI Awards in Nashville, a loose Golden Globes-type party that finds artists loudly mingling at tables and the bar. Cropper, a Music City resident, was in attendance as a diverse group of singers — including one surprise guest — paid musical tribute.

Nashville soul powerhouse Mike Farris and songwriter Lucie Silvas kicked off the evening with the one-two punch of Sam and Dave’s “Soul Man” and “Hold On, I’m Coming,” with Farris, the onetime leader of Nineties blues-rockers Screamin’ Cheetah Wheelies, prowling all four corners of the stage during “Soul Man.” The dynamic Silvas took the lead on “Hold On,” impressing with her own vocal stylings.

CMA Awards 2018: How to Watch, What Time It Starts, Performers, Nominees

“There’s a chance I was conceived to this song,” Maggie Rose quipped, before launching into a sultry reading of Wilson Pickett’s “In the Midnight Hour.” Dressed in a red jumpsuit and exuding sassy confidence, Rose, who for years struggled to make a dent in country music’s hull, made the case that she’s 2018’s most transformed artist, fully embracing the more soulful side of her talent. 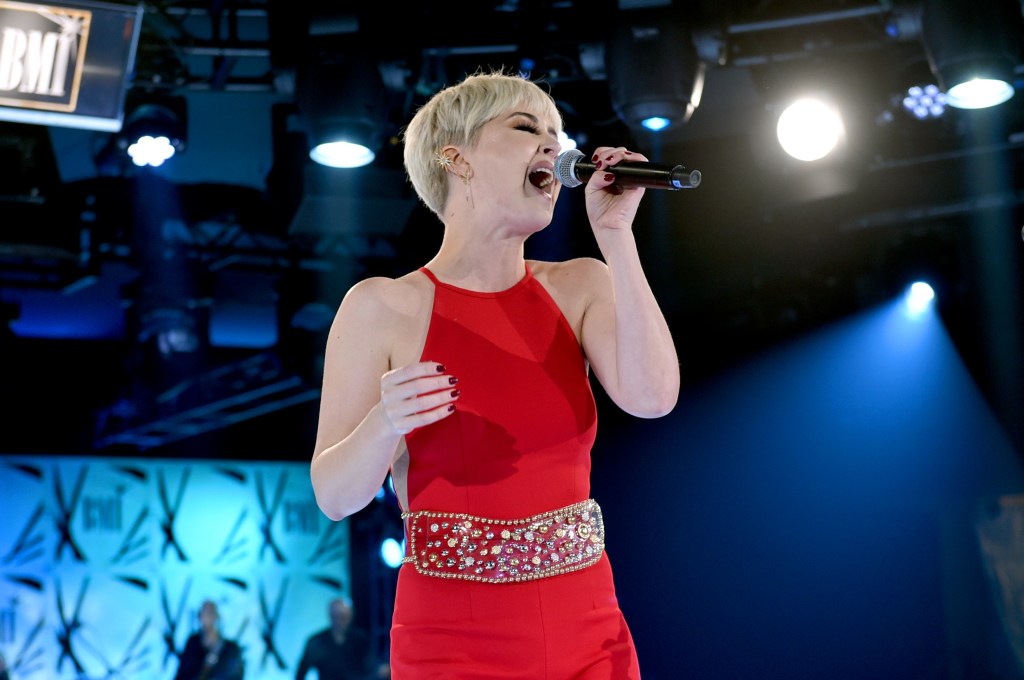 Maggie Rose performs “In the Midnight Hour” at the 2018 BMI Awards.

Luke Combs was equally revelatory, as he set aside his rugged country boy image to slay Eddie Floyd’s 1966 thumper “Knock on Wood.” The North Carolina songwriter, dressed for the BMIs in a smart suit, consistently proves he’s among country’s most versatile artists, wowing the industry crowd with his assured take on the Cropper co-write.

The capper, however, was a surprise appearance by John Legend, who, when the lights came up after a video tribute to Cropper, appeared seated on a stool in the center of the stage. Rightfully, his bells-and-whistles interpretation of “Dock of the Bay,” full of vocal dips and dives, earned a standing ovation.

Along with Cropper’s Icon honor, BMI also staged its annual rapid-fire grip-and-grin marathon of honoring the 50 most performed songs of the year, doling out awards in quick succession to songwriters and artists like Combs, Kane Brown, Luke Bryan, Maren Morris and Brett Young, whose “In Case You Didn’t Know” (written by Tyler Reeve and Trent Tomlinson) was named Song of the Year. Jesse Frasure, the DJ-turned-country-songwriting-ace, was awarded Country Songwriter of the Year. 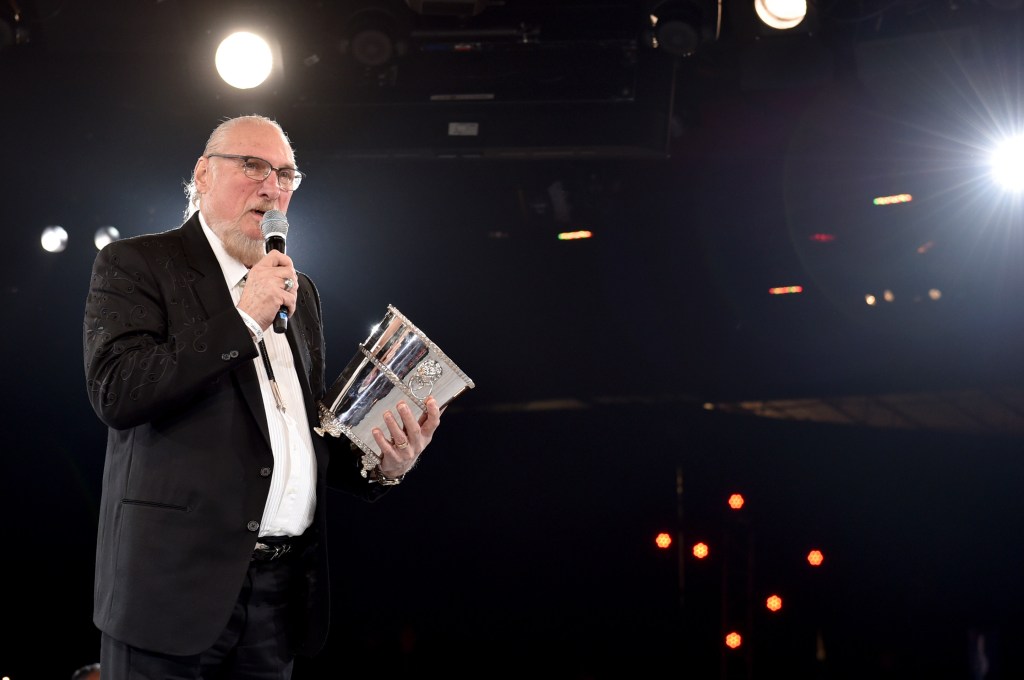 Steve Cropper accepts his BMI Icon award at the 2018 ceremonies in Nashville.