Blake Shelton put a lot of thought into the cover of his upcoming album, Bringing Back the Sunshine. In stark contrast to his colorful personality, the photo is a moody black and white affair. Rays of sunlight burst through menacing clouds to illuminate a water tower emblazoned with the word “Ada,” Shelton’s beloved Oklahoma hometown. (See below.)

But what does it all mean? The snapshot seems to be the musical equivalent of a Rorschach test.

“The whole album is searching for parts of me that I think have… not gotten lost along the way, but stuff that I haven’t addressed in my music as much as I used to, whether it’s drinking songs, heartbreak songs or songs about how people treat you. Things like that,” the country superstar tells Rolling Stone Country.

Even though the title, Bringing Back the Sunshine, evokes happy imagery, Shelton says the album is actually grittier than his last two studio offerings, 2011’s Red River Blue and 2013’s Based on a True Story…, both of which debuted at Number One on Billboard’s Top Country Albums chart.

“My last couple of albums have been so positive, because when I made them I was just getting married. It’s been in this awesome place,” he says. “But after a while, as a country singer, I gotta get back to singing about getting drunk because there’s people out there — and I’ve been one of them — that have had their heart broken, or they’ve had a tough day at work, or they get stabbed in the back.”

In addition to the album’s first single, the “screw you” breakup song “Neon Light,” the title track also fits Shelton’s throwback mentality. He equates “Bringing Back the Sunshine” to “bringing back the country.”

“It’s the only way to be a little more political about where we are in country music,” he says, “and I’m as guilty of it as anybody.”

Yet the four-time CMA Male Vocalist of the Year isn’t apologizing for any of his 17 Number One singles.

So to interpret the album cover of streaming sunlight and the Ada water tower? Maybe Shelton’s focusing the spotlight on a man who came of age in this small Oklahoma town and is eager to return to his roots.

Bringing Back the Sunshine hits stores September 30. Fans who pre-order the album will instantly receive a digital download of “Neon Light.” 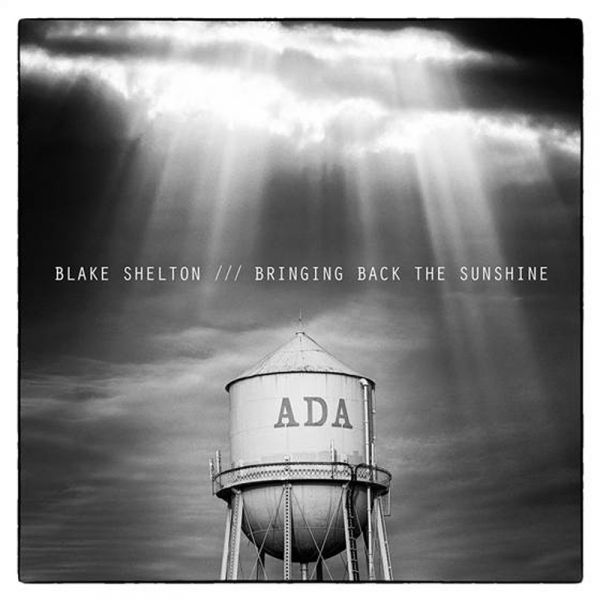