Seated in the front lounge of a sleek black motor coach, Blackberry Smoke’s Charlie Starr is looking out the window into the fresh spring greenery just beyond his reach, ignoring the muted television in the corner as the engine idles.

Starr has a reserved ease about him, but the meaning behind his band’s new album, Find a Light ­– out April 6th on their own 3 Legged label through Thirty Tigers – is very much on his mind.

“The country is completely polarized, and it seems like the only thing you can do is just try to make it better for yourselves and others,” Starr tells Rolling Stone Country. “The only people who can fix this shit is all of us, but we can’t seem to get together. To continue, you’ve got to find something positive in the middle of all this negativity.”

Starr’s lyrics on Find a Light reflect that sentiment when he sings, “I’m the darkness reaching for daylight,” in “Medicate My Mind.” The soulful, grooving jam, penned with frequent collaborator Travis Meadows and accented with hand drums and psychedelic guitar solos, is a melting pot of influences that works all across Find a Light.

Blackberry Smoke shines through the darkness on the album’s 13 cuts, distilled through a lifetime of musical influences Starr heard growing up in Lanett, Alabama, “way down yonder on the Chattahoochee” in Alan Jackson parlance. Throughout the record, Starr infuses his songs with a love of Seventies-era rock he got from his mother, the bluegrass he heard from his father and the gospel his great-uncles sang in the Swanee River Boys.

“I would hear ‘Honky Tonk Women,’ [which] is a country song with loud guitars and drums,” he remembers. “I would think, ‘That’s the same thing as Bill Monroe, it’s just got drums and electric guitars.’ It’s that high harmony, very lonesome, got that swagger. It all started to make sense.”

Since music tastemakers can’t pigeonhole Blackberry Smoke – their previous two records, Like an Arrow and Holding All the Roses, hit Number One on Billboard‘s Top Country Albums while also peaking high on the rock, independent and Top 200 charts – Starr and Co. are free to explore.

The band trusted their instincts on Find a Light, venturing again without the big-name producers like Ted Hutt and Brendan O’Brien they’ve used in the past. This time out, they simply let the vibe carry the day as they tracked live at Madison Recording in Atlanta.

“It’s like kids running the candy store,” Starr beams. “We’re not answering to a producer or an A&R guy. But at the end of the day we’re not gonna release something we don’t feel strongly about.”

Inspiration for Find a Light caught Starr off guard. While relaxing during the band’s winter downtime, a break from the hustle of touring on a crowded bus that’s currently hosting a dozen people, longtime friend Keith Nelson suggested they try writing together. The guitarist had recently left hard-rock band Buckcherry and was looking for an outlet. The pair traded riffs over the phone and kept what they liked, working out arrangements on their own.

The experiment yielded four songs for Find a Light and lit a fire under Starr. “Run Away From It All” rolls with the swagger that brought Exile on Main Street-era Stones comparisons to the Black Crowes, while the power-poppy “Best Seat in the House,” folky “Let Me Down Easy” and Southern-rocking “Nobody Gives a Damn” set the tone for the album.

“We weren’t writing for anything in particular,” he says of working with Nelson. “[We’re] really similar, likeminded musicians who come from a very similar background.”

Starr continued with the spirit of community, collaborating more for Find a Light than on previous Blackberry Smoke albums. He wrote another song with Travis Meadows, the laid-back “Seems So Far,” and paired with Robert Randolph on “I’ll Keep Ramblin’,” a boogie-riffing tune with a gospel midsection and Randolph’s steel guitar playing.

On the spry acoustic duet “Let Me Down Easy,” Amanda Shires plays Emmylou Harris to Starr’s Gram Parsons, singing in a clutch role while letting Starr’s voice fill the space. The Wood Brothers guest on the pastoral “Mother Mountain,” adding organic vocal harmonies that draw from the same well as CSNY, the Eagles and the Doobie Brothers classic “Black Water.”

But the band’s finest moment on Find a Light nearly didn’t make the cut. The chime and jangle of “Best Seat in the House” immediately nod to Tom Petty and the Heartbreakers, a touchstone group they’ve covered live in the past – so much that Starr wrote off the song at first. But it had staying power.

“We were in the big room tracking and we finished what felt like the take,” he remembers. “So we go in and sit down in the control room, and everybody’s phone had the message – a text or an alert from Yahoo or whatever – that said, ‘Tom Petty found unconscious.’ 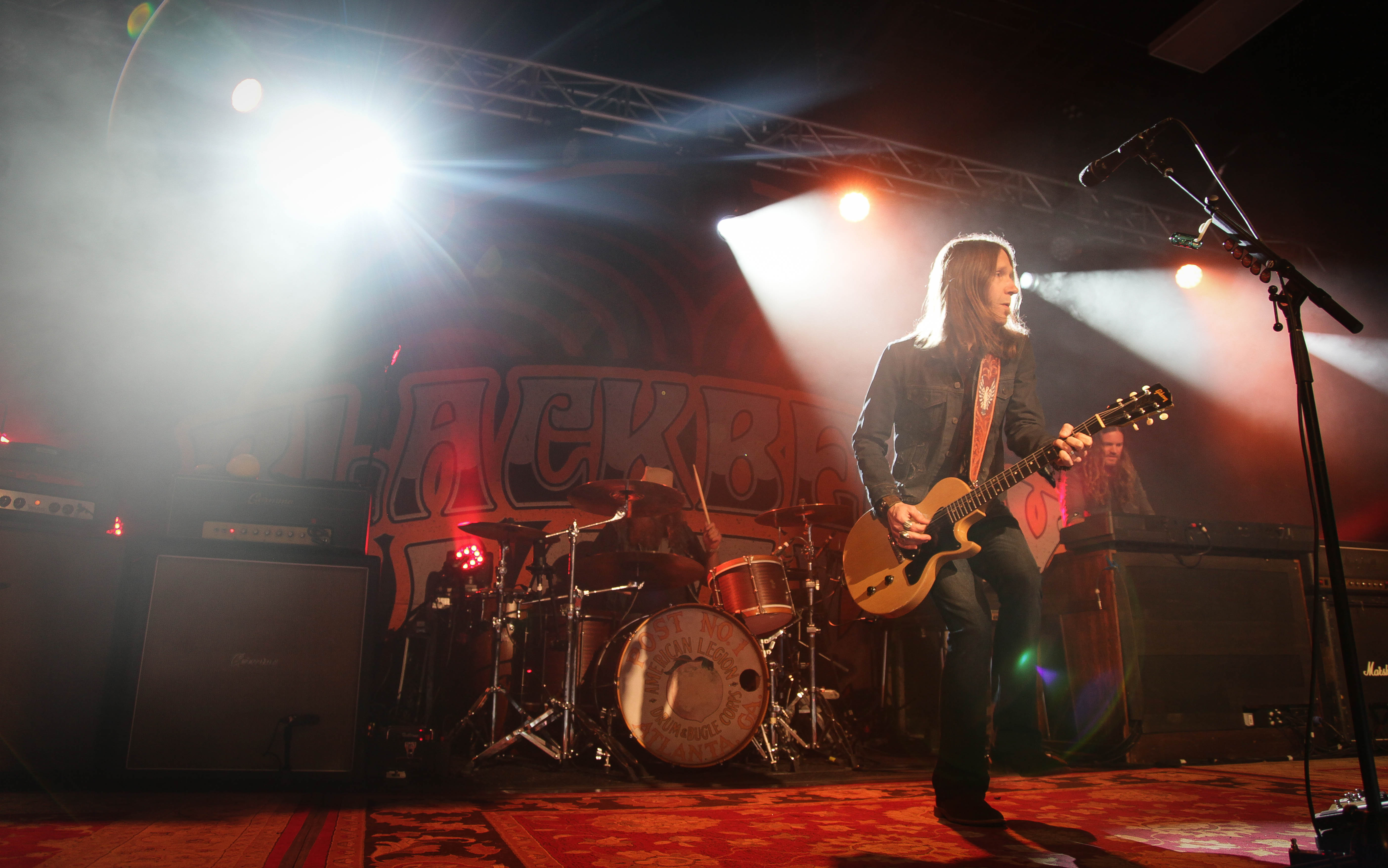 “I’ve got goosebumps,” Starr says, coming back to the present and holding out his arms as proof. “And right then, it was like, ‘Oh wow, this has to go on the record.’ It was just the strangest coincidence.”

Blackberry Smoke is part of a lineage that shares a love of Petty, the Allman Brothers Band, Lynyrd Skynyrd and Hank Williams Jr., able to ride an Americana vibe or peel off a stomping riff and tie it all together without a hint of pretense.

Echoing his meat-and-threes approach to songwriting, Starr’s hope on Find a Light is to get people to a common ground where they can enjoy the moment without the weight of the world.

“People waste so much energy trying to sway another person’s opinion about everything,” Starr opines, “to the point where people get so angry at another person for what they believe, or for what their opinion is. It really just seems ridiculous.

“I’m just like, ‘Who gives a shit? If you like buttermilk and I don’t, good for you. Enjoy your buttermilk.'”