For a half-century, Asleep at the Wheel, led by the towering Ray Benson, have put their modern spin on the Western swing music popularized by Oklahoma legend Bob Wills, now outlasting Wills’ Texas Playboys as an active group by 11 years. In celebration of the band’s golden anniversary, they’ll undertake a series of reunion shows featuring Benson and members of the band’s original line-up: Lucky Oceans, Leroy Preston, Chris O’Connell, and Floyd Domino.

Also coming in 2020 will be a reunion album produced by Buddy Miller. Still Comin’ Right at Ya, the group’s 32nd album takes its title from the band’s debut LP, Comin’ Right at Ya, released in 1973. Their first recording contract, with United Artists, was the result of Van Morrision’s endorsement of their “great country music” in a June 1972 Rolling Stone cover story. An upcoming documentary film, also titled after the group’s first album, will spotlight the reunion shows and celebrate the group’s legacy. Comin’ Right at Ya features interviews with Willie Nelson, Vince Gill, Wynonna, and others.

Formed in Paw Paw, West Virginia, in 1970, the 10-time Grammy winners played their first gig in Washington, D.C., opening for Alice Cooper and Hot Tuna. Garnering a local following, they soon relocated to the San Francisco Bay area at the suggestion of George Frayne, a.k.a. Commander Cody of Commander Cody and his Lost Planet Airmen. It’s there that the band’s Western swing repertoire took hold. Willie Nelson would soon encourage them to move to Austin. To date, more than 100 musicians have played in the band’s ever-revolving lineup.

“I’ve been told that I’m relentless, so I guess I am,” says Benson in a statement. “I’m just doing what I believe I’m meant to do. My role and concept of leading a band has never changed; it’s gathering the best musicians I can find or convince to play to the best of their ability. I just try and make the best decisions possible and kick some ass every night onstage. I’ve made it this far and don’t feel like I or the band will be slowing down anytime soon.” 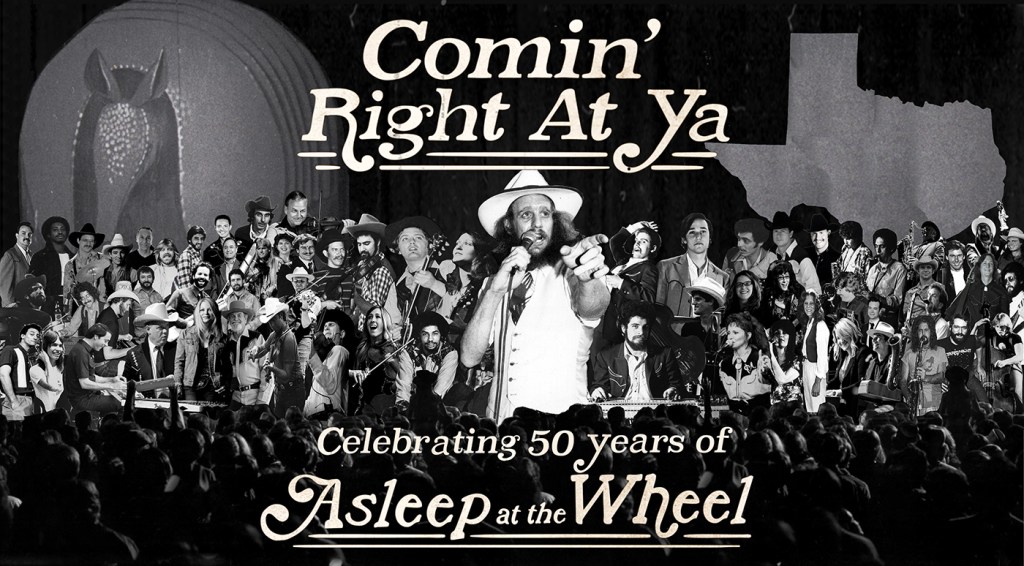 Beginning Friday, November 22nd, Asleep at the Wheel will play two nights at Dickies Arena in Fort Worth, Texas, opening a pair of shows for George Strait. The special reunion concerts are set for fall in Austin, Nashville, and the Bay Area, with dates and venues to be announced. The group’s last album was 2018’s New Routes.