Most country music fans know Angaleena Presley as one-third of Pistol Annies, the critically acclaimed trio formed by Miranda Lambert, Ashley Monroe and Presley in 2011. Together, with each adopting their own cheeky “Annie” alias — Presley was “Holler Annie” — the ladies released the brazenly country album Hell on Heels, which debuted atop the Billboard country chart and won over fans and Nashville as a whole with its throwback sound. Their second album, Annie Up, released in 2013, hit Number Two and was also enthusiastically received, but when the group cancelled several dates on the LP’s accompanying tour, tongues started wagging that drama and discord had torn the trio apart.

With the Annies on hold, Monroe refocused on her solo album Like a Rose, which she released a few months before Annie Up, while Lambert went on to continue her already established mainstream country career, releasing this year’s CMA Album of the Year nominee Platinum.

Now it’s Presley’s turn to explore solo success. On the disarmingly honest and thoroughly charming American Middle Class, released this week, she too makes a case for being one of country’s leading ladies. A series of autobiographical sketches from the Beauty, Kentucky, native, the bluesy album details the life challenges Presley faced as the daughter of a coal miner, a former waitress and as a college-educated single mother. There’s also a guest appearance from Presley’s father Jimmy (a recitation on the LP’s title track), and a scripture reading from one of Angaleena’s former neighbors, a drug-addicted woman who has since lost the battle with her own troubled existence.

While such tunes as “Pain Pills,” “Knocked Up” and “Drunk” may paint a darker portrait of life in the holler, Presley insists her upbringing wasn’t the stark, poverty-stricken one committed to record by the Coal Miner’s Daughter, Loretta Lynn. That doesn’t mean the Presleys didn’t struggle, however, or that the singer led a charmed life once she left Beauty. But Presley, whose son Jed is now seven, has managed to carve out a new life in Music City as one of the most sought-after collaborators of such iconic writers as Matraca Berg, Lori McKenna and Luke Laird. Likewise, advance reviews for American Middle Class have been deservedly glowing.

On a warm October morning at a trendy Nashville coffee shop, Presley, decked out in a white sundress decorated with bright red cherries, chatted with Rolling Stone Country about the women who fueled her creativity, the best aspects of motherhood and, yes, those damn Pistol Annies rumors.

Now that it has been released, how nervous are you about the potential reaction to an album that exists, not with a group, but solely under your own name?
As long as I get a reaction. I would rather get a negative reaction than no reaction at all. At least I know that it moved you. It may have moved you to want to punch me in the face, but, hey, you’re moving aren’t you? That’s what music is supposed to do, move people to one side or the other. Let’s just hope the people who like it outnumber the people who want to punch me in the face. [Laughs]

How old were you when you wrote your first song?
I wrote my first song when I was in high school. It was hideously bad. I would never play it for anyone. It was called “Fairytale Land,” I think. It was about me going off and following my dreams and [speaks in a fairy-like voice] leaving everything in the dust of the fairytale world that I was living in. It was an awful song, but at the same time it was also this revelation of, “OK, this is probably what I want to do.” At that point it still seemed like this extremely unrealistic fairytale, so the song was really fitting. Because when you grow up where I grew up, there is a cap of what you feel like you’re capable of accomplishing. Nobody has money, nobody has a Mercedes, nobody has a vacation home in Florida. They go to Myrtle Beach one week out of the year. You don’t even think like that. You think, “I’m going to make enough money to put clothes on my back and take a vacation once a year.”

Who influenced your writing when you first started getting serious about it?
When I was in college, I was in my dorm and I heard Patty Griffin singing “Sweet Lorraine.” I rose up and was like, “Whoa, she just said a bad word!” Loretta Lynn, she was forthcoming in her songs, but Patty Griffin was just like, “This is how it was: ‘My dad called me a [slut] and [a whore] on my wedding day.'” It opened some kind of Pandora’s box in my creative psyche. I think about a month later I wrote the first song that I thought, “OK, I think I might have something here.” Loretta planted the seed and Patty was the fertilizer.

Writing a song by yourself gives you a great deal of satisfaction, but what is it about writing with co-writers like Matraca Berg that appeals to you?
It’s easier to trust that it’s good. You have a sounding board. If it’s somebody that you really like and you really respect, whenever they like your idea feels really good, because it’s one of your heroes. Matraca is a big reason why I moved here. She was the first songwriter that I ever knew about that [proved] you could do that for a job. I saw her on Austin City Limits or something singing “Strawberry Wine,” and I was like, “Wait a minute that’s not Deana Carter.” So when she’s your hero and she’s like, “Ooh, that’s good, girl,” it’s validation. 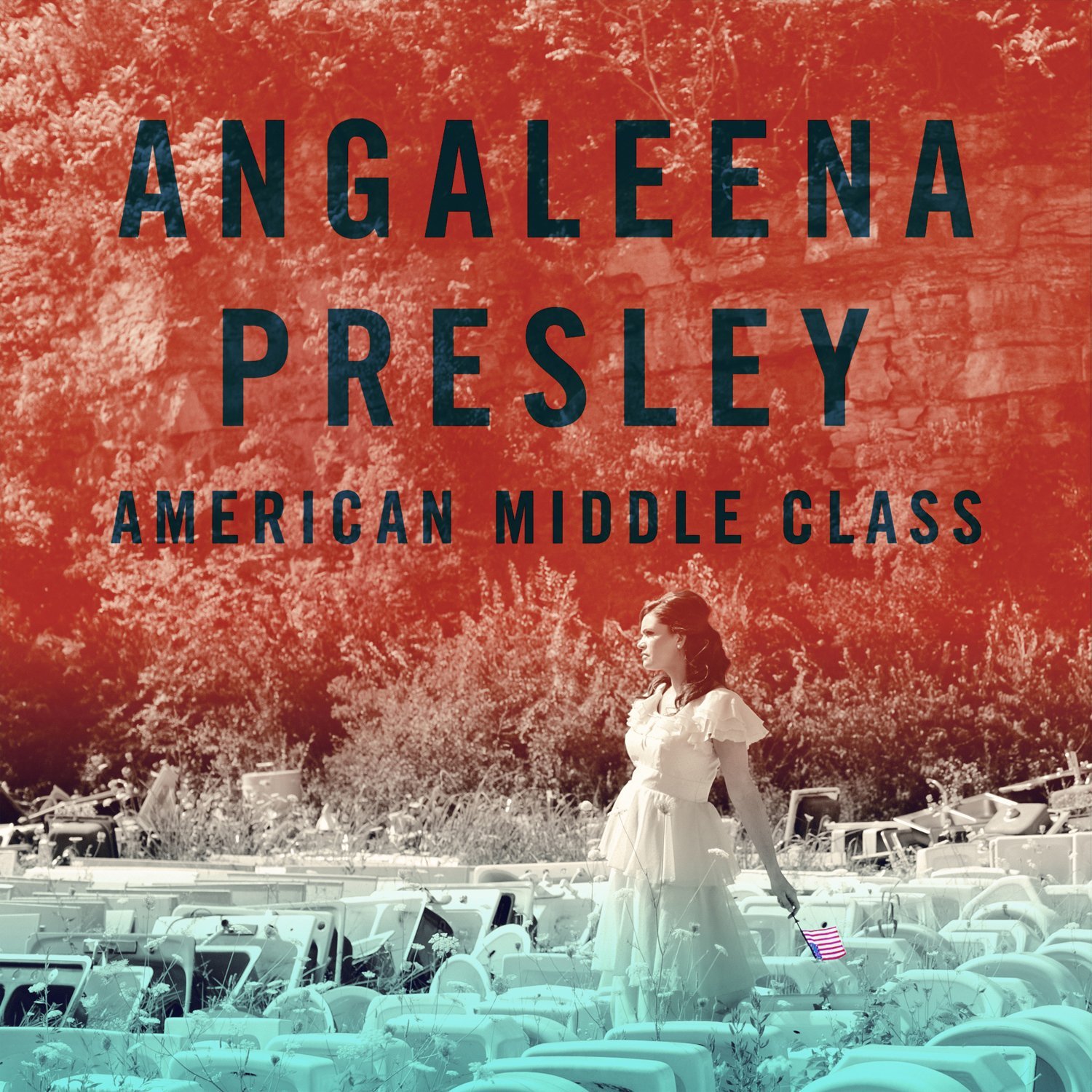 “All I Ever Wanted” is one of the songs on the album you wrote by yourself. How did that one come about?
I wrote that song on Easter Sunday. It was the first Easter Sunday that I wasn’t in Kentucky with my family. I think I was too hungover to drive home. I was just really living hard at that point. I was sitting in my little apartment and there was this Church of Christ that was across the street. They didn’t do it every Sunday but on this particular Sunday, because it was Easter, they had their church bells going off all morning long. It was just so beautiful. It was making me so sad and inspired at the same time. I started having all these guilty feelings like I shouldn’t have partied last night, I should be home. What is more important? I’m going to go to hell for not being home for the family Easter egg hunt. Oh my God! [Laughs] But then I had this moment where I was like, “Wait a minute, I don’t hurt anybody, I don’t steal, I don’t lie.” I started thinking about all the 10 Commandments. Growing up in church, it was fire and brimstone, Church of the Nazarene. See you next Sunday … maybe. [Not knowing] when the world was going to end! Such fear. If you look at the chorus of that song, it’s all the 10 Commandments. “OK, I don’t break that one, I don’t break that one, I don’t break that one and I’m still going to hell because I don’t go to church and pay my offering?” The man-made rules of what you have to do to get into heaven and the virtue of living a virtuous life, to me, on that day, just didn’t add up. That’s the day I found my spirituality. That’s the day that my religion separated from my spirituality. I’m a very spiritual person. I have an amazing relationship with God but a lot of the fear that I grew up with, I just couldn’t let that go.

Since you mentioned hard partying, what kind of drunk are you?
It depends on the night and it depends on what I’m drinking. [Laughs]

What’s your favorite to drink then?
Beer. Liquor makes me crazy and wine puts me to sleep, so I’m a 100 percent beer drinker. I like cheap beer. Don’t give me any of that craft stuff. I drank Bud Light forever, but now I drink Corona because it has less gluten content. Don’t tell my redneck friends that because I’ll be out of the club. [Laughs] I’m a really animated person sober, so when I drink it’s like I’m on 11. I’ve done crazy stuff but I think I’ve honed my craft, so now I’m pretty good at it. I know my limits, having learned them the hard way.

Of course, now you’re married [to American Middle Class co-producer Jordan Powell] and you have a son, so there’s not as much time for hard partying. What’s the best thing about being a mom?
I guess just having something to live for that is alive. As artists, we’re so dark. We cut our ears off. There’s something about the creative mind that is a scary place. When Jed was born, I feel like he really saved me from that. There’s a dark side of me that I can’t go to because of him. He is a life to live for that is whole and healthy. He’s like my little life coach. He’s so smart, he’s so intuitive. The other day he said, “Mama, I just feel so safe when I’m with you. You’re like the sunrise. I just know you’re always gonna be there.” It’s like hanging out with a little angel. When I saw those two blue lines it was like, “Holy crap, my life is over! Why is this happening?” Then as soon as he was in my arms, I just knew that he was my savior somehow. He makes my life so much better.

This being Nashville, you have to have heard a lot of Pistol Annies breakup rumors, but what’s the craziest one?
Well, that’s the first thing that people want to know about. The craziest one was that me and Miranda got into a fight because Jordan [who is also Miranda’s former tour manager] and Miranda had a falling out.

That one has been circulating a lot.
That is like the farthest thing. Everything was planned. Jordan is an amazing businessman, Miranda is an amazing businesswoman. When you get to that level, that stuff doesn’t happen. Because you don’t get to that level if you act like that. His leaving was planned way in advance and they still text, they’re still friends. They still hang out. People just want a story. When the truth is boring…

But was there really a drunken brawl between you and Miranda?
Yeah, every night! [Laughs] Of course we did, we’re girls! We drank a lot of beer and a lot of liquor. We had many drunken brawls but not one that led to the breakup of our band. It was timing, it was scheduling. Ashley was getting married; we did not have time to do Pistol Annies. You can only stretch yourself so far before you crack. You just have to make a choice. Am I gonna do this or am I going to do this and burn out and go crazy and not be able to do any of it? It was just timing. Whenever things slow down, we’ll do something again. I’m 100 percent confident.