For years, Aaron Watson was one of Texas’s best-kept secrets.

While the rest of America fell in love with country-pop, Watson spent the early 2000s touring his home state’s rodeo and dancehall circuit, armed with a family-friendly, fiddle-fueled sound that had more in common with George Strait and Chris LeDoux than the mainstream music coming out of Nashville. Lyle Lovett was an early supporter. So was Willie Nelson, who made an appearance on Watson’s fourth album, The Honky Tonk Kid, in 2004, long before the rest of the country knew what it was missing.

One decade later, the tides have turned. Watson’s traditionalist take on country music still makes him an outsider in a genre filled with pop production and hard-rock guitars, but that hasn’t stopped him from earning a wide audience, with new albums that regularly debut in the Top 40 and an international audience that stretches all the way to Europe. He’s still an independent musician, too, happy to trade the supposed comforts (and budgets) of a record label for the freedom to call his own shots.

Watson celebrates that independence with his 12th album, The Underdog. Produced by Keith Stegall and distributed by Thirty Tigers (the Americana powerhouse behind recent releases by Jason Isbell and Sturgill Simpson), it’s a highly personal record, with songs inspired by Watson’s faith, his time on the road and the death of his infant daughter, Julia Grace, who succumbed to a chromosomal disorder shortly after birth. Balancing out the emotional spectrum are lighter, livelier tracks about life and love in the Lone Star State, including “That’s Why God Loves Cowboys” and “Rodeo Queen.” 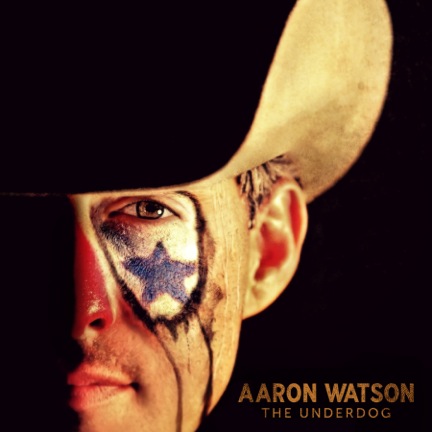 “I wanted to raise the bar, both musically and lyrically, when making this record,” Watson tells Rolling Stone Country. “Working with Keith Stegall definitely took things to the next level… I’ve been playing some of these songs live already, and the first single, ‘That Look,’ has been on fire online and at radio. So, if that’s any indication, I know that this is just the start of great things ahead, and I’m excited to let everyone know The Underdog is coming.”

It’s coming on February 17, 2015, to be exact. In the meantime, Watson will be hitting the road hard, touring his way through America’s southernmost states right up until the release date. More than half of those tour dates are in Texas. Old habits die hard.

Here is The Underdog track listing: