“Did you know it snowed in Las Vegas just a few weeks ago?” host Reba McEntire asked the crowd during her opening monologue at this year’s ACM Awards. “It was so cold it froze us women out of Entertainer of the Year.”

Reba was making light of the fact that, for the second year in a row, the nominees for Entertainer of the Year — the top honor at the Academy of Country Music Awards, held Sunday night in Vegas — included no female nominees. But even if the ACMs found a way to shut out women from its premier award in a year when Kacey Musgraves took home the Grammy for Album of the Year, it was those very artists — Ashley McBryde, Little Big Town, Brandi Carlile — who offered the emotional center points and clearest pictures of the genre’s forward-facing future.

Nowhere was this more apparent than during “The Daughters,” the daring, heartrending new single from Little Big Town that came halfway through the evening. Karen Fairchild and company’s delicately delivered prayer for gender equality (“I’ve heard of God the Son and God the Father/I’m still looking for a God for the daughters”) rang particularly true on a night when performers like Miranda Lambert thrived despite being relegated to a greatest hits medley, and McBryde silenced the crowd with her emotional voice-breaking rendition of “Girl Goin’ Nowhere,” abridged for broadcast though it may have been. Musgraves, for her part, was the only woman all night to win a non-gender based category, receiving her Album of the Year for her blockbuster Golden Hour.

“I have to say that this award goes out to any women, girl, or anybody, really, that is maybe being told that her perspective or her style is too different to work,” Musgraves said during her acceptance speech for Female Artist of the Year. “Just stay at it. It’ll work out.”

Overall, the show was an uncontroversial affair, a night that paid tribute, perhaps even more so than usual, to the genre’s staid commercial center while allowing a select few established agitators like Eric Church and Little Big Town make subtle statements with songs like “The Snake” (a left/right partisan political allegory) and “The Daughters.”

The night’s biggest winners were the hard-working duo Dan + Shay, who won three awards, including Song of the Year and Single of the Year for their 2018 crossover smash “Tequila.” Dan Smyers and Shay Mooney also scored their first-ever Duo of the Year win, receiving congrats afterward on Twitter from their chief competition, Brothers Osborne. 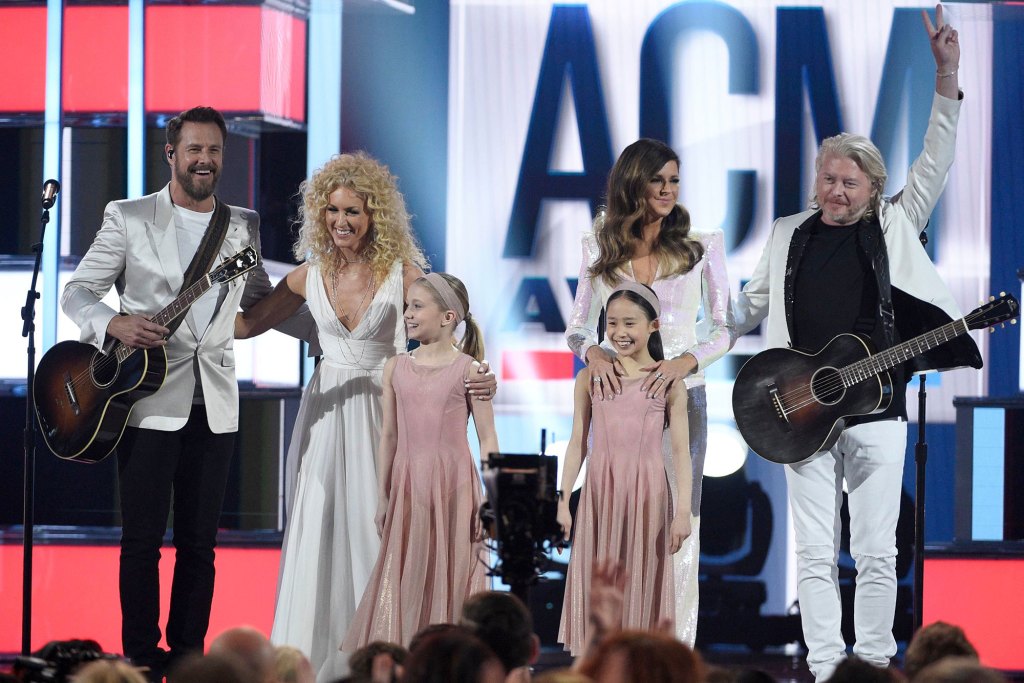 If the ACMs’ recognition of the groundbreaking success of “Tequila” shows what happens when a country song moves across genres under the guidance of the Nashville music industry, the show’s wholesale disregard of Lil Nas X and Billy Ray Cyrus’ “Old Town Road,” currently the most purchased iTunes song in the nation (in country music and otherwise), shows what happens when a country song doesn’t follow such pre-approved guidelines. The only rapping that came during the show was courtesy of Jason Aldean, who rhymed his way through “Dirt Road Anthem” in the middle of his Artist of the Decade medley.

The through-line of the broadcast, however, was the forcefulness with which this year’s ACMs leaned toward country traditionalism. Singers like Chris Stapleton (“A Simple Song”) and Luke Combs (“Beautiful Crazy,” featuring Amanda Shires on fiddle) favored balladry more than usual, and the genre’s fondness for old-time religion also came back into play.

In fact, it’s hard to think of a recent country awards show that was more heavily centered on God in its musical performances. Shortly before winning Male Artist of the Year, Thomas Rhett delivered his bouncy “Look What God Gave Her,” and George Strait and Blake Shelton delivered their respective country singles “God and Country Music” and “God’s Country.” Elsewhere, both Church and Little Big Town invoked the bible, while This Is Us actress Chrissy Metz was joined by Carrie Underwood, Maddie & Tae, Mickey Guyton and Lauren Alaina for an ensemble performance of the faith-based devotional “I’m Standing With You,” a song from Metz’s film Breakthrough.

The evening also had its fair share of baffling moments, perhaps none more so than the show’s comically forced opening of Jason Aldean and Florida Georgia Line’s chest-thumping “Can’t Hide Red,” which ended with FGL seemingly shilling for their signature whiskey line. Meanwhile, on an night when, for whatever reason, Album and Female Artist of the year winner Musgraves did not even perform, Strait took the mic on three separate occasions. 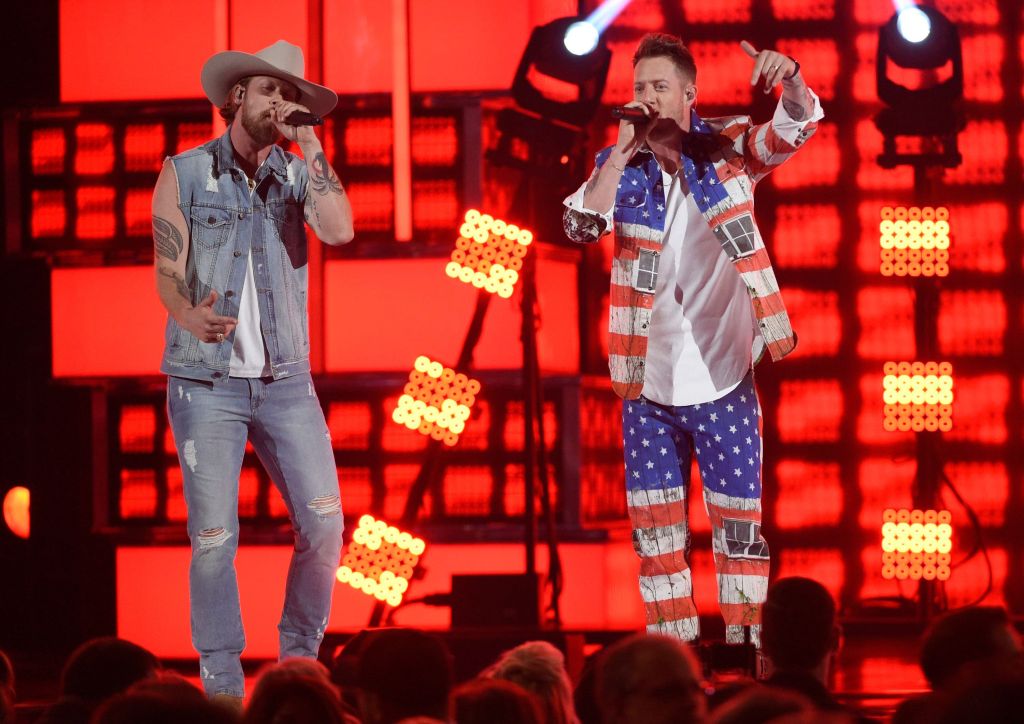 Despite those head-scratchers, the 54th ACMs had its high points: “Travelin’ Light,” Dierks Bentley’s duet with Carlile, was a heartwarming rootsy showcase; Stapleton waxed poetic on the enduring richness of home life on “A Simple Song” alongside his pregnant wife Morgane Stapleton on harmony vocals; and Combs joined Brooks & Dunn for a soaring take on “Brand New Man,” one of the few rousing up-tempo numbers of the evening.

In the end, this year’s ACM Awards were a studious exercise, an even-keeled production that managed to nod to future stars Musgraves, McBryde and Kane Brown, who performed with R&B artist Khalid, while still honoring stalwarts like Aldean, Strait and Entertainer of the Year winner Keith Urban. It was a look ahead, yes, but a hesitant one.