The 51st annual CMA Awards didn’t open with an all-star performance on Wednesday night, although it got to one of those quickly enough. It began instead with Eric Church alone on a half-lit stage, singing “Amazing Grace.” Country music has been battered in recent weeks, and this awards gala – the first to take place since the deaths of 58 fans at Route 91 Harvest festival in Las Vegas on October 1st – didn’t shy away from that fact.

Church’s performance recalled Jason Aldean’s cold open last month on Saturday Night Live, less than a week after his set at Route 91 was interrupted by the shooting spree of a gunman. Segueing straight into Darius Rucker’s all-star sing-along of Hootie & the Blowfish’s 1994 hit “Hold My Hand,” the opening set the tone for how the CMAs would handle that tragedy: by turning to God and, for the first of many times during the evening, to music from all corners.

“We do what families do,” Carrie Underwood said during the opening monologue. “We come together and we pray together.” Her co-host, Brad Paisley, took a robust tone, declaring, “The best thing to do is sing our music loud and proud.” Later on, Underwood delivered a touching tribute to those who lost their lives in Las Vegas during her candlelit In Memoriam performance of the hymn “Softly and Tenderly.”

The CMAs’ efforts at healing proved to be a mixed bag, and the monologue played a part. Underwood and Paisley, who celebrated their 10th year emceeing the event, joked about the “guidelines” mandating the awards show as a politics-free zone, spinning it into a musical bit mocking President Donald Trump. But the context wasn’t very funny: organizers had tried to bar mention of topics like gun control, thereby stifling conversation of the issues that must be addressed when tragedies like Route 91 or last weekend’s massacre at a church in Sutherland Springs, Texas, do occur.

Those guidelines were ultimately retracted, but the artists remained on their best behavior Wednesday night. The statements of the evening were left to someone like Keith Urban, who offered the live debut of his brand-new song “Female,” which had premiered earlier in the day. Written as a response to the sexual assault scandals that have reached from Hollywood to Nashville, it was well-meaning but slightly tone deaf considering that there wasn’t a single woman on the stage.

It didn’t help that some of the biggest upsets of the evening tended to go in favor of male performers, who were the only ones nominated for Entertainer of the Year – an honor Garth Brooks claimed for the second straight year. On more than one occasion, those upsets went specifically against Miranda Lambert. While she came away with Female Vocalist of the Year honors, it felt like a consolation prize given that she had already missed out on Album, Song and Single of the Year (the last of those going to Urban), each of which she deserved to win. 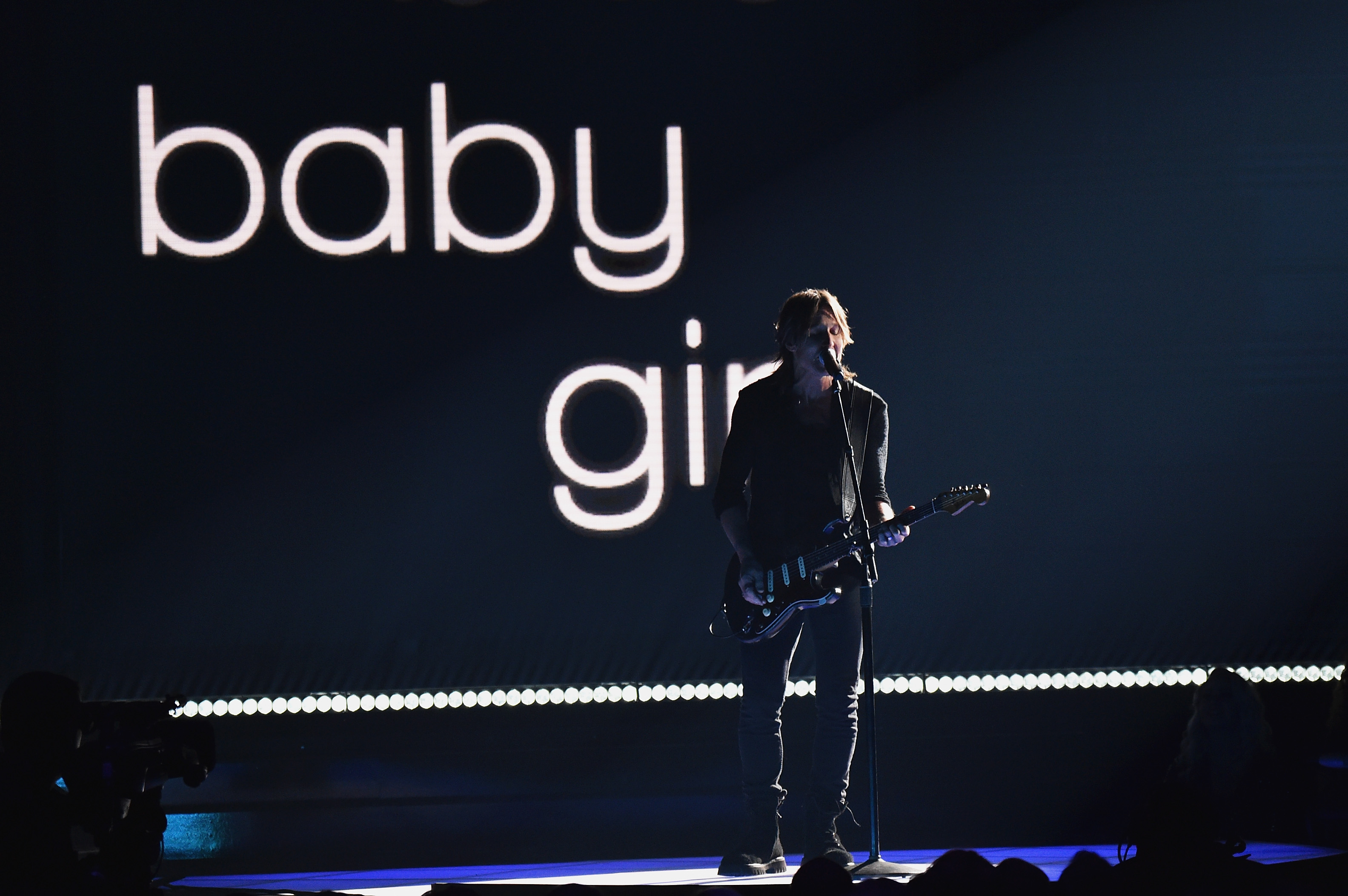 Lambert, who praised Urban for “Female,” responded by turning in one of the standout performances of the night with her understated “To Learn Her,” a subtle comment of her own from The Weight of These Wings. As Lambert proved at the ACM Awards last spring with her rendition of “Tin Man,” less can be more at these star-studded events, a fact that Pink reinforced a little while after. This year’s big-name guest from the pop world, much as Beyoncé had been last year, Pink sang the haunting “Barbies,” off her album Beautiful Trauma, from a stool surrounded by female musicians.

If the CMAs’ efforts at unity were hit or miss – particularly when Dan + Shay covered the Youngbloods’ “Get Together,” a song that was on message but wholly out of place – the evening hit the right note with many of its tributes. Alan Jackson had the opportunity to perform twice, including closing out the show, while Brothers Osborne, who repeated as Vocal Duo of the Year winners, ripped through Don Williams’ hard-nosed classic “Tulsa Time” at the end of their own “It Ain’t My Fault.”

Country music has lost a number of stars in 2017, and the most emotional tribute was one paid to Troy Gentry, which saw his Montgomery Gentry partner Eddie Montgomery sing “My Town” with Dierks Bentley and Rascal Flatts. But another was equally effective by once again keeping things simple, as Little Big Town were joined on piano by Jimmy Webb to sing “Wichita Lineman,” a song that Webb wrote nearly 50 years ago for Glen Campbell.

“Tonight should be about harmony and doing what we can together to change things,” said Little Big Town’s Karen Fairchild in one of the night’s most pointed pieces of commentary, as the band accepted the award for Vocal Group of the Year. “We can actually change things with the way they’re going – we just have to step out.”

Watch below: Carrie Underwood pays tribute to victims of the Las Vegas shooting during the In Memoriam segment at the CMA Awards.