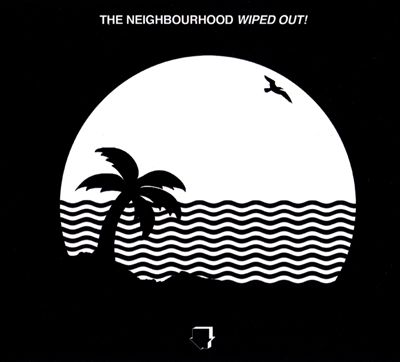 “I hate the beach, but I stand in California with my toes in the sand,” frontman Jesse Rutherford sang on this Ventura County crew’s 2013 sleeper hit, “Sweater Weather.” A spry song that rolled from a half-awake hum to a stadium-ready chorus, it stood out on the radio. But the warmth of “Sweater Weather” and the rest of the Neighbourhood’s debut album is gone on Wiped Out!, replaced by a ponderous kind of cool. After 30 seconds of silence, the album kicks open with the jangly post-beach vibe of “Prey.” It’s not long before things start to plod as needlessly long instrumental riffs sink the band too deep into the sand (“The Beach”). The bellowing lead single “R.I.P. My Youth,” which doesn’t show up until the album’s end, shakes off some of that drowsy nocturnal energy. It’s the kind of spark that should open an album, not close it. If only the rest of Wiped Out! could have held on to that urgency.