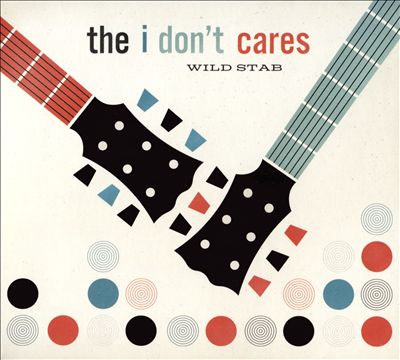 When Nineties alt-rocker Juliana Hatfield started working with Paul Westerberg last year, she soon realized that much of the Replacements singer’s greatest work remained unreleased. “She brought a lot of this to life that otherwise would have just sat down in the basement and sort of rotted,” the notoriously reclusive Westerberg has said.

Enter Wild Stab, Westerberg’s first proper record in a dozen years, and his inaugural collaboration with Hatfield. Recording as the I Don’t Cares, the duo assembled 16 ramshackle tracks: a mix of original material, never-before-heard gems from Westerberg’s basement archive, and re-recorded solo tunes from his back catalog.

Opening tunes “Back” and “Wear Me Out Loud” are old Replacements outtakes that gracefully channel the Minneapolis singer’s Don’t Tell a Soul-era pop craftsmanship. Elsewhere, the duo tackle gentle alt-country (“½ 2 P,” “Sorry for Tomorrow Night”), melodic power-pop (“Need the Guys,” “King of America”), and indignant, rockabilly-tinged punk (“Love Out Loud,” “Done Done Done”). Hatfield is front and center on several tunes, dueting with Westerberg on soft-spoken ballads (“Kissing Break,” “Just a Phase”) and taking the occasional lead. Most often, though, she sticks to the background, providing sweet harmony vocals and lead guitar throughout.

Wild Stab chugs along pleasantly enough until “Hands Together,” the 7-minute, album-closing showstopper that serves as a devastating sequel of sorts to 1985’s “Here Comes a Regular.” “Dreams I had before are now too bored to even show up,” Westerberg sings in his scraggly mumble, proving that he can still pull off weary resignation better than anyone.