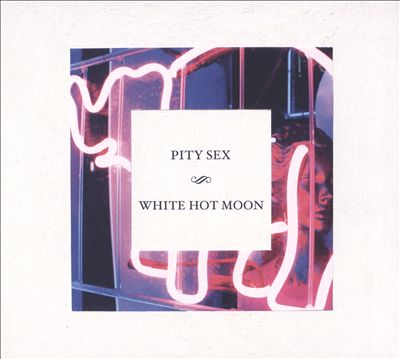 Michigan shoegazers Pity Sex have outgrown the high melodrama of their emo-tinged 2012 EP Dark World. Their latest finishes a turn towards dispassionate Nineties alt rock nostalgia that began with their soupy 2013 debut, Feast of Love. The band has never sounded so desolate, or more distinctly themselves.

Comparisons to My Bloody Valentine abound, Pity Sex offer a rather clean-shaven take on the old fuzz-rock sound, occasionally betraying their roots with a rogue pop-punk rhythm here and there. And, more assured than ever, Brennan Greaves and Britty Drake painstakingly enunciate their poetic musings, floating calmly above the static. Drake’s voice rings clear as a bell as she wryly beckons to a lost love in “Burden You”; then grows devastatingly placid in “Dandelion” and “Plum,” a shattering requiem for her late mother. Meanwhile, Greaves sings about how modern technology both mediates and thwarts his desires in “A Satisfactory World For Reasonable People” and “Nothing Rips Through Me”. He grows more confident in “What Might Soothe You,” employing sumptuous language (and a smoky timbre) to ensnare the apple of his eye.

White Hot Moon sees Pity Sex grappling with intimacy in all its forms – the final result is a collection of florid letters addressed to their objects of affection, of repulsion, and of ambivalence. (Especially ambivalence.) The album may disappoint noise rock fan yearning for a thunderous climax; it’s less a jolt than a slow, gradual smolder.