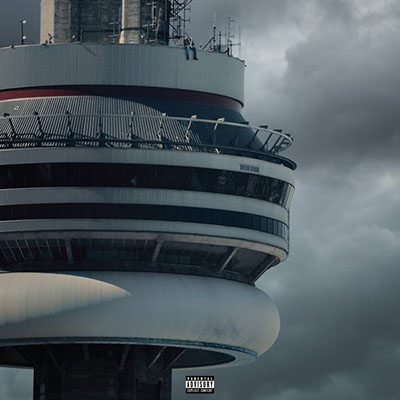 The best thing you can say about Drake on Views is the worst thing, too: He’s a lightweight. That description suits his breathtaking nimbleness in switching between flows, intonations and genres; his fleet-footedness adapting to, and jettisoning, passing trends; his ear for killer stripped-down beats and his stunning economy when crafting hooks – singing irresistibly wounded melodies, finding unlikely musicality in barked refrains about woes and Jumpmen. But his fourth album (seventh if you count three nominal mixtapes) reveals him as a lightweight in other, more frustrating ways: increasingly shallow in his thematic concerns, and ultimately slender in the scope of his creative ambitions. Drake’s constantly ranking himself against his contemporaries, mulling over his legacy, and so it’s impossible not to compare Views to recent opuses by those fellow pop-titans and culture-movers whose rarefied airspace he’s great enough to share: Beyonce, Kendrick, Rihanna, Kanye. In this company, however, Views is outclassed. Those artists have taken to framing personal sagas within higher-stakes contexts – issues of race, gender and class – whereas the context Drake seems to care most about a decade into his career remains the armada of ex-girlfriends he can’t resist obsessing over, unsure if he should feel guilty or aggrieved about their breakups. Drake has tilled this soil on several albums, with little new insight or complexity unearthed here; the result is an occasionally excellent LP that feels, naggingly, like a missed opportunity.

Drake is a virtuoso stylist. On So Far Gone, his 2009 breakthrough, he helped re-direct both the form and content of hip-hop, pairing moody, skeletal beats with an intriguingly mournful brand of arrogance: a Kanye-indebted affect that Drake elaborated upon and made de rigueur, and which reached its apotheosis on his best albums, 2011’s Take Care and 2013’s Nothing Was The Same. Views is longer than those – at 20 tracks, it edges into bloat – and takes longer to ingratiate itself, although time spent in its company (ideally in a car, after dusk) reveals moments of careful craftsmanship and ingenuity. “Controlla” is an airy dancehall confection; “Still Here” is a remarkable amalgam of aggression and softness, all raging low-end, simple singsong and retro synthesizers: a little Chief Keef, a little Vangelis. Other adrenalized tracks, like “Hype” and “Grammys,” approach the lacerating intensity that made 2015’s If You’re Reading This It’s Too Late and What a Time to Be Alive so potent. Elsewhere, on the sumptuous slow-burners “Redemption” and “Fire & Desire,” the production – overseen as usual by the indispensable Noah “40” Shebib – puts spectral R&B samples into play with chilly chords and clipped electronic drums. Designed to recede, these tracks gently suggest a mood, then leave the emotional heavy-lifting to Drake.

He doesn’t always hold up his end of that bargain, though. In 2011, with his star on the rise, Drake rapped, “Fame on my mind / my girl on my nerves”; five years later and that mission statement holds. In song after song, the spoils of success – and Drake’s monomania when it comes to chasing it – poison friendships and hamper his ability to sustain meaningful relationships with women. At points, beginning with the self-indulgent “Keep the Family Close,” Drake invokes this predicament almost by rote, and he drops some unforgivable groaners as the album proceeds – “Got so many chains they call me Chaining Tatum”; “Keep it 100 like I’m running a fever.” These suggest a team of sycophants crashing at his Calabasas compound and yes-manning his goofiest puns. Sometimes he elevates such clunkers and clichés through the sheer force of his delivery – a trick he pulled off magnificently on 2013’s “Started From the Bottom” – but for stretches of Views he arranges his bars into dull, familiar cadences and indistinct melodies that sound like lesser echoes of past highs: Drake doing a Drake impression.

Looking backwards doesn’t have to mean regression, of course, and for Drake the past is a defining, if not always rewarding, preoccupation. Since So Far Gone he’s written about how various bygone ghosts – the hopes and triumphs and regrets and betrayals he’s left bobbing in his wake since he was a scrappy Canadian comer – keep haunting his present. On Nothing Was the Same he compared himself to “Guy Pearce in Memento,” trapped in a perpetual now, but Drake’s real affliction is the inverse: He’s unable to stop slipping into his memories. Try as he might to enjoy “yachts so big they try to hit me with boat fines,” as he raps on “Grammys,” undertows of nostalgia and gloom drag him down into recollections both happy and sad, marooning him in his feelings. The backdrop for this reminiscing is his native Toronto, nicknamed The 6, which gave Views its working title and which, to Drake’s credit, he evokes more vividly here than ever, mustering a barrage of hyper-specific references – to TTC mass-transportation, to Fluid Nightclub on Richmond Street, to Ceesay’s Sporting Goods on Eglinton Avenue. He names names from his past, too, from an old buddy named Renny to a passing flame named Monique. Some of these confidantes remained loyal, we learn, some drifted off and some re-emerged, turbulently: the Houston stripper “Syn had a baby and treated me different,” Drake raps on “Redemption,” while “Ericka sued me and opened a business.”

Ericka is the woman whose voice Drake sampled without permission on “Marvin’s Room,” his 2011 single about drunk-dialing an ex in hopes for another shot – the same rough structure of Views‘ “U With Me?”, only with voicemail instead of text messages – but he insists here that he’s the one who deserves an apology from her. Drake has always been unappealing when condescending to the women he claims to cherish – chiding one for dishonoring her inner “good girl” on 2013’s “Just Hold On, We’re Going Home”; shaming another for “wearing less and going out more,” on “Hotline Bling,” an otherwise sublime hit that closes out the track-list here.

Romances gone wrong give Views its animating tension, for better and worse. “Too Good” is a bubbly kiss-off featuring Rihanna, giving as good as she gets; “Child’s Play” samples a filthy New Orleans bounce refrain while stacking up memorably left-field vignettes: In the opening lines, a love interest starts arguing with Drake at a Cheesecake Factory and, soon afterward, drives off in Drake’s Bugatti, heading “to CVS for Kotex.” These are funny, unexpected lines, and you wish there was more of that sense of surprise, not to mention fun, across the album. Ditto the passing moments of razored introspection: “Why do I want an independent woman to feel like she needs me?” he asks on “Redemption,” pithily and compellingly self-critical. Too often, though, he’s tediously vague and petulant in his recriminations, raising the question of whether he’s stuck in an emotional rut – and how much we can truly care about the view from down there.

Find out everything you need to know about Drake’s fourth album, ‘Views.’