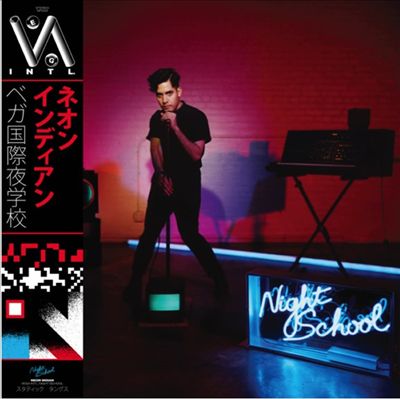 It’s always been easy to pick out the strands of dance music in the DNA of Alan Palomo’s music as Neon Indian, but it’s taken three albums for the dreamy synth-pop artist to really let his hair down. On this LP, Palomo peels back the layers of psychedelia that have sometimes obscured his work in the past, striving for a directness that results in the most crystallized – and accessible – version of his aesthetic yet. He accomplishes this without losing the restless curiosity of his music, which remains in constant motion (see the mutating throb of “Techno Clique”). The Vaseline-smeared Balearic bounce that has frequently shown up in his music is still there, of course, most notably on the iridescent “Smut!,” which ambles along on the most humid of basslines, and “The Glitzy Hive,” a slice of roller-rink disco as viewed through a dorm-room bong. On occasion, Palomo struggles to latch onto a hook, and it’s in these moments that his music slips right through your fingers. But even when these songs don’t quite work  – and they succeed more often than not – they’re sleeker and more efficient than Palomo has ever managed, relying on a sense of groove that consistently tugs forward. Vega INTL. Night School feels like the work of an artist who’s too busy having a good time to worry about the details, even if he knows tomorrow morning might be rough.