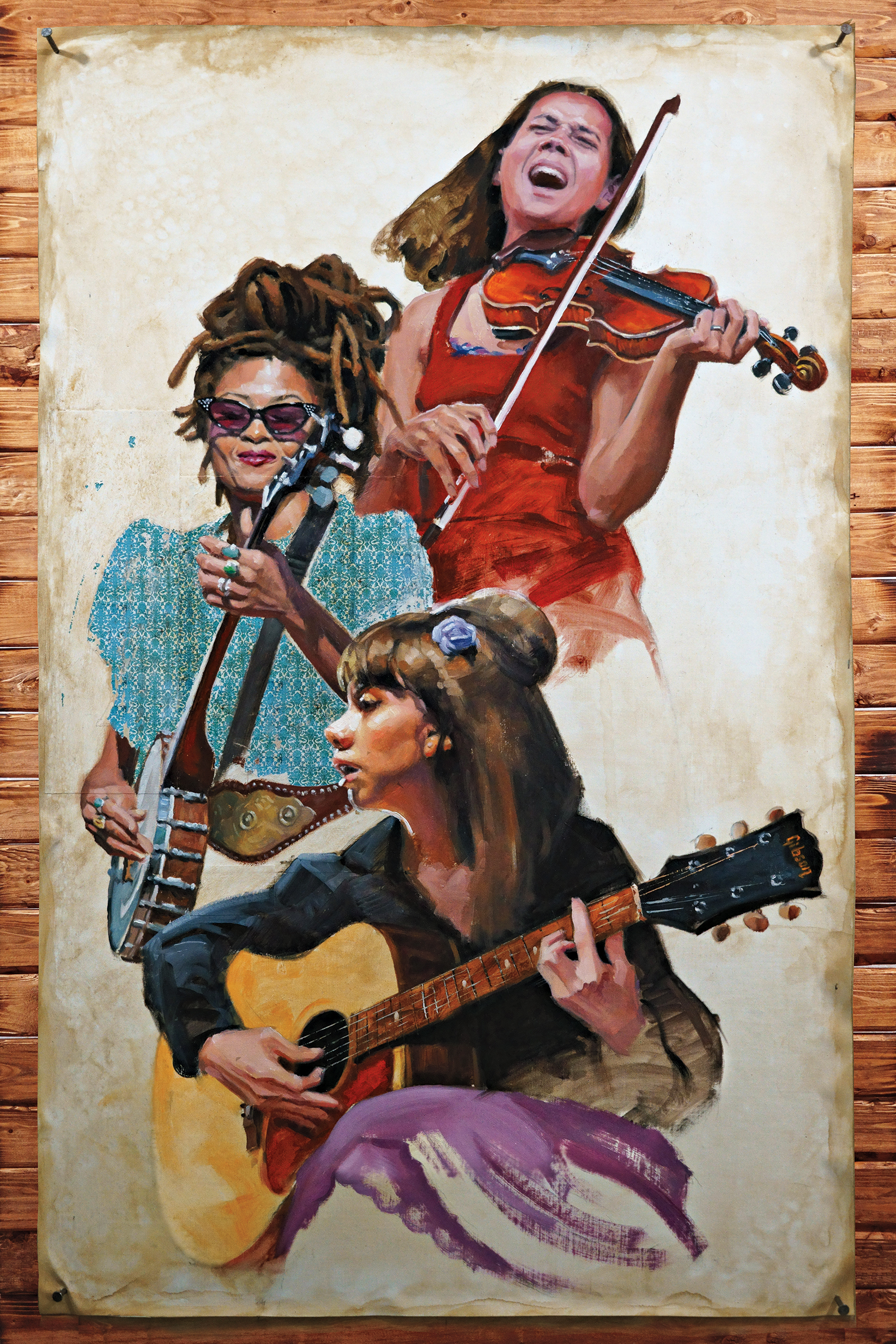 Ever since Woody Guthrie branded his guitar with the words “THIS MACHINE KILLS FASCISTS” and began singing “This Land Is Your Land,” American folk music has made defining “America” and its values a mission statement. So it’s fitting that in this immigrant-bashing, race-baiting, pussy-grabbing moment, a new generation of songwriters are putting their machines to work. That the best are doing more than slinging slogans is clear on potent new sets by three of the roots scene’s most compelling voices: Rhiannon Giddens (of stringband historians Carolina Chocolate Drops), Alynda Segarra (of New Orleans roots-buskers Hurray for the Riff Raff), and 21st century country blueswoman Valerie June.

That these writers are women of color is more than incidental. “Now all the politicians/They just squawk their mouths/They say, ‘We’ll build a wall to keep them out” chants Segarra, a Bronx-bred Puerto Rican who doubles down on the ambition of her group’s debut and its feminist murder-ballad-answer-song “The Body Electric” with The Navigator – a coming-of-age concept LP about a young woman that suggests Patti Smith as a barrio poet. Its definition of folk tradition is broad. “Hungry Ghost” lays Jim Morrison love-as-funeral-pyre imagery against a bassline that might’ve wandered off the Cure’s Seventeen Seconds. “Rican Beach” recalls the cratedigger conga-funk of Seventies New York City legends the Ghetto Brothers. “Palante” invokes the rallying cry of the Young Lords – the Black Panthers’ Latinx analogues – in an anthem echoing the Band as much as the Fania All-Stars. This is proudly intersectional folk music.

On her second solo LP, Giddens shifts focus from song curating to songwriting, and like Segarra, she’s channeling past voices. In a musical analog to Colson Whitehead’s The Underground Railroad, many are slave narratives. At the Purchaser’s Option” finds a woman pondering the fate of her newborn, extraneous property in the sale of her person. In “Julie,” a mistress begs her slave to stay with her, presumably as the Union army closes in, the latter forsaking her with triumphant composure. Connecting these stories to the Sixties Civil Rights Era and, by extension, to our own, is Richard Farina’s “Birmingham Sunday” and the Staples Singers’ “Freedom Highway.” Giddens is something of the Michelle Obama of folk: Her songs are wise and deeply-felt, her singing powerful and refined, her embellished string band arrangements elegant. Her opera-schooled approach may seem mannered at times. But in a culture that tends to measure black American music solely in terms of the raw and the eccentric, even her style challenges the assumptions of history.

Valerie June, meanwhile, has raw and eccentric to spare, though she taps a wide spectrum of American styles. Her second LP is louder and more confident than her beguiling debut, steeped deep in electric blues and old-time folk, gilded in country twang and gospel yearning, with a hypnotically gnomish voice that suggests a brawnier Joanna Newsom. Near-perfect front to back, its politics are subtle and sly, mostly implicit and matter-of-fact, transmitted through sketches of lovers and other strugglers. The emblematic song is “Got Soul,” which June croons over Stax/Volt horns, banjo and bluegrass fiddle, celebrating cultural intersection as it’s lived, and defining America’s sustaining greatness in the process.