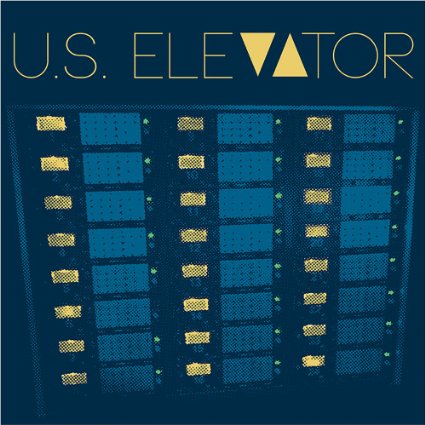 Basing a chorus around the line “Jimmy can’t tour ’til he’s done with his community service” suggests a particular breed of music lifer with which Johnny Irion is likely familiar. He’s known for his ongoing collaboration with wife Sarah Lee Guthrie, of the American folk music dynasty, but his solo projects show further-reaching roots. 2007’s Ex Tempore, a Seventies country-rock affair, played up the Gram Parsons-Neil Young timbres in Irion’s high tenor voice. His new band, U.S. Elevator, looks back even more evocatively, and boisterously, with songs that feel as lovingly hand-crafted as the jeans on the back of After the Gold Rush.

With its cheeky music-hall piano, bright hooks, handclaps and swooning “haah-aah” backing vocals, “Community Service” is a song that Harry Nilsson would’ve appreciated. “Can I Make It Up To You” unfurls a tamboura drone behind sinewy electric guitar; it’s one of a few songs that conjure George Harrison’s writing style. The period production throughout is remarkable. But if U.S. Elevator makes classic rock & roll, its nostalgia is tempered with hindsight of what happens on the upper floors. “Cry For Help” is a dissolution-lament in the tradition of “Tonight’s The Night” and any number of Ryan Adams records, rhyming “loneliness” with “EMS” and telling a trainwreck comrade plainly, “It’s hard to watch you die.” “Where The Rubber Meets The Road” addresses someone as “rock & roll lady” in a series of impressively potent clichés, and you can’t quite tell if he’s singing that he will, or won’t, “be high when we say goodbye.” The LP is framed by two versions of the instrumental “Pierre Lafond,” the first a funky downtempo guitar slither, the second a sweet synth-centered remix recalling French retro-futurists Air. It suggests a project that might prove even more rangy than this fine first entry.