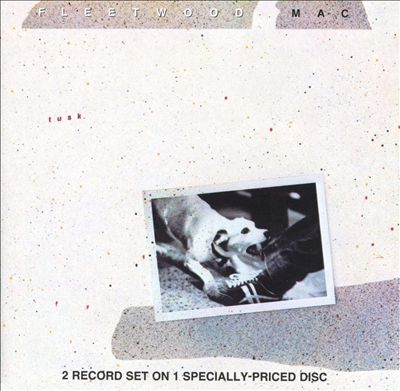 While the music scenes of England, New York City and scattered bohemian enclaves the world over embraced punk’s do-it-yourself radicalization in the late Seventies, nearly every superstar of sunny southern California kept on making smooth and glossy soft rock as if Joey Ramone and Johnny Rotten had never happened. This didn’t comfort Lindsay Buckingham. The pressure to follow Fleetwood Mac’s astronomically successful 1977 LP, Rumours, with a follow-up just like it drove the singer-guitarist to turn to Talking Heads, Elvis Costello and other upstarts for inspiration and liberation.

And so he began what became 1979’s famously experimental and eclectic double-disc, Tusk, at home with the deliberate goal of shaking things up. While Buckingham crafted his unconventional solo recordings, the Mac had Studio D at L.A.’s Village Recorder built to their specifications, where they added to his songs and recorded their own with results that veered from demo-quality rockabilly to exacting balladry. Both capitalized on the freedom that came with their success: Because drummer Mick Fleetwood himself managed the band, absolutely no one but the musicians and their near-exclusive producer-engineers Richard Dashut and Ken Caillat had any input. Tusk may have been the first album to cost a million dollars, but much of it was in spirit and practice nearly as DIY as the era’s New Wave.

Sequenced for maximum disruptive effect, Tusk alternately reassures and startles: Christine McVie’s placid lullaby “One More Time (Over & Over)” opens the album with a soothing dose of musical morphine, but gets followed by the wake-up call of Buckingham’s anxious “The Ledge,” the album’s most punk-influenced track. As confirmed in the interviews that accompany this deluxe five-CD/two-LP/one-DVD box set edition, much of Tusk – like its predecessor – is a Rashomon-esque account of life within the band as seen through the sharply contrasting viewpoints of their three songwriters. One of Stevie Nicks’s most delicate and downhearted songs, “Storms,” wallows in the guilt over her affair with then-married Fleetwood, and the subsequent karmic payback she endured when her best friend secretly moved into his house. Buckingham’s confrontational “Not That Funny” addresses Nicks, by then his ex, whom he saw as getting caught up in celebrity culture. It’s this candid quality that makes Tusk so contemporary even decades later.

That forthrightness gets magnified exponentially by the deluxe edition’s supplemental discs. One of them, “The Alternate Tusk,” presents the entire album via divergent versions of every song, including an early, piano-led rendition of Nicks’s “Sara” that lingers for nearly nine minutes; and Buckingham’s languid “That’s All for Everyone,” here featuring entirely different lyrics. Another disc, “Singles, Outtakes, Sessions,” demonstrates through multiple editions of some tracks like Buckingham’s “I Know I’m Not Wrong” – the first song recorded for the album, but the last one to be definitively completed – how the album evolved during Tusk‘s year-long creation. The version of “Save Me a Place” on this disc lacks the weeping bluegrass harmonies that define the released take, but Buckingham’s vocal here is even more pained. Two discs of “Tusk Tour Live” serve as a considerably longer and looser alternate edition of the band’s 1980 live album, which chronicled that same world trek. And the set’s audio DVD provides a new 5.1 surround sound mix by Caillat that maximizes the album’s one-of-a-kind combo of punky verisimilitude and surreal opulence, and drives one point home harder than ever: No other band could’ve recorded Tusk.