To Pimp a Butterfly - Rolling Stone
×
× 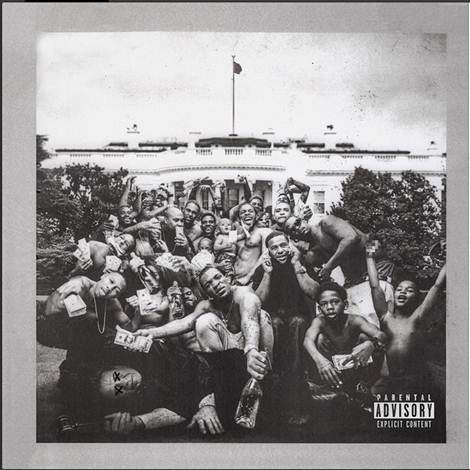 Hashtag this one Portrait of the Artist as a Manchild in the Land of Broken Promises. Thanks to D’Angelo’s Black Messiah and Kendrick Lamar’s To Pimp a Butterfly, 2015 will be remembered as the year radical Black politics and for-real Black music resurged in tandem to converge on the nation’s pop mainstream. Malcolm X said our African ancestors didn’t land on Plymouth Rock, Plymouth Rock landed on us. The cover of Lamar’s second major-label LP flips that maxim with a fantasia of bare-chested young hoodrocks flashing cash and booze on the White House grounds, Amerikkka’s Most Unwanted victoriously swarming a toppled symbol of pale-skinned patriarchy.

Kendrick Lamar's 'To Pimp a Butterfly': A Track-by-Track Guide

The party begins in earnest with George Clinton’s blessings and bassist Thundercat’s love for Bootsy Collins. “Wesley’s Theory” is a disarming goof that’s also a lament for the starry-eyed innocence lost to all winners of the game show known as Hip-Hop Idol. “Gather your wind, take a deep look inside,” Clinton says. “Are you really who they idolize?” Lamar’s got plenty of jokes and jeremiads to launch at himself, us and those malevolent powers that be. “I want you to recognize that I’m a proud monkey,” he raps later on. “You vandalize my perception, but can’t take style from me.”

He’s also made hella room for live jazz improv on this furthermucker, from the celestial keys of virtuoso pianist Robert Glasper to the horns of Terrace Martin and Kamasi Washington to Thundercat’s low end. Black Musicians Matter majorly here – their well-tempered orchestral note-worrying a consistent head-nod toward Sun Ra, which producers including Flying Lotus and Lamar’s right-hand Sounwave smush into a lush volcanic riverbed of harmonic cunning and complexity. Only a lyricist of Lamar’s skills, scope, poetics and polemics would dare hop aboard it and dragon-glide. His virtuosic slam-poetic romp across bebop blues changes on “For Free?” harkens back to LA’s Freestyle Fellowship.

Clearly, this is Lamar’s moment to remake rap in his own blood-sick image. If we’re talking insurgent content and currency, Lamar straight up owns rap relevancy on Butterfly, whatever challengers to the throne barely visible in his dusty rear-view. He relishes and crushes the gift he’s been handed by CNN in the national constabulary’s now weekly-reported racist tactics, 21st-century apartheid American style: “It’s a new gang in town, from Compton to Congress/…Ain’t nothing new but a flow of new Demo-Crips and Re-Blood-licans.” This tactic is nowhere more resonant than on the studio-rigged beyond-the-grave convo with 2Pac he conjures up on ”Mortal Man,” letting Pac deliver the album’s most-fatalist mad-prophetic zinger: ”Next time it’s a riot, there’s gonna be bloodshed for real. . .I think America thinks we was just playing, but it’s gonna be murder. . .like Nat Turner 1831 up in this muthafucka.”

But Lamar’s own fears of assuming a messiah position are upfront and personal. “I been wrote off before, I got abandonment issues,” he says on “Mortal Man.” “How many leaders you said you needed then left ’em for dead?/Is it Moses, is it Huey Newton, or Detroit Red?” You can imagine Chuck D or Dead Prez going in as hard and witty against white supremacy as Lamar does on “The Blacker the Berry” and “King Kunta” – but you can’t picture them exposing the vulnerability, doubt and self-loathing swag heard on ”Complexion (A Zulu Love),” “u,” “For Sale?” and “i.” What makes Lamar’s bully pulpit more akin to Curtis Mayfield’s or Gil Scott Heron’s than any protest MC before him is the heart worn on his hoodie’s sleeves.