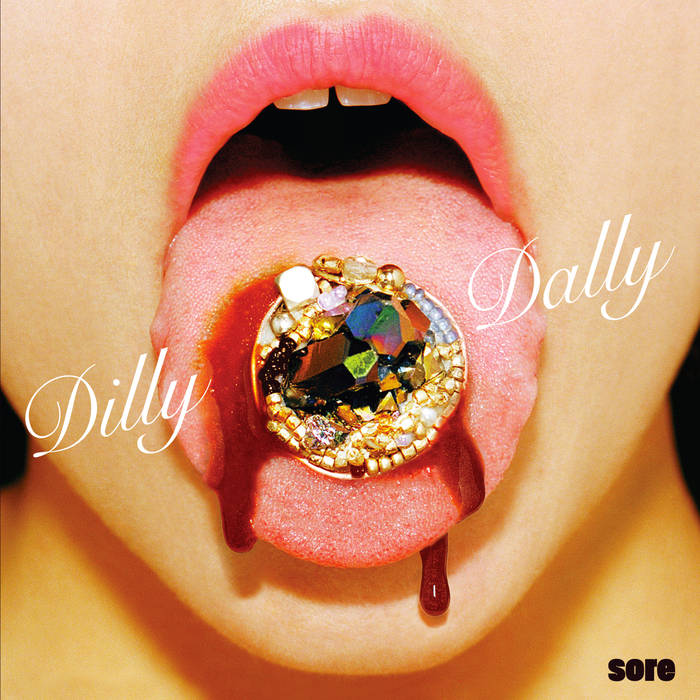 For Toronto’s Dilly Dally, spring awakening sounds less like bees buzzing than like chainsaws revving. The band’s leaders, Katie Monks and Liz Ball, are old friends who have zero patience for double standards or sexual frustration. The first track on their killer debut LP alternates between a hush and a mutant assault, driven by Ball’s pummeling guitar and Monks’ irascible wail, in ways that recall Nirvana’s “Rape Me.” Indeed, In Utero is a clear touchstone throughout Sore. But Monks’ crackly, bruised, expressive lead vocals don’t recall Cobain so much as what Stevie Nicks might have sounded like if she’d wandered into CBGB in 1978.

Many of the songs on Sore feel like they’re about adolescence, and the ways we endure or conquer its trials — see the rebellious “Purple Rage” (“You try to stop me but I’m/Not dead”), the howling “Witch Man” and the fierce melancholia of “Ice Cream.” Bassist Jimmy Tony and drummer Benjamin Reinhartz help bring a heavy power even to the more vulnerable moments, like “Green.” On “The Touch,” Monks fantasizes about a domestic man (“Just because my heart is clean doesn’t mean it’s new”) and whittles that desire down to a shiv. On “Snake Head,” meanwhile, her narrator sounds like a modern twist on Camus’ murderous Meursault: “Excuse me, let me get my backpack,” she drawls fearsomely. “These painkillers are no fun.” Her kind of wild rings true well past the edge of 17.